CBD: Everything You Need to Know 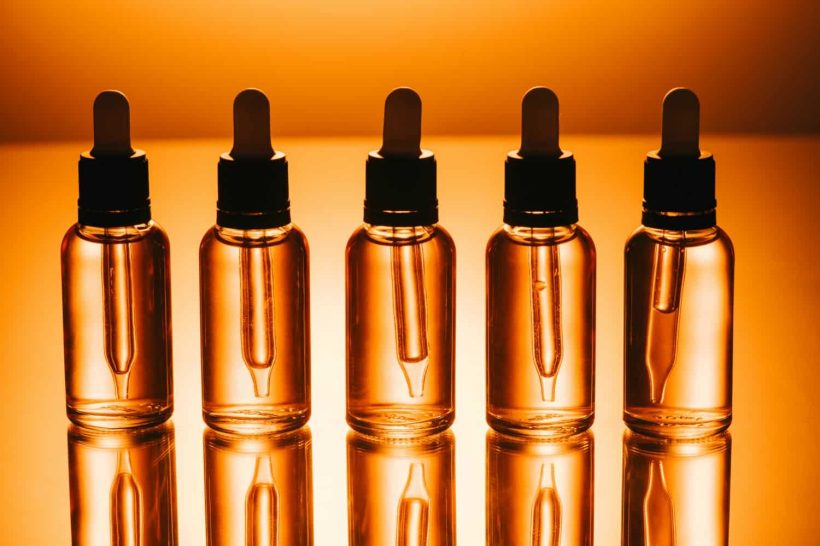 In honor of National CBD Day, CannaMD wants to clear up some cannabinoid confusion once and for all. So sit back, relax – and if you can’t relax, grab some CBD! – because today’s post is a deep dive into everything you need to know about the most popular cannabis compound around.

(And yep, we’ll tell you the best places to get it, too!)

Let’s clear up one of the biggest sources of confusion right off the bat: CBD is a cannabis compound called cannabidiol. When people say they’re buying or using “CBD,” they’re referring to products (most often oils) that are rich in this compound. However, many of these products contain a number of other cannabinoids as well.

If you haven’t heard of the endocannabinoid system before, that’s probably because it wasn’t discovered until the early 1990’s. But just because it’s new (to us), doesn’t mean it’s not important. In fact, science suggests the opposite: In the past two decades alone, studies have shown that the endocannabinoid system influences everything from metabolism and cognition to immune function and aging!

Interestingly, the cannabis plant also produces chemical compounds that are nearly identical to the natural ones our body produces! These compounds are called phytocannabinoids (although most people just call them cannabinoids).

But, while CBD may be one of the most famous cannabinoids, it’s certainly not the only one. Researchers believe cannabis contains over 100 unique chemical compounds!

It can be argued that a big part of CBD’s appeal comes from publicity. There’s a host of other cannabinoids that produce positive effects, with much smaller fanfare (here’s looking at you, THCV!). But CBD’s stolen the spotlight, partially because of its good cop/bad cop relationship with another famous cannabinoid: Tetrahydrocannabinol or THC.

THC is responsible for marijuana’s psychoactive effects. If you feel “high,” THC’s usually to blame. But unlike THC, CBD does not possess any mind-altering properties. In fact, it often works to counteract and/or balance THC-induced reactions.

Hemp and marijuana are part of the Cannabaceae family come from the same mother plant; however, like all brothers and sisters, they have a different genetic makeup. Unlike marijuana-derived CBD products, which can contain a high percentage of THC, hemp-derived CBD oil, also called hemp oil, never has more than 0.3% THC.

That means there’s no way hemp – or any of its derivative products – are getting you high. As the Ministry of Hemp puts it:

One more difference? Hemp is often used in manufacturing; whereas marijuana serves a primarily medicinal/recreational purpose.

And for any aspiring botanists out there: Unlike marijuana, hemp plants adapt to most climates and require minimal care!

(For more information, see: What Is Hemp & Why Does It Matter?.)

Why is hemp CBD illegal in some states?

Drugs, substances, and certain chemicals used to make drugs are classified into five categories (known as schedules) depending on the Department of Drug Enforcement Agency (DEA)’s definition of the drug’s acceptable medical use and abuse/dependency potential. For example, the DEA considers Schedule I drugs to have a “high potential for abuse and the potential to create severe psychological and/or physical dependence.” Schedule V drugs represent the lowest potential for abuse.

Marijuana is currently classified as a Schedule I substance (along with heroin, LSD, and ecstasy). Not surprisingly, hemp is often confused with marijuana. In 1970, the U.S. government classified all cannabis varieties, including hemp, as Schedule I under the Controlled Substances Act (despite decades of agricultural research detailing its differences from marijuana). Fortunately in 2014, the Federal Farm Bill re-opened the door for industrial hemp research.

More recently, the 2018 Farm Bill expanded hemp legislation. This new bill allows broad hemp cultivation. It explicitly allows the transfer of hemp-derived products across state lines for commercial and other purposes. And, importantly, it puts no restrictions on the sale, transport, or possession of hemp-derived products, so long as those items are produced in a manner consistent with the law.

However, there are a number of restrictions.

The Farm Bill creates exceptions to Schedule I status only in certain situations. It states that any hemp-derived cannabinoid will be legal, if and only if that hemp is produced in a manner consistent with the Farm Bill, associated federal regulations, association state regulations, and by a licensed grower – which explains why hemp-derived CBD laws may vary from state to state (especially in the early stages of implementation).

All other cannabinoids (such as THC and THCV), produced in any other setting, remain a Schedule I substance under federal law and are thus illegal.

The one exception is pharmaceutical-grade CBD products that have been approved by the FDA, which currently only includes one medication: Epidiolex.

On Sept. 27, 2018, the DEA announced a rule change that placed “FDA-approved drugs that contain CBD derived from cannabis and no more than 0.1 percent THC” in Schedule V – marking the first time any cannabinoid has appeared in a drug or substance classified outside of Schedule I. However, as the DEA was quick to point out:

Cannabis itself is still classified as Schedule I.

Also, important to keep in mind: The DEA’s rule change does not reschedule CBD in general. Instead, the rule change allows for very specific exceptions. So far, the only cannabis-derived medication to fit the bill is Epidiolex.

Understandably, this technicality has resulted in a lot of confusion – prompting news outlets to publish articles such as No, The DEA Did Not Reschedule the CBD Compound and US Reschedules CBD Drug, But Not CBD Itself.

But the government is clear. As DEA spokesperson Rusty Payne explains:

What this does not do is legalize or change the status of CBD oil products. As of right now, any other CBD product other than Epidiolex remains a Schedule I controlled substance, so it’s still illegal under federal law.

So what exactly is Epidiolex?

Prior to receiving FDA approval, Epidiolex underwent a number of clinical trials establishing the medical efficacy of CBD. For instance, in a randomized double-blind, placebo-controlled trial performed at 30 clinic centers, researchers found that the addition of CBD to traditional seizure medication significantly decreased the rate of drop (or atonic) seizures.

Specifically, study results showed that in a group of 225 people, drop seizures decreased from baseline by:

As Florida’s leading medical marijuana physicians, every time we hear the question, “What’s the difference between hemp CBD and marijuana CBD?”, our first instinct is to remain patients that CBD is CBD.

The chemical compound is the same. However, that doesn’t mean that CBD products are the same.

(Don’t worry, if that part doesn’t make sense now, it will in a second!)

Although they share the same mother plant, marijuana and hemp are two separate plants – meaning that, in addition to being subject to different laws and regulations, they’re also cultivated and harvested differently. Researchers are quick to point out that marijuana-derived CBD, or cannabis oil, may be safer and more effective.

According to Project CBD:

A huge amount of industrial hemp is required to extract a small amount of CBD. This raises the risk of contaminants as hemp is a bio-accumulator – meaning the plant naturally draws toxins from the soil.

Hemp oil also lacks critical terpenes and other secondary cannabinoids found in cannabis oil. This point is especially important, as a growing body of research suggests that whole plant treatment – or the interaction of different cannabinoids – is necessary to get the most benefit out of cannabis products.

What can CBD do?

The easier question is: What can’t CBD do?!

CBD-based medications are frequently used to treat anxiety. (In a recent study, researchers found that a combination of high CBD – greater than 11% – and high TCH –greater than 26% – may be the most effective cannabinoid ratio…).

CBD is also a favorite among insomnia patients. Studies show that medium/high-dose CBD regimens have been associated with an increase in percentage of total sleep.

As discussed with Epidiolex, CBD is also effective at treating epilepsy and seizures. A 2010 study published by The Journal of Pharmacology and Experimental Therapeutics found that:

CBD had beneficial effects on seizure severity and lethality in response to pentylenetetrazole (PTZ) administration without delaying the time taken for seizures to develop. CBD demonstrated clear anticonvulsant effects in terms of significant reductions in median seizure severity, tonic-clonic seizures, and mortality.

Importantly, CBD fights inflammation, which is associated with a number of chronic diseases. For instance, multiple sclerosis (MS) is a disease in which the immune system attacks the body’s nervous system, including the brain, optic nerve and spinal cord. This results in chronic inflammation that produces elevated cytokine levels which can cause neural degeneration and central nervous system damage.

A cannabis study published in the Neurobiology of Disease concluded:

Our findings highlight the anti-inflammatory effects of CBD in this viral model of MS and demonstrate the significant therapeutic potential of this compound for the treatment of pathologies with an inflammatory component.

These anti-inflammatory properties have demonstrated use in a wide range of conditions, including irritable bowel disease, where researchers found:

And, in perhaps the most headline-worthy development, doctors recently submitted a case report of a patient with lung cancer, who saw his tumor shrink in half following CBD use!

Where to Buy CBD in Florida

In order to purchase marijuana-derived CBD products in Florida, you must first qualify for a medical marijuana certification. To find out for FREE if you qualify, fill out our easy online application or give CannaMD a call today at (855) 420-9170!

Already have your card and ready to make a purchase? You’re in luck! CannaMD‘s organized all state-approved medical marijuana treatment centers (or dispensaries) in one easy-to-navigate page: Florida Marijuana Dispensaries.

Looking for address details? Click the dispensary of your choice, and you’ll find additional details and a full list of locations!

CannaMD makes getting your Florida medical marijuana card fast and convenient! Complete a FREE application today or call (855) 420-9170 to get started!

Questions about CBD? Let us know in the comments section, below!