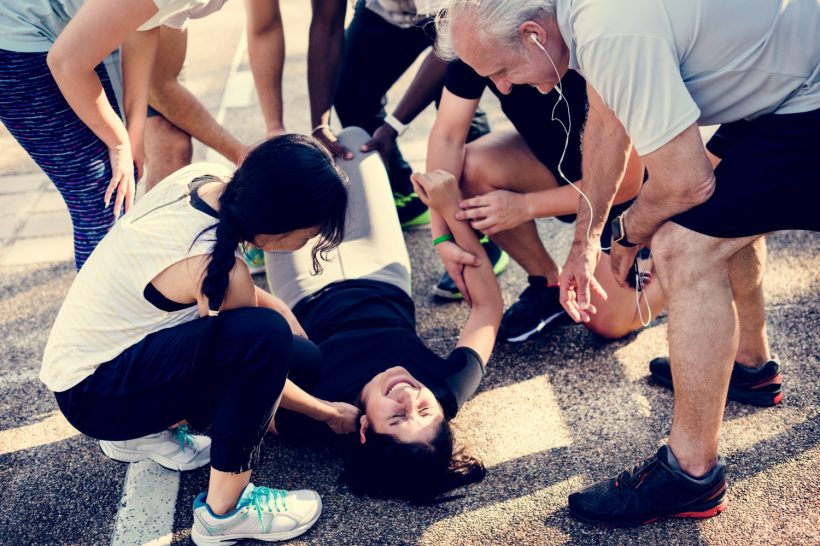 According to The Epilepsy Foundation of America, 1 in 26 people will develop epilepsy in their lifetime.

In this article, CannaMD details how the active chemical compounds in medical marijuana contribute to epilepsy relief, helping to stop seizures.

What is a Seizure?

A seizure is an abnormal, uncontrolled electrical disturbance in the brain. There are three main types of seizures:

To learn more about the different types of seizures and how they affect the brain and body, see: The Epilepsy Foundation of America.

Epilepsy is a diverse group of neurological disorders characterized by a tendency to cause seizures that begin in the brain. Epilepsy is typically diagnosed if a person has two unprovoked seizures (or one unprovoked seizure with the likelihood of more) that were not caused by some known and reversible medical condition like alcohol withdrawal or extremely low blood sugar.

Over 65 million people worldwide are currently diagnosed with epilepsy. At least one million Americans suffer from refractory epilepsy, which has no known cure and does not respond to medication.

On June 25, 2018, the U.S. Food and Drug Administration (FDA) approved the first drug comprised of an active ingredient derived from marijuana for the treatment of seizures: Epidiolex. This medication focuses specifically on  two rare and severe forms of epilepsy, Lennox-Gastaut syndrome and Dravet syndrome, in patients two years of age and older. It is also the first FDA-approved drug for the treatment of patients with Dravet syndrome.

Before receiving its FDA approval, Epidiolex had to undergo a number of clinical trials. Below, we’ve outlined some of the findings from these trials and other studies focused on marijuana and seizures:

STUDY: Effect of Cannabidiol on Drop Seizures in the Lennox–Gastaut Syndrome

DETAILS: Atonic seizures are a form of generalized onset seizures that result in complete muscle laxity. These seizures are also called drop seizures because people who have them will fall over if standing when they happen.  Drop seizures are common among people with Lennox-Gastaut and Dravet syndromes.

In a double-blind, placebo-controlled trial conducted at 30 clinical centers, 225 patients with Lennox–Gastaut syndrome who experienced two or more drop seizures per week during a 28-day baseline period were selected to receive an oral solution made from marijuana cannabinoid, cannabidiol (CBD).

STUDY: Trial of Cannabidiol for Drug-Resistant Seizures in the Dravet Syndrome

FINDING: CBD decreased the number of convulsive seizures experienced by those suffering from Dravet syndrome.

DETAILS: Dravet syndrome is a rare genetic epileptic encephalopathy (dysfunction of the brain) that is very resistant to traditional medication and has a high mortality rate. In a double-blind, placebo-controlled trial, 120 children and young adults with Dravet syndrome and drug-resistant seizures were randomly selected to receive either CBD oral solution at a dose of 20mg per kilogram of body weight per day or a placebo (in addition to standard anti-epileptic treatment).

The results of the study concluded:

STUDY: Cannabidivarin Is Anticonvulsant in Mouse and Rat

FINDING: CBVD may be an effective anticonvulsant for a broad range of seizure models.

DETAILS: A 2012 mouse and rat study researching the effects of marijuana cannabinoid, cannabidivarin (CBVD) showed that CBVD showed strong potential as an anticonvulsant.

Our most important finding is that CBDV possesses strong anticonvulsant properties in a range of in vivo seizure models that parallel a variety of human seizure types and pathologies; anticonvulsant effects were also seen after oral, as well as i.p., administration.

[T]he significant anticonvulsant effects and favorable motor side effect profile demonstrated in this study identify CBDV as a potential standalone AED or as a clinically useful adjunctive treatment alongside other AEDs.

STUDY: Cannabidiol Displays Antiepileptiform and Antiseizure Properties In Vitro and In Vivo

JOURNAL: The Journal of Pharmacology and Experimental Therapeutics

CBD had beneficial effects on seizure severity and lethality in response to PTZ administration without delaying the time taken for seizures to develop. CBD (100 mg/kg) demonstrated clear anticonvulsant effects in terms of significant reductions in median seizure severity, tonic-clonic seizures, and mortality.

Particularly striking effects were that < 10% of animals developed tonic-clonic seizures or died when treated with CBD in comparison to approximately 50% of vehicle-treated animals.

The present data strongly substantiate a number of earlier in vivo studies suggesting that CBD has anticonvulsant potential.

The scientists involved in the study concluded:

In the future, it will be of interest to extend studies to other animal seizure models and also to combination therapies with selective AEDs to determine the full clinical anticonvulsant potential of CBD against a range of epilepsy phenotypes.

If you currently suffer from epilepsy, you may be eligible to receive medical marijuana treatment. To find out if you qualify for free, simply call 1 (855) 420-9170 or fill out a quick application online!