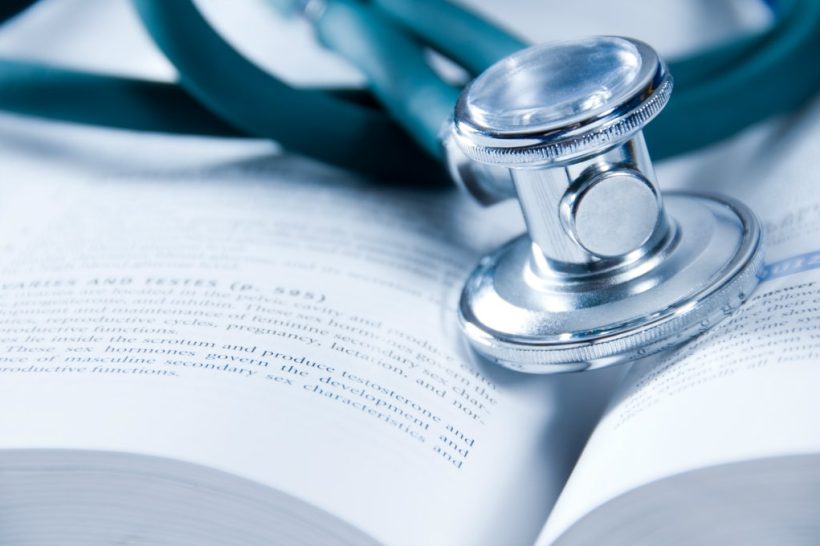 On Thursday, Sept. 27, 2018, the DEA announced a rule change that will place “FDA-approved drugs that contain CBD derived from cannabis and no more than 0.1 percent tetrahydrocannabinols” in Schedule V. (For more details, see: DEA Rule Change: Marijuana, CBD Scheduling.)

This paves the way for the first FDA approved cannabis-derived medication, Epidiolex, to hit U.S. markets.

But what is Epidiolex? And what scientific studies led to its landmark approval?

CannaMD takes a closer look at the new epilepsy medication that has the whole country talking.

Epilepsy is a chronic disorder featuring recurring, unprovoked seizures. According to the Epilepsy Foundation, while epileptic seizures may be related to brain injury or hereditary factors, the cause is often completely unknown.

It’s estimated that there are more than twice as many people with epilepsy in the United States as the number of people with cerebral palsy, muscular dystrophy, multiple sclerosis, and cystic fibrosis combined.

At least one million Americans suffer from uncontrolled epilepsy, which does not respond to medication. There is currently no known cure.

On June 25, 2018, the Food and Drug Adminstration (FDA) approved the first drug comprised of an active ingredient derived from marijuana: Epidiolex. Designed to treat seizures associated with two rare and severe forms of epilepsy, Lennox-Gastaut syndrome and Dravet syndrome, Epidiolex is a purified (> 98% oil-based) cannabidiol (CBD) extract from the cannabis plant administered via an oral spray.

Prior to receiving FDA approval, Epidiolex underwent a number of clinical trials. The most significant findings from these trials, along with other landmark studies, are summarized below:

In a randomized double-blind, placebo-controlled trial performed at 30 clinic centers, researchers found that the addition of CBD to traditional seizure medication significantly decreased the rate of drop (or atonic) seizures. Specifically, study results showed that in a group of 225 people, drop seizures decreased from baseline by:

2. CBD results in a greater decrease in convulsive-seizures than placebo

Researchers randomly assigned 120 children and young adults with Dravet syndrome and drug-resistant seizures to receive either CBD oral solution or placebo, in addition to standard anti-epileptic treatment. The percentage of people who had at least a 50% reduction in convulsive-seizure frequency was:

The frequency of total seizures of all types was significantly reduced with CBD (however, there was no significant reduction in non-convulsive seizures). The percentage of people who became seizure-free was 5% with CBD and 0% with placebo.

3. CBDV may be an effective anticonvulsant in a broad range of seizure models

Another cannabinoid, CBDV, has recently gained attention in the epilepsy community, with a 2012 mouse and rat study concluding:

Our most important finding is that CBDV possesses strong anticonvulsant properties in a range of in vivo seizure models that parallel a variety of human seizure types and pathologies.

The significant anticonvulsant effects and favorable motor side effect profile demonstrated in this study identify CBDV as a potential standalone anti-epileptic drug or as a clinically useful adjunctive treatment alongside other anti-epileptic drugs.

4. CBD had beneficial effects on seizure severity and lethality

A 2010 study published by The Journal of Pharmacology and Experimental Therapeutics found that:

CBD had beneficial effects on seizure severity and lethality in response to pentylenetetrazole (PTZ) administration without delaying the time taken for seizures to develop. CBD demonstrated clear anticonvulsant effects in terms of significant reductions in median seizure severity, tonic-clonic seizures, and mortality.

Particularly striking effects were that < 10% of animals developed tonic-clonic seizures or died when treated with CBD in comparison to approximately 50% of vehicle-treated animals. The present data strongly substantiate a number of earlier in vivo studies suggesting that CBD has anticonvulsant potential.

This work, along with earlier cannabis research, has led scientists to petition for additional studies. As summarized by the academic journal, Seizure:

For updates on developing marijuana and epilepsy research, be sure to subscribe to the CannaMD newsletter.

If you currently suffer from epilepsy, you could be eligible to receive medical marijuana treatment. To see if you qualify, complete an application today.

Thoughts or questions about epilepsy and medical marijuana? Let us know in the comments section, below!