Marijuana May Cause Crohn’s Disease Remission 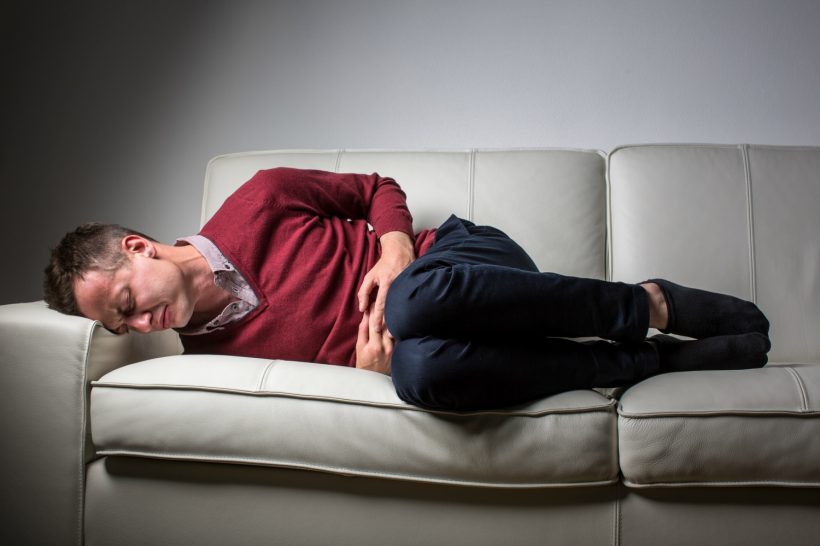 If you are suffering from Crohn’s disease, medical marijuana may help. Many who suffer from this painful and debilitating condition have already turned to marijuana, and their stories of symptom relief and disease remission are now being reinforced by an increasing body of research.

More than three million Americans are now diagnosed with inflammatory bowel disease (IBD), which includes Crohn’s disease and ulcerative colitis. This is an increase of more than one million since 1999, making IBD a condition that is growing more common – and still lacking a cure.

Crohn’s disease is caused by an abnormal immune response that creates excess inflammation in the digestive system, most often affecting the walls of the large and small intestines. Common symptoms of the disease include:

Additional complications can include intestinal blockage caused by swelling or a build-up of scar tissue in the intestinal walls.

PROS AND CONS OF DRUG THERAPIES

In  the absence of a cure, current treatments focus primarily on symptom relief, the reduction of inflammation and prevention of flare-ups.

Persons recently diagnosed with Crohn’s disease and those with mild to moderate symptoms are often prescribed a class of drug known as aminosalicylates. While these medications can be effective, they bring with them a range of common side effects that include diarrhea, headaches, heartburn, abdominal pain, nausea and vomiting.

For moderate to severe cases, patients may be prescribed inflammation-reducing corticosteroids. These drugs also have side effects, which can include acne, bone mass loss, elevated blood pressure, high blood glucose, weight gain, mood swings and an increased risk of developing infections.

A third class of pharmaceuticals that may be prescribed for long-term use are immunomodulators, which reduce inflammation by depressing the body’s immune system. These drugs can take several weeks to several months to start working, and can cause fatigue, nausea and a low white blood cell count, which increases the risk of infections.

The simple fact that Crohn’s disease is an inflammatory condition indicates that marijuana may provide some degree of relief. Alternative and traditional medicines have has long embraced the anti-inflammatory properties of cannabis, and there is a growing body of evidence to support these beliefs.

Marijuana’s role in pain management is also appreciated by many who suffer from Crohn’s disease. This became the subject of national attention when comedian Pete Davidson, who suffers from Crohn’s disease,  revealed that medical marijuana provided better symptom relief that prescribed medications.

In recognition of such reporting, a study published in the Journal of Gastroenterology and Hepatology stated:

Anecdotal reports have suggested a therapeutic role for cannabis in the treatment of IBD for hundreds of years. A case report from 1990 describes patients with IBD maintaining remission of disease via cannabis use.

As the therapeutic use of cannabis gains more attention in the press, there is growing recognition of a fraction of IBD patients who are using cannabis for symptomatic control of their IBD, reportedly with successful management of abdominal pain, joint pain, cramping, diarrhea, poor appetite, weight loss, and nausea.

Similar studies reinforce the connection between medical marijuana use and the relief of IBD-associated intestinal symptoms. According to one such survey published in Nature Reviews Gastroenterology  & Hepatology:

The majority of the patients reported that cannabis was “very helpful” in reducing [abdominal pain, loss of appetite, nausea and diarrhea] symptoms.

More definitive numbers come from a 2014 Canadian study in which patients self-administering marijuana for the relief of IBD symptoms reported that cannabis improved:

This study also indicated an increased history of surgery for patients with Crohn’s disease who were long-term users of cannabis; however, the authors acknowledge that there was no direct link between these two factors.

Researchers also went on to state:

In addition, 82.1% of users planned to continue using cannabis for their IBD and 87.5% would recommend cannabis to other patients for management of IBD

MARIJUANA AT THE CELLULAR LEVEL

The specific mechanisms by which marijuana relieves symptoms of Crohn’s diseases are not fully understood, but there is evidence suggesting that the benefits are not limited to the anti-inflammatory properties of  cannabis and its derivatives. Studies have suggested that the stimulation of certain cannabinoid receptors called CB1 can exert a protective function in animal models of inflammatory bowel diseases.

There are also indications that marijuana cannabinoid CBD inhibits production of the fatty acid amidohydrolase, which in turn results in increased concentrations of the neurotransmitter anandamide. Popularly referred to as “the bliss molecule,” anandamide has been shown to play key roles in both the central and peripheral nervous systems, and is considered a natural antidepressant.

Lastly, marijuana cannabinoid THC has been shown to impair cytokine production and control levels of the IBD-associated pro-inflammatory cytokine TNFα 41 (elevated levels of this cytokine are associated with the development of Crohn’s disease and other conditions).

Some of the most noted research into the effects and potential benefits of marijuana in the treatment of Crohn’s disease comes from a group at the University of Jerusalem lead by Dr. Timna Naftali. Previous studies by this group made news when reporting positive Crohn’s disease benefits from an eight-week trial of THC-rich cannabis.

Most recently, Naftali gained the attention of the research community when presenting at the 2018 United European Gastroenterology conference on findings from a eight-week study of 46 individuals with moderately severe Crohn’s disease:

The group receiving the cannabis oil (15% CBD and 4% THC) had a significant reduction in their Crohn’s disease symptoms compared with the placebo group, and 65% met strict criteria for clinical remission (versus 35% of the placebo recipients).

Interestingly, Naftali went on to note:

While further research will be necessary to form a more complete picture of the potential role cannabinoids may play in the remission and possible reversal of Crohn’s disease, this statement indicates that there may be some interesting mechanisms of action that have yet to be explored.

HOW TO TREAT CROHN’S DISEASE WITH MEDICAL MARIJUANA

In addition to its positive effects on disease progression, medical marijuana is also a therapeutic treatment for a number of Crohn’s disease symptoms, including loss of appetite, fatigue and trouble sleeping. To see if you qualify for medical marijuana treatment, complete our free online application today!