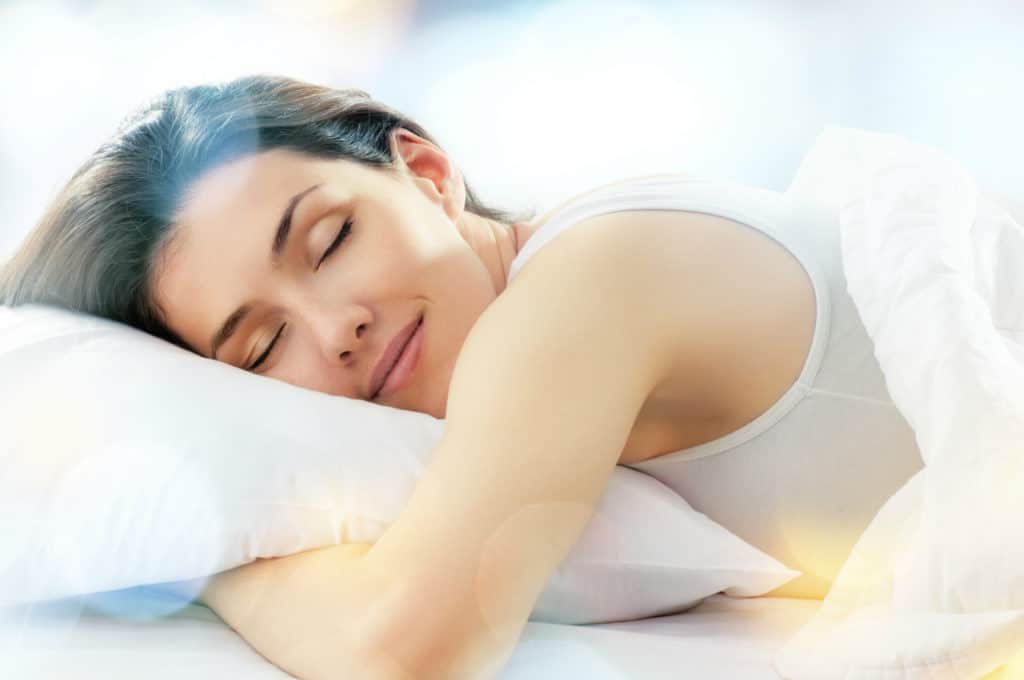 With nearly half of the U.S. population struggling with sleep problems at some point in adulthood, insomnia has the potential to wreak havoc on a person’s daily life. Experiencing a state of hyper-arousal throughout the day, individuals may find it difficult to hit the off-switch from the stimulation and worries of daily life, which may turn into anxiety about how not getting enough sleep will impact their ability to function tomorrow.

Dissatisfaction with pharmaceutical sleep aids and common over-the-counter pills may also leave sufferers feeling frustrated and hopeless that they may never wake up feeling rested.

Medical marijuana has been praised for centuries for its healing effects, but has only recently gained traction in the medical community as a viable sleep aid as well. As new research emerges, medical marijuana and its derivatives are becoming an increasingly popular alternative to traditional treatments for insomnia.

The term insomnia generally encompasses any difficulty falling or staying asleep, or experiencing non-restorative sleep. As a chronic condition, insomnia can affect physical function, pain perception, and social function, as well as emotional and mental health.

Age and gender are clear risk factors, with prevalence increasing for women and older adults. Other risk factors include the onset of menopause in women, working night-shifts or irregular hours, psychiatric disorders, and comorbid medical disorders.

The most common psychiatric disorders associated with insomnia are depression and anxiety. Recent research suggests that depression and insomnia may share some neural pathways and physiological mechanisms, increasing vulnerability to both conditions.

Current treatments for insomnia include pharmaceutical hypnotics, benzodiazepines, antidepressants, antihistamines, antipsychotics, sedatives, melatonin agonists, and a slew of over-the-counter sleep aids. Barring efficacy of these treatments, patients and their physicians must consider the potentially harmful side effects of traditional sleep remedies, especially in cases where a patient may need two to three different medications to achieve a full night’s sleep. Dangerous drug interactions, risk of falls, daytime drowsiness, diminished job performance, and drug abuse and dependency rise to the forefront of this list.

Other side effects may include headaches, confusion, memory impairment and difficulty concentrating. Many pharmaceutical treatments have incredibly dangerous side effects, as seen in a study linking benzodiazepines as a contributing factor to opioid-related deaths.  One commonly prescribed medication, Ambien (zolpidem), lists a string of potential side effects, ranging from a “drugged” feeling and loss of coordination to muscle pain and vision changes.

Ironically, insomnia is even listed as one of Ambien’s potential side effects!

In light of potentially harmful side effects that pharmaceutical regimens may cause, medical marijuana may be an effective and safe alternative. A patient survey published in the Hawaii Journal of Medicine & Public Health found that 45% of patients reported relief from insomnia after using state-legalized medical marijuana.

Similarly, the Medicines Journal from Molecular Diversity Preservation International (MDPI) conducted research on over 400 people who ingested cannabis as a means of insomnia relief. The average reduction in severity on a 0-10 self-reported scale fell by 4.5 points, indicating “exceptional” relief after ingesting medical cannabis in naturalistic conditions.

The study also found that ingesting medical cannabis through pipes and vaporizers yielded more positive effects than the use of joints.

Consumption of medical cannabis flower is associated with significant improvements in perceived insomnia with differential effectiveness and side effect profiles.

At times, insomnia may present as a symptom of a different condition. One common condition that may impact sleep is post-traumatic stress disorder (PTSD). A literary review on PTSD in the American Journal of Health-System Pharmacist found that:

Substantial numbers of military veterans with PTSD use cannabis or derivative products to control PTSD symptoms, with some patients reporting benefits in terms of reduced anxiety and insomnia and improved coping ability.

Opioid use may also influence insomnia. Fortunately, more and more physicians across the nation are beginning to recognize medical marijuana as a potential complement to or replacement for opioids, which could reduce the use of sleep aids even further.

(One epidemiological study of opioid users in the New England area found that over 65% of those surveyed decreased their complementary sleep medications after beginning a medical cannabis regimen!)

Effects of Marijuana on Sleep

Chemical compounds found in marijuana – known as cannabinoids – are responsible for the effects of marijuana on the body. Examples include cannabidiol (CBD) and tetrahydrocannabinol (THC). While CBD has no psychoactive effect, THC, on the other hand, is responsible for the commonly described “high” associated with marijuana. However, THC can also help reduce REM sleep and increase more restorative forms of deep-wave sleep.

REM sleep is responsible for the dreaming portion of sleep, with the theory being that a reduction in this period of sleep may increase the percentage of restful and restorative sleep throughout the night. Conditions like PTSD provided some of the earliest anecdotal evidence of marijuana’s efficacy in insomnia relief. Reduction of REM sleep through use of THC may decrease the period of time that those suffering with PTSD are afflicted with nightmares throughout the night – a common side effect of the condition.

But, while THC is useful, a number of researchers point to the equal benefits of CBD. In fact, one study found that CBD provided greater statistically significant insomnia relief than THC; a second study published by Current Psychiatry Reports echoed the same findings.

Of note: Medium/High-dose CBD regimens have been associated with an increase in percentage of total sleep, whereas low-dose CBD may actually act as a stimulant. Dosages of medical cannabis should be discussed with a qualified physician in order to find the individual’s optimal CBD/THC ratio, dosage, timing of dose, and route of administration.

Is Marijuana Right for Me?

It restores a person’s natural sleep cycle, which so often falls out of sync with our schedules in today’s modern lifestyle.

Interested in learning if medical marijuana can help your insomnia? Licensed physicians at CannaMD are available to help you achieve your best night’s sleep!

To see if you qualify for medical marijuana treatment, complete a quick application or call (855) 420-9170.