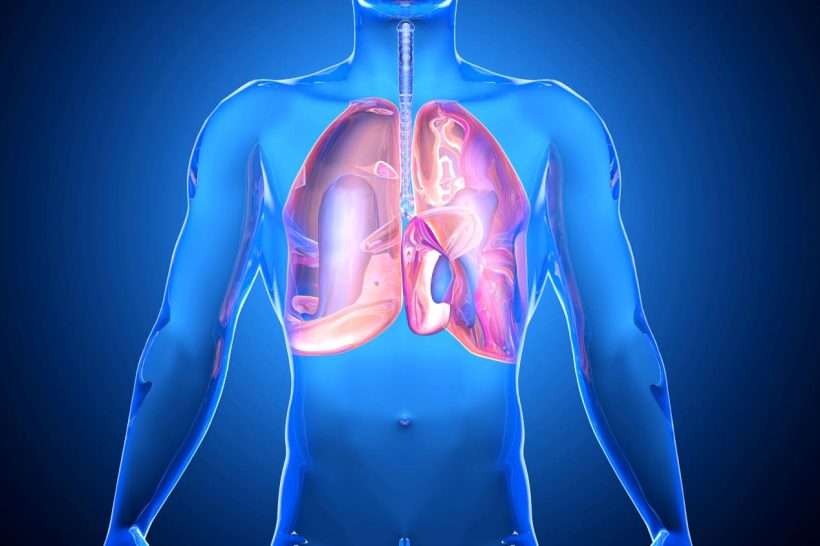 One of medical marijuana’s most promising uses is for the treatment of cancer. Cancer forms when the body’s cells begin to rapidly divide and multiply, eventually resulting in the growth of tumors. Current cancer treatments are both invasive and physically taxing. Marijuana has proven to be effective for dealing with symptoms of cancer treatment such as nausea and vomiting, but it may also have significant effects on cancer itself by slowing, stopping and even reversing the growth of cancerous tumors.

Lung cancer is a particularly difficult cancer to treat, as many patients fail to respond fully to treatment, which results in an eventual relapse. However, a recent study of an 81-year-old man with lung cancer suggests that cannabidiol (CBD), a naturally produced marijuana chemical compound, may help reverse the growth of tumors.

This particular patient had chosen not to receive chemotherapy or other cancer treatments because he was concerned that they would take a toll on him that would decrease his quality of life. Instead, he chose to use CBD oil twice a day. Within only two months, the tumor in the patient’s lung underwent a “significant reduction in size” to what doctors described as a “near total resolution.”

Initial scans of the man, who was diagnosed with lung adenocarcinoma in October 2016, showed a 2.5 by 2.5cm cancerous tumor in his left lung. A second scan conducted in December 2016 revealed the lung mass had increased in size to 2.7 by 2.8cm. However, in November 2017, something interesting happened:

Medical scans revealed the tumor had shrunk to just 1.3 by 0.6cm.

Curious, doctors asked the patient about any recent lifestyle changes. The man revealed he had started taking CBD oil (200mg of CBD/every 10ml) in September, just two months before his tumor decreased in size.

Ian Hamilton, a drug researcher at the University of York, who did not treat the patient, calls the report “important,” adding:

I think there is real potential with CBD but there is also a lot of false hope being given. This kind of case study is important but is unlikely to change medical practice. It will need a larger randomized control trial, which would help distinguish how much is down to the placebo effect.

The researchers who documented the case agree, concluding:

In summary, the data presented here indicate that CBD may have had a role in the striking response in a patient with histologically proven adenocarcinoma of the lung as a result of self-administration of CBD oil for a month and in the absence of any other identifiable lifestyle, drug or dietary changes.

Further work is needed both in vitro and in vivo to better evaluate the various mechanisms of action of CBD on malignant cells, and its potential application in the treatment of not only lung cancer but also other malignancies.

How Does Marijuana Fight Cancer?

Marijuana was first identified as a potential cancer treatment by a study performed on mice in 1975. The study found that the growth of tumors in mice either slowed or stopped with the administration of THC.

A later study found that suppressing CB1 receptor activity led to the acceleration of tumor growth, suggesting a link between the endocannabinoid system and cancer.

While treatments such as chemotherapy are able to destroy cancer cells, they may also damage other healthy cells; however, as the National Cancer Institute points out:

This means that the cannabinoids found in marijuana may be able to eliminate cancer cells, stop their growth and protect the body’s healthy cells throughout the process.

For more details, see: Everything We Know About Marijuana & Cancer.

CBD has become somewhat of a cultural phenomenon since it offers many therapeutic benefits and can be accessed nearly anywhere – even where marijuana is illegal. The reason for this is that CBD can also be found in hemp, a plant that shares the Cannabis sativa family with marijuana. Hemp contains a much lower level of THC than marijuana, which is the psychoactive compound responsible for perceived feelings of being “high.” There is less than 0.3% THC in hemp-derived CBD oil, which allows it to be legally sold and purchased even in states where marijuana is illegal.

While hemp-derived CBD may offer some of the pain relief and therapeutic benefits that patients are looking for, it is generally less effective than marijuana-derived CBD because of a lack of THC and other cannabinoids. Additionally, hemp has a lower CBD concentration than marijuana. To create hemp-derived CBD oil, the process requires many more plants, which can result in contamination by toxins and pesticides.

For these reasons, doctors and researchers recommend that patients use marijuana-derived CBD oil for medical purposes.

To learn more, see: Where to Buy CBD in Florida.

Under current legislation in Florida, cancer is a medical condition that can qualify a patient for treatment with CBD and other medical marijuana products. To determine if you qualify for treatment, call CannaMD at 1 (855) 420-9170 or consider filling out our free online application.