What Is Hemp and Why Does It Matter? 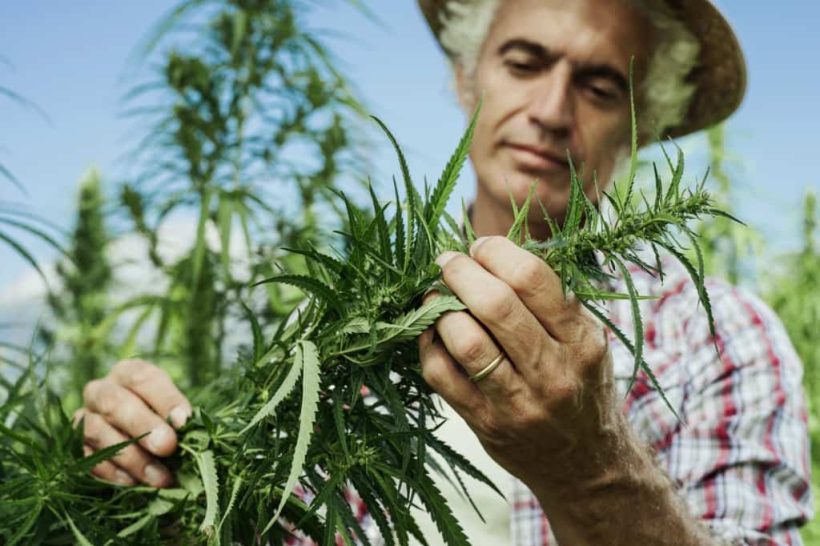 Hemp is a non-psychoactive variety of the cannabis plant, cannabis sativa. Often referred to as industrial hemp, cultivation dates back to 8,000 B.C. – making it one of the oldest domesticated crops known to man.

(For a closer look at the farming process, check out this behind-the-scenes video from the founders of Hemp History Week):

The male hemp plant has two main parts: the stalk and the seeds.

Hemp seeds are primarily used in food products (such as bread, milk, and cereal) and/or made into oil (including fuel, paint, and ink). Fiber from the stalk is mainly used in clothing and construction.

WHY IT MATTERS: Popular Mechanics estimates hemp has over 25,000 industrial uses.

How is hemp different from marijuana?

Hemp and marijuana come from the same mother plant; however, like all brothers and sisters, they have a different genetic makeup. Driving the point home, Ministry of Hemp notes:

“Your lungs will fail before your brain attains any high from smoking industrial hemp.”

Unlike marijuana, hemp plants adapt to most climates and require minimal care.

Hemp is also used in manufacturing; whereas marijuana serves a primarily medicinal/recreational purpose.

WHY IT MATTERS: Hemp is often confused with marijuana. In 1970, the U.S. government classified hemp under the Controlled Substances Act (despite decades of agricultural research detailing its differences from marijuana). In 2014, the Federal Farm Bill re-opened the door for industrial hemp research.

What’s the difference between hemp and cannabis CBD oil?

Cannabidiol (CBD) is a cannabis extract common to marijuana and hemp – but similarities stop there. Hemp-derived CBD, often called hemp oil, has less than 0.3% THC (the psychoactive compound in marijuana). This means that hemp oil – used for everything from skin care to pain relief – can be sold in states where marijuana is illegal.

While hemp oil has its benefits, researchers are quick to point out that marijuana-derived CBD, or cannabis oil, may be safer and more effective. According to Project CBD:

“A huge amount of industrial hemp is required to extract a small amount of CBD. This raises the risk of contaminants as hemp is a bio-accumulator – meaning the plant naturally draws toxins from the soil.”

WHY IT MATTERS: Forbes estimates hemp-derived CBD will be a billion-dollar market by 2020.

Was the Declaration of Independence really written on hemp?

Contrary to numerous reports, the Declaration of Independence was not written on hemp. The document was originally written on parchment paper. The second draft was written on Dutch hemp paper; however, the final copy was drafted on animal parchment.

But that doesn’t mean hemp didn’t play a significant role in history.

In the early 1940’s, Henry Ford designed a car made almost entirely of plant-based materials. According to the New York Times, approximately 10% of the car’s plastic was derived from hemp. 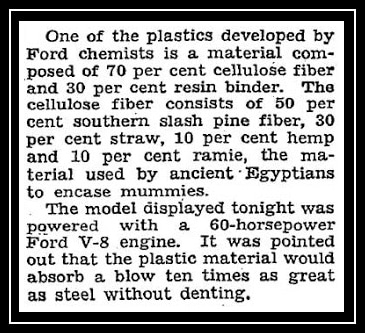 Ford originally hoped the car could run on hemp fuel; however, World War II tabled his efforts. Fortunately, researchers have picked up where Ford left off. A 2010 study found that hemp fuel could be efficiently used at lower temperatures than other forms of biodiesel.

And in 2016, Bruce Dietzen revealed the Renew Sports Car – an eco-friendly convertible made from 100 pounds of the cannabis plant.

WHY IT MATTERS: As universities such as the University of Pennsylvania seek to grow and study industrial hemp, the plant’s rich history serves as a solid foundation for legislative petitions and research applications.

Is hemp making a comeback?

All signs point to: Yes. More sustainable and 60 times faster to market than lumber, hemp holds incredible promise for the future. However, the industry still faces a number of hurdles.

Regardless, researchers are pushing forward. According to Hoban Law Group attorney Kevin Fortin, a patent search for “hemp and graphene” yields more than 600 results, including items such as supercapacitors, batteries, and atmospheric ion harvesters (which aim to create electricity by drawing electrons out of the air).

WHY IT MATTERS:  If scientists have their way, hemp might just change the world!

Marijuana-derived CBD is still only available to medical marijuana patients. If you are a Florida resident suffering from a qualifying medical condition, CannaMD may be able to help. To find out if you qualify, fill out an application today.

Questions, comments, or concerns? Let us know in the comment section, below!