Marijuana Guidelines: How to Treat Anxiety 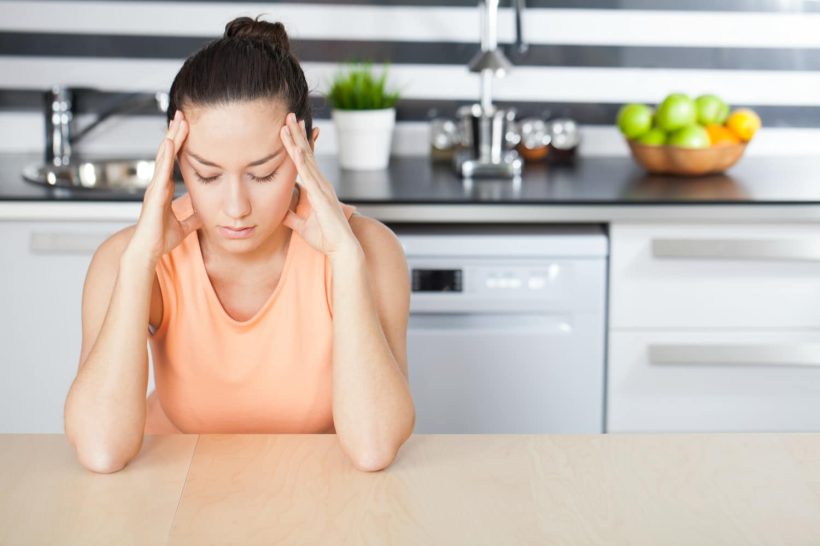 Anxiety is a familiar human emotion. You probably felt anxious before that big test back in high school, and you’ll probably experience a bit of anxiety when contemplating major life events. That’s normal. But for more than 40 million Americans, anxiety is not a passing thing. It’s a serious condition known as generalized anxiety disorder.

The National Institute of Mental Health defines generalized anxiety disorder as “having excessive anxiety or worry, most days for at least six months, about a number of things such as personal health, work, social interactions, and everyday routine life circumstances.” These pervasive fears and anxieties can cause significant problems in many areas of the sufferer’s life.

Note: Symptoms may vary among patients.

In mainstream medicine, the most common treatment for anxiety disorders is the prescription of pharmaceutical antidepressants known as selective serotonin reuptake inhibitors (SSRIs). Just over one in ten Americans over the age of 12 take these medications. You may recognize some of the more common drugs in this category such as Prozac, Celexa, Zoloft, Paxil, and Lexapro.

Yet despite a four-fold increase in the use of these drugs over the past three decades, the medical community has not seen a decrease in mental health issues such as generalized anxiety disorder. Instead, disability rates due to mental health have actually doubled. These numbers have caused some leaders in the field of mental health to question the effectiveness of pharmaceutical medications for the treatment of anxiety and other disorders.

And on top of SSRIs mixed record for effectiveness in real-world situations, these drugs have a number of undesirable side effects, ranging from headaches, dizziness and nausea to tremors, insomnia and a decreased sex drive.

Wouldn’t it be nice to have a natural alternative to treat anxiety?

Anecdotal evidence and patient experiences have long suggested that medical cannabis may reduce anxiety and alleviate stress. But statistically relevant research on the anxiety-reducing effects of marijuana has long remained sparse.

Early evidence comes from a pair of double-blind, placebo-controlled studies conducted in 1993 and 2011, which indicate that oral cannabidiol (CBD) – a chemical compound found in marijuana – significantly reduced anxiety and discomfort during a simulated public speaking task, both for students described as “normal” and in-patients diagnosed with social anxiety disorder.

More recent and comprehensive evidence comes from a study conducted by researchers from Washington State University.

A portion of this study focused on the effect that inhaled cannabis had on the perceived reduction of anxiety levels among 770 medical marijuana users (363 men, 402 women). Each study participant self-administered medical cannabis via one of five inhalation methods (smoking, vaping, concentrates, dab bubber, dab portable), and reported their results via the app Strainprint.

Based on the analysis of 5,085 reported sessions, the authors of the study concluded that:

These numbers suggest that cannabis is a viable alternative to traditional SSRI pharmaceutical options, and also lacks the numerous potential side effects that these drugs may cause.

(More information on the relationship between anxiety and the use of medical marijuana can be found in our blog: Anxiety and Marijuana, What Science Says.)

One specific goal of the study was to “examine potential gender differences in the perceived efficacy of cannabis in reducing symptoms of anxiety.” Or, in simpler terms: To determine if there might there be differences between men and women in the level of anxiety reduction achieved when using medical marijuana. This question was considered relevant because women are 60 % more likely than men to suffer from anxiety disorders.

The study revealed that while men and women both reported significant reductions in anxiety after inhaling medical cannabis, women experienced a greater degree of relief.

Using a scale of one to ten to describe their anxiety levels, women in the study were able to reduce symptoms from a average level of around six to levels just below two. The men’s average relief for the same starting average point of six was reduced to a level of approximately three.

Reactions to the use of medical cannabis are subject to variables including the frequency of dose and the ratio of marijuana’s two active ingredients, tetrahydrocannabinol (THC) and cannabidiol (CBD). The Washington State University study sought to determine the most favorable balance of these two compounds for the treatment of conditions including anxiety disorder, stress and depression.

TWO PUFFS MAY BE ENOUGH

An additional variable tracked by the study was the relationship of dose to relief, with dose defined as the number of inhalations, from one to ten. Analysis of the results showed that:

One puff produced significantly smaller changes in ratings of anxiety than all other doses (2 to 10+), but no other differences across doses beyond one puff were detected.

In conclusion, the Washington State University study stated that:

Results from the present study indicate that medical cannabis users report a substantial and significant reduction in symptoms of negative affect shortly after using cannabis.

This is good news for the millions who suffer from anxiety disorders, and are seeking a natural alternative to pharmaceuticals.

HOW TO QUALIFY FOR MEDICAL MARIJUANA