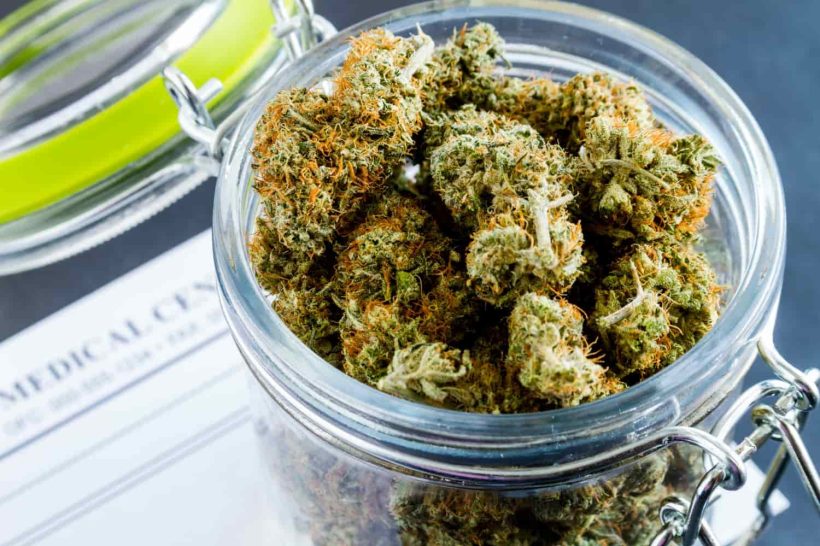 In addition to treating cancer therapy side effects (including nausea, depression, and loss of appetite), medical marijuana is being increasingly utilized to treat cancer-specific pain.

Today, CannaMD takes a closer look at the scientific studies supporting this new shift in treatment.

There are several types of cancer pain, including: nociceptive, neuropathic, and centralized/referred pain.

Nociceptive pain, caused by body tissue damage, is the only type of pain with a reliable system for alerting the brain to specific tissue problems. In response to injury, immune cells release a number of neurotransmitters and other signalers which are carried by nerves up to the brain. The patient then begins to feel sharp, aching, or throbbing pain in the affected area.

Bone pain (a frequent cancer symptom) falls under this category.

Neuropathic pain, also called nerve pain, is caused by nerve damage. This type of pain sends inaccurate pain messages. For instance, in diabetic neuropathy, the origin of pain is actually in the peripheral nerves, not the foot.

Likewise, centralized pain tells the brain pain is occurring all over; however, this sensation is actually the result of an amplification of peripheral signals due to central nervous system dysfunction. (Note: Peripheral nerves are the links between your brain and spinal cord and the rest of your body.)

Referred pain is similar to centralized pain. Pain sensations are felt in areas of the body other than where the pain is originating. Unlike centralized pain, though, discomfort occurs in one specific area instead of all over.

Cancer patients may also suffer from phantom pain, which is defined as the sensation of pain in a part of the body that has been removed.

How does marijuana help cancer pain?

Your body produces two types of endocannabinoids in response to tissue damage:  anandamide and 2-arachidonoyl-sn-glycerol (2-AG). When you experience inflammation and nerve injury, anandamide springs into action and helps regulate nociceptive pain signals by activating cannabinoid receptors. Its partner, 2-AG, plays a big role in decreasing pain during acute stress.

Since cannabinoid receptors are present across the central nervous system and in pain circuits from peripheral sensory nerve endings all the way up to the brain, endocannabinoids are able to play a moderating role in all different types of cancer pain.

In 1999, researchers with Life Sciences confirmed that, similar to opioid receptors, increased levels of cannabinoid receptors are found in regions of the brain that regulate nociceptive processing. Cannabinoids are also thought to act on mast cell receptors to slow and/or stop the release of inflammatory agents.

Recent animal model studies have shown that cannabinoids may also prevent chemotherapy-induced neuropathy in subjects exposed to chemotherapy agents such as paclitaxel, vincristine, and cisplatin.

In June 2018, GW Pharmaceuticals made history when the FDA approved its cannabis-derived epilepsy medication, Epidiolex – making it the first FDA-approved marijuana-based medication in United States history.

Although still illegal in the United States, Nabiximols is currently undergoing phase three FDA trials – meaning treatment may become available to patients in the near future.

In 2017, the Annals of Palliative Medicine published a review of clinical studies evaluating the efficacy of medical cannabis in cancer pain management. Results of several reported studies are summarized below:

Journal of Clinical Pharmacology (2013): In a study of ten advanced cancer patients, researchers found a correlation between higher does of THC and increased pain relief.

Journal of Pain and Symptom Management (2010):  In a study of 177 advanced cancer patients, researchers found a “statistically significant” change in favor of Nabiximols over placebo. Patients taking Nabiximols required significantly fewer doses of breakthrough pain medication when compared to placebo.

The Journal of Pain (2012): In a study of 263 advanced cancer patients, researchers found that low and medium doses of Nabiximols were “significantly more effective” at reducing average daily pain than placebo.

What do doctors say about marijuana and cancer pain?

Cannabis and opiates for moderate to severe pain really stand out as being equally efficacious […]. There’s clearly a place for opiates in our medical treatment regimen, but if you start with cannabis, maybe you don’t need to get to opiates, or if you do you need to get opiates, we have really good data that you need a lot less.

If you use cannabis and opiates together, you typically use only twenty percent of the amount of opiates you would have otherwise needed. With opiates, your risk goes up every time you increase [the] dose by a milligram. If you have someone who would need 100 mg of opiates, if you cut back to 20 mg, you’ve saved them eighty percent of the risk of the opiate. That’s huge.

What is the best type of marijuana for cancer pain?

According to a survey conducted by the Journal of Alternative and Complementary Medicine, study participants demonstrated a statistically significant preference for indica strains in managing pain and treating neuropathy.

Indica is a specific type of marijuana defined by its stout, broad leaves and sedating effects. It stands in contrast to sativa, a tall, narrow-leaf cannabis variety that elicits a more invigorating response.

How to treat cancer pain with medical marijuana

Interested in using medical marijuana to treat cancer pain? CannaMD is here to help! Call 1 (855) 420-9170 to schedule an appointment with one of our qualifying physicians or fill out a brief application online.

Questions or comments about today’s post? Let us know in the comments section below!