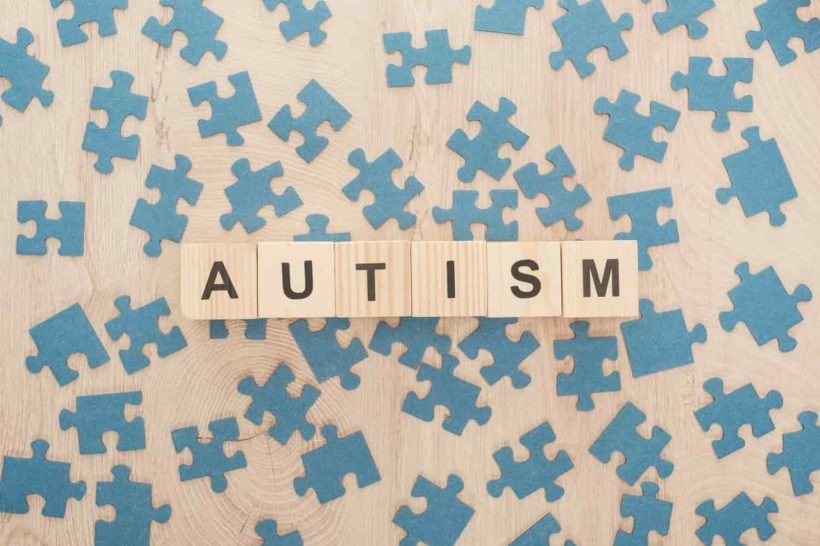 While there is no known cure for autism, and currently no single treatment that fully addresses the multiple facets of the condition, there is hope.

Medical marijuana and its derivatives are showing promise in providing relief from symptoms such as depression, seizures, insomnia, and difficulty focusing.

Medical cannabis appears to be a “well-tolerated, safe, and effective option” for autism patients.

Autism is typically referred to as a spectrum disorder because there is significant variation in the nature and severity of symptoms associated with its progression. This is why the term autism spectrum disorder (or ASD) is preferred.

There is not one autism but many subtypes, most influenced by a combination of genetic and environmental factors. Because autism is a spectrum disorder, each person with autism has a distinct set of strengths and challenges.

The ways in which people with autism learn, think and problem-solve can range from highly skilled to severely challenged. Some people with ASD may require significant support in their daily lives, while others may need less support and, in some cases, live entirely independently.

The symptoms of autism spectrum disorder often appear in the first years of life, but may become a life-long condition.

According to the American Psychiatric Association, people with ASD may exhibit:

Studies estimate that around one in 68 children in the United States will develop some form of autism spectrum disorder by the age of eight, with boys being five times more likely to show symptoms as girls.

Although autism can be a lifelong disorder, treatments and services can improve a person’s symptoms and ability to function. Among the factors that may accompany and influence the development of autism are sensory sensitivities and medical issues such as gastrointestinal disorders, seizures or sleep disorders, as well as anxiety, depression, and attention issues.

Numerous studies have described the ways in which cannabis and its various chemical compounds (such as THC and CBD) have shown promise for treating conditions ranging from IBS and anxiety, to spasticity, and sleep disorders. Because many of these conditions have commonalities with autism symptoms, both the medical community and general public have raised the question of medical marijuana’s potential efficacy for the treatment of autism spectrum disorder.

Until recently, many arguments for using medical marijuana in the treatment of autism were anecdotal. Groups such as Mothers Advocating Medical Marijuana for Autism have shared testimonies from dozens of families describing how medical marijuana mitigated or alleviated symptoms of spasticity, reduced the frequency of inappropriate behavioral episodes and improved sleep patterns. These same groups make the argument that medical marijuana and cannabis derivatives could provide viable alternatives to pharmaceutical therapies such a Ritalin and Adderall.

One testimonial describes an individual with autism spectrum disorder who was subjected to an ongoing range of anti-psychotic medications at age eight to control disruptive behavior. His mother reported that none of the medications had a positive effect, and created unwanted side effects. At age 18, the subject was introduced to medical marijuana.

He went from being an 18-year-old who mainly screamed or vaguely gestured to what he wanted, to a very fun-loving, sweet, and happy 24-year-old who makes verbal requests for things he wants and comments about things he sees.

I believe the marijuana calms his sensory and nervous system down, allowing him to process what is going on in his environment and not be threatened or overwhelmed by it.

We have seen such positive change, including decreased self-stimulatory behavior, decreased anxiety, decreased gut sensitivity, along with an increased awareness of his environment, and an increase in language.

Interestingly, significant overlap exists between autism and epilepsy with respect to etiology, epidemiology, and neurobiology. Multiple population studies have established a comorbidity between these conditions, noting:

This finding is particularly relevant, as medical marijuana is a well established treatment for epilepsy. In fact, the first FDA-approved cannabis-derived medication, Epidiolex, was designed to treat epilepsy.

One of the first reports on the potential efficacy of medical marijuana for the treatment of autism spectrum disorder comes from a case study published by the Journal of Developmental & Behavioral Pediatrics:

Researchers administered Dronabinol, a cannabis-based medication, to autism patients. A six-month follow-up revealed there was a “significant” improvement in symptoms such as hyperactivity, lethargy, irritability, stereotypy and inappropriate speech.

Researchers also reported on the use of Dronabinol to treat 10 adolescent patients with intellectual disabilities, which resulted in 8 patients showing improvement in the management of treatment-resistant self-injurious behavior.

Following the cannabis treatment, behavioral outbreaks were much improved, or very much improved in 61% of patients.

This led researchers to conclude:

This preliminary study supports feasibility of CBD-based cannabis trials in children with ASD.

In one of the largest studies to date, a group of 188 autism spectrum disorder patients were treated with a cannabis oil containing 30% CBD and 1.5% THC. At a six-month follow-up, it was noted that 30% of the participants reported a “significant” improvement in their condition and an additional 50% showed “moderate” improvement.

As the study authors summarize:

Cannabis in ASD patients appears to be a well-tolerated, safe, and effective option to relieve symptoms associated with ASD.