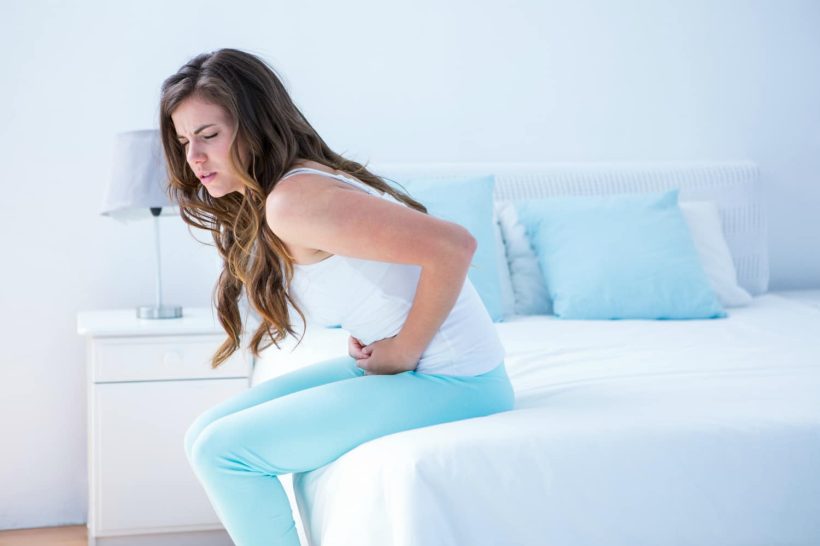 Stomach cramps, bloating, gas, constipation, diarrhea… People suffering from irritable bowel syndrome or IBS experience all these discomforts. To ease the suffering, some afflicted with this condition are turning to medical marijuana for symptom relief and pain management. But does science and experience back up the belief that marijuana can help irritable bowel syndrome?

If there is any good news for persons suffering from IBS, it is that they are not afflicted with IBD, which stands for inflammatory bowel disease. (As a side note, there is evidence that suggests that marijuana may be an effective treatment for IBD.)

To a person in the throes of severe abdominal cramps, pain, constipation or diarrhea — symptoms common to both conditions — this distinction may not bring much comfort. But from a medical perspective, IBS is not considered to be as severe a disorder as IBD, and is often labeled as a “functional disorder.”

IBD is a term that applies to two degenerative conditions — Crohn’s disease and ulcerative colitis —  which cause chronic inflammation of the gastrointestinal tract and can create long-term physical damage. By contrast, IBS can cause significant discomfort, and may interfere with the normal digestive process, but typically does not result in physically-damaging inflammation or lasting harm to the intestines.

THE SEARCH FOR RELIEF

The exact causes of IBS are not fully known, and often vary from person to person. In some cases, it’s simply a matter of having an overly sensitive small intestine or colon. Certain foods and medications may trigger a bout of IBS, and the condition has been linked to elevated levels of stress. As of yet, there is no single pill or potion that cures of all the problems and pains of IBS. Instead, treatment is aimed at addressing the various causes and symptoms individually, which has led many sufferers to seek out a range of alternative treatments, including marijuana.

Lifestyle changes such as limiting caffeine consumption and increasing fiber intake will sometimes relieve the symptoms of IBS, but there is no one dietary change that works for all sufferers. Various medications may also provide relief for one or more symptoms. There are both over-the-counter and prescription laxatives to help with constipation, and a number of anti-diarrheal agents for the opposite problem. Pain relievers may mitigate the discomfort of cramping, probiotics may lessen gas and bloating, and antidepressants are sometimes recommended, not to alter mood, but to reduce the intensity of pain signals going from gut to brain.

Each of these remedies addresses a specific symptom or group of symptoms, but none alone provide total symptom relief.

Endocannabinoid research was a key factor in marijuana’s transition from a traditional medicinal remedy to an increasingly accepted component of modern medicine. First identified in the 1990’s, the endocannabinoid system extends throughout the human body, including  brain, organs, connective tissues, glands, and immune cells. Within these various tissues, cannabinoids stimulate cannabinoid receptors, which are involved in regulating a wide range of functions involving pain suppression, memory, mood, appetite and immune responses. The endocannabinoid system has also been shown to play a role in controlling visceral pain, which is pain that emanates from internal bodily organs.

The realization that there were significant numbers of cannabinoid receptors within the digestive system led some researchers to investigate the potential use of cannabis and its derivatives for conditions like Crohn’s disease, ulcerative colitis, and peptic ulcer disease. One of the pioneers in this research was scientist, Ethan Russo.

In 2003, Russo first suggested that there might be a link between IBS and cannabinoid deficiencies. In the years since, he and others have gathered supporting research that points to the role such deficiencies might play in conditions such as migraines, fibromyalgia, and IBS.

Gastric motility is a medical term for the natural contractions which move food through the digestive system. When this process gets out of whack, it can result in conditions such as IBS. Colon contractions are too fast in people with diarrhea-predominant IBS and too slow in people with constipation-predominant IBS. Because the endocannabinoid system has been shown to play a role in regulating the speed of these contractions, bringing this system into balance may help mitigate or alleviate some of the most painful and debilitating effects of IBS.

In addition to regulating colonic contractions, cannabis and its derivatives may provide relief from a number symptoms associated with IBS. Marijuana’s role in pain management is well documented, and its use may help sufferers deal with the cramping, bloating, pain, and pressure associated with IBS.

A lesser-known benefit that medical marijuana may play in balancing the body’s endocannabinoid system is its role in improving the permeability of intestinal cells, which improves the body’s ability to absorb important nutrients.

There are well-documented links between IBS and stress, and reducing stress may be one of the keys to controlling IBS. This is why marijuana’s stress-relieving properties may be one of its most important benefits for IBS sufferers.

One of the more interesting lines of research in this area looks at the link between IBS and PTSD. One study found there was a 36% correlation between the two disorders, and another noted improvements in IBS symptoms after treatment for PTSD.

As CannaMD has reported, medical marijuana may help with PTSD. Given the link between PTSD and IBS, this provides one more clue to the potential benefits of medical marijuana for the treatment of this painful and sometimes debilitating gastrointestinal disorder.

If you are currently suffering from IBS, CannaMD is here to help! Find out if you qualify for medical marijuana treatment today by completing a quick application or calling 1 (855) 420-9170.