Anxiety and Marijuana: What Science Says 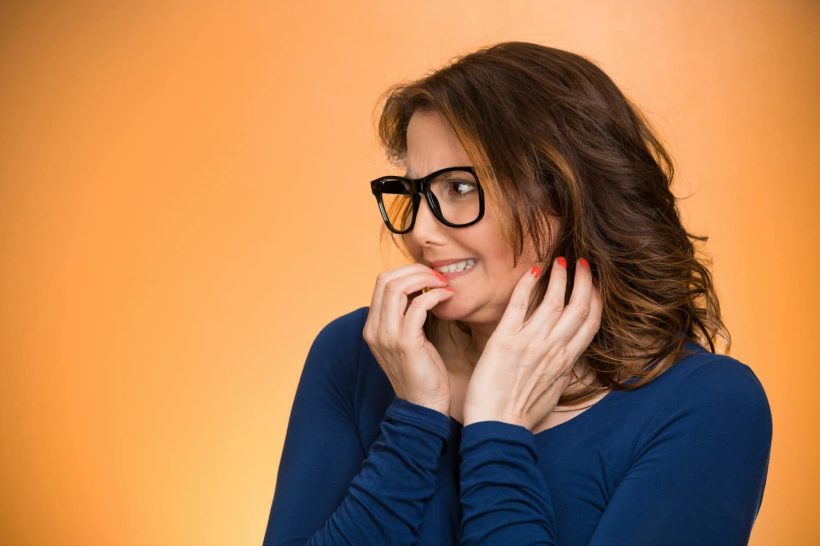 Fortunately, CannaMD is prepared to break down the science behind this stigma. Although research is still new, a number of studies suggest marijuana’s effect on anxiety may just be the opposite of what you think!

Anxiety is different from day-to-day stress. While there are a lot of nuances (including differences between panic disorders, generalized anxiety disorders, and anxiety that occurs with and/or as a result of other mental conditions), for the purpose of this article, we will use the term as defined within the context of generalized anxiety disorders by the Diagnostic and Statistical Manual of Mental Disorders 5: excessive worry (apprehensive expectation) occurring more days than not for at least six months.

(Please note: Individual definitions and measures of anxiety may vary from study to study. For research details, please visit the study link in question.)

According to the National Institute of Mental Health, anxiety disorders are the most common mental illness in the country, affecting over 40 million Americans a year (or 19.1% of the population).

Even more alarming: 22.8% of all cases are classified as “severe.”

This conundrum has led a number of leaders to question the efficacy of pharmaceutical medication in treating anxiety and other disorders, including former director of the National Institute of Mental Health, Thomas Insel:

Now, more than twenty years later, what promise have we realized in the diagnosis and treatment of individuals with serious mental illness? In contrast to the steadily decreasing mortality rates of cardiovascular disease, stroke, and cancer, there is no evidence for reduced morbidity or mortality from any mental illness.

This lack of progress has inspired researchers to explore a previously neglected field of study:

Researchers from Washington State University recently made headlines with a study concluding:

While many patients felt the report covered old ground (“I could’ve told you that!”), the study revealed several interesting details:

And best of all? Anxiety was reduced in 93.5% of all tracked sessions!

Also of note: While marijuana reduced symptoms in the short-term, researchers observed that “baseline symptoms of depression (but not anxiety or stress) appeared to be exacerbated over time” – meaning that long-term use had a negative effect on depression, but not anxiety. (If you have opinions on this finding or a personal experience you’d like to share, we’d love to hear your thoughts in the comments!)

For their part, patients seem to support the study’s conclusion that medical cannabis users experience a “substantial and significant” reduction in symptoms shortly after using marijuana. In 2017, the Journal of Pain Research published a study finding that 46% of Washington survey respondents report using cannabis in place of prescription medication (including 13.6% who use marijuana instead of anxiolytics/benzodiazepines and 12.7% who use marijuana instead of antidepressants).

But back to that pesky question: How did cannabis get a reputation for causing anxiety?

Why does marijuana make you anxious?

For a simple question, the answer is fairly complex.

Just like anxiety is caused and/or affected by a range of factors (including, but not limited to: genetic vulnerability, personality, gender, environmental exposure, and medical history), cannabis reactions are also subject to a number of influences, such as: frequency of use, dose, type (including ratio of cannabinoids), and setting.

That being said, one big culprit stands out from the rest: THC.

Delta-9-tetrahydrocannabinol (THC) is the chemical compound, or cannabinoid, responsible for marijuana’s psychoactive effects. While important in addressing anxiety, research – such as the study above – suggests that THC needs to be balanced by CBD to elicit the best effects. In fact, study authors recommend that medical cannabis users “seek out cannabis with CBD levels of 10% or higher.”

Using mice, scientists demonstrated that deficiency in one of the most common endocannabinoids, 2-arachidonoylglycerol (2-AG), increases anxiety. The study concluded:

These data suggest 2-AG deficiency could contribute to the pathogenesis of affective disorders and that pharmacological normalization of 2-AG signaling could represent an approach for the treatment of mood and anxiety disorders.

And the kicker? CBD helps increase 2-AG by inhibiting the enzyme that usually breaks it down!

How does marijuana work to treat anxiety?

As mentioned above, one theory is that CBD works to increase levels of 2-AG (which contributes to a calmer state). Another method highlights the important role of cannabinoid receptors (located in our brain) and THC. When the two bind together, our brain releases certain neurotransmitters, such as dopamine and serotonin, and inhibits the action of others, like GABA and norepinephrine. Inhibiting norepinephrine – a neurotransmitter involved in alertness – helps calm anxiety.

However, as with all medications, certain individuals experience different reactions. In some cases, reduced norepinephrine can actually trigger the opposite effect, stimulating activity centers in the brain involved with arousal and excitement.

Anecdotal experience (and now: a growing amount of research) recommends decreasing the amount of THC and/or increasing CBD to “troubleshoot” the problem.