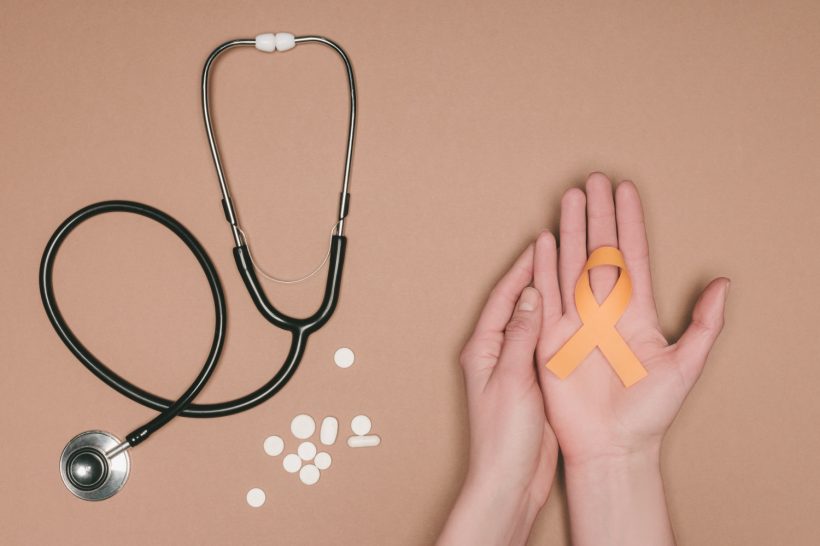 Numerous individuals suffering from multiple sclerosis (MS) have described how medical marijuana provides relief from the painful and debilitating symptoms of this disease. And as new research emerges, it is also becoming apparent that there is a scientific basis for the belief that medical marijuana and its cannabinoid derivatives can be an effective treatment for the symptoms of MS.

In addition, there is evidence that cannabinoids have important neuroprotective properties and might even reverse some of the nerve damage associated with MS.

The analgesic properties of marijuana are well-known; pain relief is a leading reason for the prescription of cannabis and its various derivatives.

Many MS patients experience pain, both in the form of neuropathic pain from nerve damage and various musculoskeletal pains caused by weakness, stiffness and mobility problems. In addition to providing more general relief from musculoskeletal pain, the cannabinoid compounds found in marijuana have been shown to mitigate inflammatory and neuropathic pain by enhancing the function of glycine receptors. These receptors are known to play a role in regulating and suppressing the pain receptors that signal the spinal cord and brain.

According to a report published by the Journal of Experimental Medicine:

Several recent clinical studies have demonstrated that a combination of THC and CBD can be an effective therapeutic option for patients with neuropathic pain and other types of chronic pain.

The physical manifestations of MS include spasticity, tremors and poor muscle control. In the early stages, these symptoms may be limited to mild twitches and a general feeling of tightness around the joints. In later stages, sufferers may experience involuntary muscle spasms and painful cramping of the extremities.

Among the drugs commonly prescribed to treat the spasticity symptoms of MS are skeletal muscle relaxants, benzodiazepines (diazepam), alpha-2-adrenergic agonists, and botulinum toxins. As is often the case, these drugs may create a wide range of side effects that range from dizziness and impaired coordination to depression and impaired vision.

In addition, some patients are resistant to various drug therapies. This has led to the investigation of medical marijuana and cannabinoid derivatives as either an alternative or a complement to conventional MS medications.

A study published by the Federation of American Societies for Experimental Biology in 2000 identified the potential of MS symptom-control through stimulation of the body’s endocannabinoid system, stating:

These studies provide definitive evidence for the tonic control of spasticity by the endocannabinoid system and open new horizons to therapy of multiple sclerosis, and other neuromuscular diseases, based on agents modulating endocannabinoid levels and action, which exhibit little psychotropic activity.

In an Italian study of more than 1,600 patients diagnosed with MS, participants were administered Sativex, which is a combination cannabinoid (THC/CBD) oromucosal spray. After one  month of treatment, some 70% of participants had achieved at least 20% improvement in spasticity, and nearly 30% experienced 30% or greater improvement.

Sativex can be a useful and safe option for patients with MS with moderate to severe spasticity resistant to common antispastic drugs.

Such findings have inspired the National Academies of Sciences to state:

An additional potential benefit of marijuana in the treatment of MS symptoms is enhanced bladder control. In a recent placebo-controlled study, in which MS patients were given a cannabis extract or a THC-derivative, participants experienced respective 38 and 33% improvements in bladder control.

A study in the Journal of the Neurological Sciences reported on the prevalence of depression and anxiety in patients with MS, and concluded that approximately 30% experience depression and 22% exhibit significant anxiety. Traditionally, it was thought that such emotions were simply a result of living with the condition. However, a study released in 2017 suggests a link between mood and brain inflammation.

A summary of the results stated:

Given these findings, there is increased interest in investigating the mood enhancing effects which medical marijuana might provide MS sufferers, as the anti-inflammatory properties of cannabinoids are well-documented.

In addition, cannabinoids have a direct influence on the human limbic system, which is the portion of the brain associated with emotions and memory.

MS is a disease in which the immune system attacks the body’s nervous system, including the brain, optic nerve and spinal cord. This results in chronic inflammation that produces elevated cytokine levels which can cause neural degeneration and central nervous system damage, further worsening the symptoms of MS.

Cannabinoids are known to be powerful anti-inflammatory agents, and to play a significant role in the regulation of the immune system. Given these known qualities, it is not surprising that evidence points to the role which medical marijuana and cannabis derivatives could play in lessening the deleterious effects of chronic inflammation associated with MS.

A study published in the Neurobiology of Disease states:

Our findings highlight the anti-inflammatory effects of CBD in this viral model of MS and demonstrate the significant therapeutic potential of this compound for the treatment of pathologies with an inflammatory component.

In addition to providing pain and symptom relief for MS sufferers, there is some evidence that marijuana might have properties that could slow or halt the progression of the disease, and stimulate the rebuilding of specific areas of the neural network. Marijuana has been shown to produce neuroprotective antioxidants, and may encourage hippocampal neurogenesis – the creation of new neurons.

The British Journal of Pharmacology reports:

Indeed, cannabinoids have clear modulatory roles in adult neurogenesis, probably through activation of both CB1 and CB2 receptors.

Such findings point to marijuana’s role in not only alleviating the pain and physical symptoms of MS, but also in the potential mitigation or perhaps even reversal of some of its effects.

If you are suffering from MS, CannaMD can help. Contact CannaMD today at 1 (855) 420-9170 to see if you qualify for medical marijuana treatment.

You can also complete an easy online application!