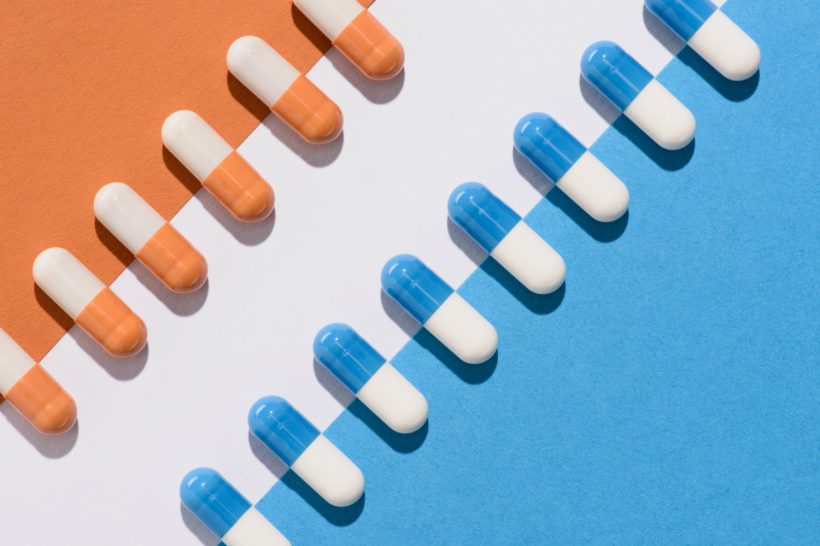 A new study published by JAMA Internal Medicine found a nearly 50% increased risk of dementia among patients aged 55 and over who had used strong anticholinergic medication daily for three years or more.

As patients consider prescription alternatives, a growing body of evidence suggests a more natural medication may hold the solution:

Anticholinergic drugs work by blocking acetylcholine, a chemical that transmits messages in the nervous system. In the brain, acetylcholine is involved with learning and memory. In the rest of the body, it stimulates muscle contractions.

In June 2019, researchers from the University of Nottingham published results suggesting a “significant” link between such drugs and dementia.

There was nearly a 50% increased odds of dementia associated with total anticholinergic exposure of more than 1095 TSDDs within a 10-year period, which is equivalent to 3 years’ daily use of a single strong anticholinergic medication at the minimum effective dose recommended for older people.

The study, which evaluated 58,769 dementia patients and 225,574 controls (all 55 years or older), builds on earlier work suggesting a similar connection.

“[H]igher cumulative anticholinergic use is associated with an increased risk for dementia.”

Like the present study, the authors also noted that tricyclic antidepressants were among the most commonly prescribed anticholinergic classes.

In addition to antidepressants, researchers also found a particular link to antipsychotics and drugs designed to treat Parkinson’s disease, bladder conditions, and epilepsy.

Interestingly, the study found “more pronounced associations” for vascular dementia than for other types of the disease, raising questions about the mechanisms by which anticholinergic drugs may increase dementia risk – including inflammatory changes.

While marijuana is well known for its anti-inflammatory properties, research focused on the specific conditions implicated by the present study suggests even more hope.

For instance, a recent report from the Journal of Affective Disorders found that marijuana “significantly” reduced ratings of depression, anxiety, and stress – suggesting cannabis may be an effective alternative to traditional antidepressant medication.

Follow-up research seems to support this conclusion, with Cannabis and Cannabinoid Research finding:

After completing an average two-month prescription course of medical marijuana, 30.1% of patients had discontinued benzodiazepines.

At a follow-up after two prescriptions, 65 total patients (44.5%) had discontinued benzodiazepines.

At the final follow-up period after three medical marijuana prescription courses, 66 total patients (45.2%) had discontinued benzodiazepine use, showing a stable cessation rate over an average of 6 months.

(As a recent article from Harvard Medical School points out: Benzodiazepines – commonly prescribed for mental illness and insomnia – are also associated with an increased risk of dementia in people who use them for longer than a few months.)

Cannabinoids have been shown to have neuroprotective effects due to their antioxidative, anti-inflammatory actions and their ability to suppress exitotoxicity.

Marijuana’s positive effects on epilepsy and seizures have also been well documented. In a randomized double-blind, placebo-controlled trial performed at 30 clinic centers, researchers found that the addition of CBD to traditional seizure medication “significantly” decreased the rate of drop (or atonic) seizures.

FOR MORE ON HOW MARIJUANA MAY HELP CONDITIONS COMMONLY TREATED BY ANTICHOLINERGIC DRUGS, SEE:

Benzodiazepine Use Drops 45% with Marijuana

Aside from helping patients avoid dementia risk factors associated with other common medications, research suggests marijuana may actually help improve the disease itself!

Amazingly, the cognitive functions of the mice treated with cannabis were just as good as the two-month-old mice! (Mice who received placebos displayed natural age-dependent learning and memory losses.)

According to study author Andreas Zimmer:

The treatment completely reversed the loss of performance in the old animals.

The dose was so low that we didn’t detect any psychoactive effects, but it was high enough to restore the activity [to levels] that we normally see in younger mice. And the effect of this was very striking, absolutely striking—a mouse that’s 18 months old shows massive signs of cognitive decline, [but] we couldn’t tell the difference to young animals.

FOR MORE ON MARIJUANA AND MEMORY, SEE:

We’re here to help! CannaMD‘s experienced team of board certified physicians are available to answer questions and help you qualify for medical marijuana treatment.