Will Insurance Ever Pay for Medical Marijuana? 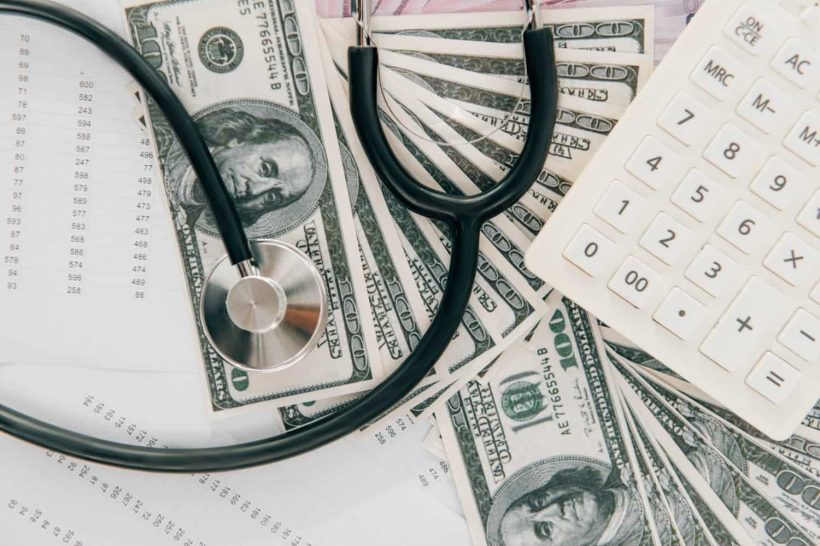 Living in Florida, where medical marijuana has been legal since 2016, it would seem expected that your insurance company would cover the costs associated with using cannabis to ease the myriad of health conditions that it treats.

Unfortunately, insurance companies – even in one of the 33 states and D.C. where medical marijuana is currently legal – won’t pay for medical marijuana because it is still classified as a Schedule I substance on the federal level, which makes it illegal. Insurance companies won’t pay for illegal substances, even if they are recommended by your doctor for a legitimate reason.

While many more dangerous drugs such as OxyContin – recently linked to the uptick in heroin use and opioid drug overdoses, resulting in a massive 23-state lawsuit for the drug’s maker, Purdue Pharma – are covered by insurance companies when prescribed, it comes as a bit of a surprise that in states where medical marijuana is legal it is not covered, especially since many insurance companies are exclusive to a single state.

While one of the reasons is the federal government’s classification of marijuana as a Schedule I drug, the issue goes beyond that singular cause…

In 2018, United States Health and Human Services Secretary Alex Azar responded to a question regarding medical marijuana’s role in providing pain relief as an alternative to opioids by saying:

[There is] no such thing as medical marijuana.

(It’s worth noting that Azar is a former lobbyist and executive at pharmaceutical giant, Eli Lilly.)

With one of the federal government’s top health advisors taking such a hard stance against medical marijuana, despite the evidence that suggests otherwise (and a government patent on cannabis extracts as a treatment for multiple diseases!), it would seem that insurance coverage for medical marijuana will be a long time coming.

One of the main reasons insurance companies don’t cover medical cannabis is that doctors cannot prescribe Schedule I controlled substances without running into trouble with the Drug Enforcement Administration (DEA).

Even in a state where medical marijuana is legal, prescribing it – rather than issuing a recommendation for a medical marijuana card that is valid in state-approved dispensaries – would likely cause doctors to lose their DEA registration, which would make it difficult to prescribe controlled substances of any sort.

Note: Only FDA-approved drugs can be “prescribed,” which is why the term “recommendation” is used when talking about medical marijuana.

If you use medical marijuana to treat an approved medical condition, the federal government might not prosecute you. But there’s no guarantee.

In order to cover medical marijuana, insurance companies would have to add cannabis to the list of medications approved for its members, called a drug formulary.

Marijuana doesn’t exist on any current U.S. list because of its classification of a Schedule I drug. However, even if marijuana were to change to a Schedule II or III drug, or be removed from the list of controlled substances completely – a move that would decriminalize medical marijuana, allowing prescriptions nationwide – it still would likely not be covered by your health insurance company for some time not only because it would require Food and Drug Administration (FDA) approval, which usually takes years, but also due to the process involved in getting new drugs okayed, which is costly and requires “Big Pharma” to play a role, which will only drive up costs more.

Approval for medical cannabis to be added to any drug formulary would require the insurance company’s pharmacy and therapeutics committee to add it, which could be a move that committee might be reticent to make.

A couple of additional scenarios could play out:

If marijuana is reclassified, it could also become available without a prescription, which could mean that medical marijuana patients may possibly end up purchasing their medication from the same dispensaries as recreational marijuana users. Health insurance likely wouldn’t pay for medical cannabis under those conditions; however, if it is reclassified and sold as an over-the-counter (OTC) drug, cannabis might be eligible to be paid for using a health savings or flexible spend account.

That’s not to say legislators aren’t pushing for insurance coverage, including in Florida.

Our constitution recognizes that marijuana is medicine, and if it is in our constitution then companies that provide health insurance to Florida patients should be covering it.

As of publication, more than 200,000 people in the state are registered medical marijuana patients.

Medical cannabis is used to treat a wide range of conditions including:

In addition to the qualifying conditions above, Senate Bill 8A allows for treatment of other “diagnosable, debilitating conditions of like, kind, or class” (such as anxiety, depression, or even migraines), as well as terminal conditions (diagnosed by a physician other than the physician issuing certification) and chronic nonmalignant pain (defined as pain caused by a qualifying medical condition that persists beyond the usual course of that condition).

In Canada, however, at least one insurance company does cover the cost of medical marijuana.

In 2018, the same year Canada became the second country after Uruguay to legalize the use of recreational marijuana, under Medavie Blue Cross’s Extended Health Care, medical marijuana coverage became available as a stand-alone coverage option for those who qualify.

According to the Medavie Blue Cross:

The medical cannabis benefit is provided as a reimbursement benefit covering fresh and dried cannabis and cannabis oil. Other cannabis products and products related to the consumption of cannabis are ineligible. Plan sponsors may choose from a few different annual benefit maximum options.

Those who qualify for insurance reimbursement must be pre-authorized and receiving medical cannabis under the Access to Cannabis for Medical Purposes Regulations (ACMPR), although medical marijuana is not classified as a prescription drug. It is, however, prescribed for certain conditions, including:

In the United States, however, it is expected to be years before medical marijuana is approved as a drug by the FDA, and before that happens, it is unlikely that insurance companies will add it to the list of drugs they cover. That being said, the ever evolving medical cannabis market has seen a number of unprecedented legal developments that could alter the course of this projection quickly and dramatically.

As always, CannaMD will keep you updated with the latest news and developments!

CannaMD‘s board certified physicians are committed to helping Florida patients in need. Call us today at (855) 420-9170 to find out if you qualify for FREE or fill out a quick online application.

Also, be sure to visit our Patient Benefits page to learn how you can save up to $75 a year by referring new patients!