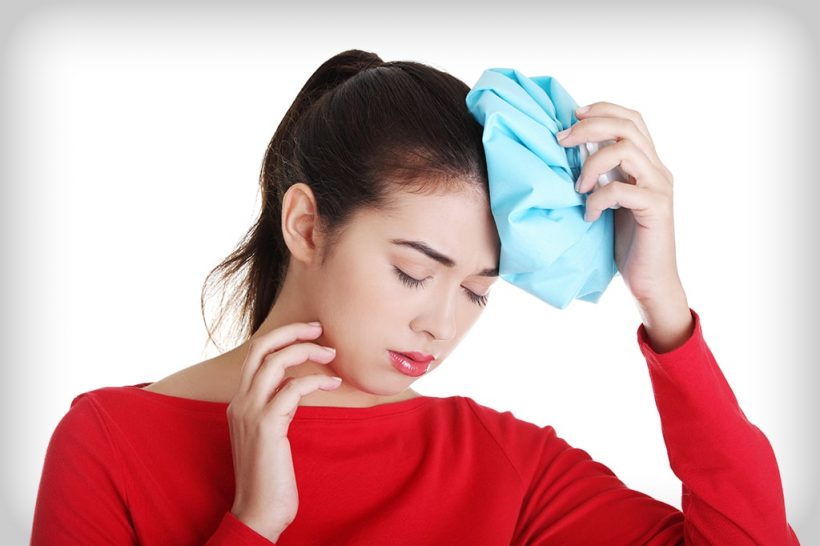 The medical world is buzzing with the FDA’s recent approval of migraine medication Aimovig, the first CGRP receptor blocker designed to prevent migraines. However, research suggests a different treatment may hold more promise.

Far more serious than a headache, migraines are a neurological disease listed as the sixth most disabling illness in the world. Every ten seconds, someone in the U.S. goes to the emergency room complaining of head pain; approximately 1.2 million visits are from acute migraine attacks.

Aimovig’s appeal rests largely on its claim to stop migraines before they start. Three clinical trials have demonstrated it works: Over the course of three to six months, Aimovig-treated patients experienced, on average, one to two fewer monthly migraine days than those on placebo.

The downside? Treatment comes in an auto-injector device (like an EpiPen) and has possible side-effects, including: pain at the injection site and constipation.

As Harvard neurologist Elizabeth Loder noted prior to launch, “It’ll be a shame if the price for erenumab [Aimovig] does not reflect its modest efficacy.”

On May 17, Aimovig announced its price:

A closer look at Aimovig’s data reveals that, before adjusting for placebo comparison, participants experienced an average of 2.9 to 6.6 less migraine days a month (depending on study, length, and dosage). Not mentioned? A separate study suggesting that a different medication may be able to achieve the same results, with less risk of serious side effects, for less than half the price.

These findings support a separate study presented at the Third Congress of the European Academy of Neurology which concluded:

“Cannabinoids are just as suitable as a [means of prevention] for migraine attacks as other pharmaceutical treatments.”

“We were able to demonstrate that cannabinoids are an alternative to established treatments in migraine prevention.”

Could marijuana help your migraine?

Clinical trials are still needed; however, preliminary research suggests medical marijuana may be just as effective – if not more effective – at decreasing monthly migraine days as Aimovig and other pharmaceutical treatments.

“After 20 years and dozens of medications, I finally found something that helped.”

Unfortunately, more than four million U.S. adults experience chronic daily migraines. Research has shown that medication overuse is the prime reason episodic migraines turn chronic. With a number of arguments in its favor, this final point may just tip the scale for marijuana.

“CBD [a marijuana compound] is really good for inflammation and pain. It’s crazy how many things it does.”

While state laws vary, CannaMD is proud to offer treatment to Florida patients suffering from a number of conditions that count migraines as a primary symptom (including cancer, PTSD, and epilepsy). To learn if you qualify, fill out an application today.

Current migraine patient? We’d love to hear about your experience and explore different ways we may help. Please feel free to add your thoughts, comments, and questions in the comment section, below!