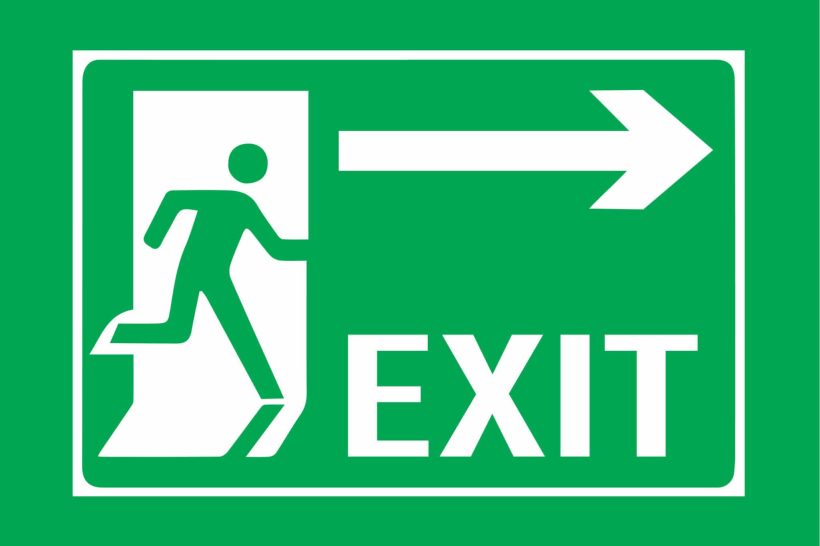 According to Harry Anslinger, the first Director of the Federal Bureau of Narcotics:

Marijuana is an addictive drug which produces in its users insanity, criminality, and death…

[It is] the most violence-causing drug in the history of mankind.

It’s been more than 80 years since Anslinger launched his all-out war on marijuana with these inflammatory and misleading statements. And while seemingly laughable from a modern-day point of view, the unfortunate reality is that Anslinger’s legacy of misinformation continues to taint both popular and scientific discussion to this day.

It was Anslinger who first proposed the concept of marijuana as a “gateway drug” that inexorably leads users into a downward spiral of alcoholism, heroin use, cocaine addiction, and all manner of illicit drug abuse and moral degradation. Decades later, Nancy Regan rekindled fears of the “marijuana gateway” when she urged citizens to “just say no.”

Yet, despite these historic cultural headwinds, the understanding and acceptance of marijuana use has made slow but significant advances. These shifts in public perception have been somewhat paralleled by scholarly literature that transitioned from questioning the validity of the gateway theory to more recent research that all but refutes the concept.

This was the conclusion of a 2021 study published in the Journal of Experimental Criminology, which states:

Results from this study indicate that marijuana use is not a reliable gateway cause of illicit drug use.

Perhaps more important than the refutation of marijuana’s reputation as an on-ramp to hard drug use is the increasing understanding of its potential benefits as an exit ramp for conditions that include a range of substance abuse issues. CannaMD has reported on a number of these benefits in the past, and they are worth reiterating and reinforcing in a comprehensive form.

After years of speculation on the possible use of marijuana to mitigate alcohol abuse and dependence, a growing body of evidence suggests there may be some merits to this substitution strategy. A five-year study of drinking and marijuana use trends in Denver and Boulder, Colorado revealed what the authors called a “nuanced relationship between alcohol consumption and cannabis use.”

Among their findings were that:

Since alcohol is the most prevalent recreational substance in North America, and its use results in significant rates of criminality, morbidity and mortality, these findings may result in improved health outcomes for medical cannabis patients, as well as overall improvements in public health and safety.

When young adult cannabis users were incentivized to stop using marijuana for a period of one month, about 60% of these individuals increased their consumption of alcohol. That was among the conclusions drawn from a study published in the journal, Progress in Neuropsychopharmacology & Biological Psychiatry. When subjects resumed marijuana use after a month of abstinence, their alcohol consumption dropped to pre-trial levels.

Research published in the Harm Reduction Journal revealed that each of 11 California-based cannabis physicians surveyed reported treating patients who were using cannabis as a substitute for alcohol, and that 90% of these patients reduced their alcohol consumption after beginning marijuana therapy. The same article described the results of a survey of self-reporting alcohol abusers who turned to cannabis as a substitute for alcohol.

Marijuana Can Reduce Benzodiazepine Dependence & May Aid In Withdrawal

As we have previously reported, the use of sedative drugs known as benzodiazepines continues to increase, with more than 30 million Americans now taking some form of the medication. Among the more common of these drugs are Xanax, Ativan and Valium, which are prescribed for reasons that include anxiety relief, muscle relaxation, insomnia, seizures, bipolar disorder, and alcohol withdrawal symptoms.

Short-term use of benzodiazepines is generally considered to be safe and effective, but may elicit side effects that can include dizziness, weakness, confusion, blurred vision, panic attacks, tremors, and depression. However, there is a growing concern over the trend toward long-term use of these drugs, which use can lead to tolerance, dependence, and adverse effects such as memory impairment, psychotic behavior, altered mental status, an increased risk of accidents while driving, and a significant increase in hip fractures among older adults.

Indications of the over-use of benzodiazepines has led medical and research communities to seek alternative treatment options that now include medical marijuana. Research has shown that cannabis can engage the same receptors engaged by benzodiazepines to elicit anxiety-suppressing results similar to those created by pharmaceutical drugs. In laboratory conditions, a single dose of CBD has been shown to provide rapid and sustained antidepressant-like effects. A broad-based analysis of data from a symptom-tracking app used by medical marijuana patients reported that users perceived a 50% reduction in depression and a 58% reduction in anxiety and stress following cannabis use.

These findings and other studies indicate that medical marijuana may prove to be a valuable aid in withdrawal from benzodiazepines, which can be an uncomfortable, difficult and, in rare cases, even fatal process.

Marijuana Mitigates Opioid Use and Abuse

With opioid use and abuse in the United States at crisis levels, there is a growing awareness and acceptance of the value of medical marijuana both as a substitute for opioid-based pain medications, and as potential tool for opioid addiction recovery. A range of surveys point to a growing preference for medical marijuana as the chosen therapy for pain management.

Among the reasons given for the preference of marijuana over opioids are:

And as we have previously reported, the case for marijuana as an alternative to opioids is more than anecdotal. Records show that legalization of medical marijuana at the state level has resulted in a decrease in opioid prescriptions by as much as 12 percent.

Discussions within addiction recovery communities often focus on the use of marijuana as a primary tool for managing opioid withdrawal symptoms. A survey of some 200 individuals engaged in opioid withdrawal revealed that a majority of respondents found marijuana helped ease their withdrawal symptoms. In addition, there are some indications that the passing of medical cannabis laws results in a lower rate of state-level opioid overdose mortality deaths.

While opioid abuse has recently grabbed the lion’s share of drug-related headlines, the United States still has a cocaine problem. Data from the National Institute on Drub Abuse shows a four-fold increase in overdose deaths involving cocaine between 2015 and 2020. A majority of these nearly 20,000 deaths involve a combination of cocaine and opioid abuse, but cocaine abuse in and of itself still takes a substantial toll. As we have previously reported, there is growing evidence that the marijuana cannabinoid, CBD, is emerging as a promising therapy for treating cocaine dependence.

Reporting from the journal Addiction Biology describes how CBD treatment resulted in a significant reduction in self-administered cocaine consumption in mice. Other studies also involving laboratory mice have demonstrated CBD’s role in reducing cocaine-enhanced reward responses in the brain, which in turn result in a decrease in self-administered cocaine consumption. Based on a systematic review of 52 studies on the therapeutic use of CBD for the treatment of cocaine dependence, the authors concluded:

The evidence indicates that CBD is a promising adjunct therapy for the treatment of cocaine dependence due to its effect on: cocaine reward effects, cocaine consumption, behavioral responses, anxiety, neuronal proliferation, hepatic protection, and safety.

There are several additional ways in which marijuana may mitigate the neurological effects of cocaine:

Marijuana For Cannabis Use Disorder

Medical marijuana has proven a boon for many, with millions of patients around the world enjoying the benefits of responsible use. But like any substance from drugs to alcohol or even food, too much of a good thing can lead to abuse, addiction, and both physical and mental impairments. Debates over the extent and nature of cannabis use disorder have shifted over time, and this condition is now generally defined as being a level of use at which ongoing physical and mental degradation is observed.

In cases of genuine use disorder, the answer may not be as simple as “kicking the habit.” Instead, in what might seem a counter-intuitive process, the solution may be to administer a different cannabis product. It’s a phenomenon CannaMD has previously addressed, and one that is gaining acceptance in the medical community.

One of the benchmark reports on the use of marijuana to address cannabis disorders was published in the July 2020 edition of The Lancet Psychiatry. In the study, adults diagnosed with cannabis use disorder were treated with varying strengths of the cannabinoid, CBD. Their findings indicated that when administered in an appropriate dose, CBD was effective in treating moderate to severe cases of cannabis use disorder, leading the authors to state:

We showed [that] cannabidiol [CBD] was a safe and efficacious treatment for reducing cannabis use in people with cannabis use disorder.

Medical literature includes limited but noteworthy insights on this phenomenon. In one case study, a male subject with a long history of bipolar disorder and cannabis use disorder was allowed to continue daily marijuana use, but with the addition of CDB oil. Over the course of therapy, the patient reported a decrease in anxiety and improved sleep, along with a concurrent reduction in daily marijuana consumption.

Similar results came from case reports of a woman exhibiting cannabis withdrawal symptoms that included anxiety and dissociative behaviors. Over the course of a 10-day regiment of daily CBD administration, these symptoms disappeared, leading the authors of the report to conclude:

CBD can be effective for the treatment of cannabis withdrawal syndrome.

CannaMD Is Certified To Treat Substance Use Disorders

Based on the growing body of evidence created by peer-reviewed research, CannaMD has earned approval from the Florida Department of Health to certify patients for a number of substance use disorders, including:

If you or someone you know is currently suffering from any of these conditions, or might be at risk of developing a disorder, CannaMD can help. We provide an easy pre-qualification service that connects you to a network of state-licensed physicians. Our team is always available to answer your questions, provide advice, and streamline the process of qualification for medical marijuana. Simply complete our free application to find out if you qualify or call (855) 420-9170.