Pro Athletes Who Use Marijuana 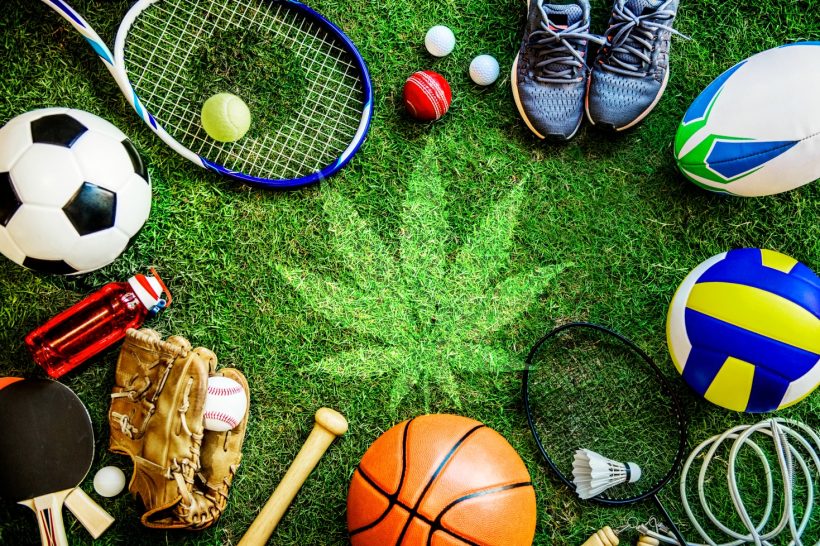 If you haven’t followed cannabis news lately, you might think marijuana is only used to “mellow out.” However, marijuana is being increasingly recognized for its ability to improve energy and enhance both quality of life and physical performance!

News of professional sports stars speaking positively of marijuana’s many benefits has caused more and more athletes to give cannabis a try. With reports of medical marijuana helping everything from stress and cognitive performance, to pain relief and exercise recovery, athletes from all walks of life are inquiring about treatment.

If you’re an athlete struggling with a qualifying condition for medical marijuana, but are on the fence about seeking treatment, we’re here to set your mind at ease. Professional sports stars have been coming out in droves, detailing how cannabis has benefited them in some very surprising ways!

To learn more about the science behind cannabis and sports performance, see: Marijuana May Improve Exercise. For a list of some the most vocal advocates of medical cannabis in professional athletics, keep reading below!

Eugene Monroe: Eugene Monroe was the first active player in the NFL to advocate for cannabis use among players. In a New York Times article, Monroe requested that the NFL cease testing players for cannabis, making the claim that it could potentially replace opioids which many are often prescribed.

Monroe is quoted as saying:

We now know that these drugs are not as safe as doctors thought, causing higher rates of addiction, causing death all around our country, and we have cannabis, which is far healthier, far less addictive and, quite frankly, can be better in managing pain.

Ricky Williams: Rickey Williams spent more than a decade in the NFL, and was suspended several times due to his enthusiastic use of marijuana. After leaving the NFL, Williams studied herbalism and holistic therapies, and started up a company called Real Wellness by Ricky Williams, which sells legal cannabis products.

During a discussion with Bleacher Report, Martin explained:

It was a lot. It was people who you wouldn’t think.

Cliff Robinson: Cliff Robinson had a lengthy career in the NBA, and faced two separate marijuana charges during his 18 years of play. He was even suspended three times for violating the NBA’s substance abuse policy!

Robinson has since gone on to advocate against the “war on drugs,” and is strongly in favor of marijuana legalization. He founded the company, Uncle Spliffy, which runs a dispensary in Portland, Oregon, and is a member of the Coalition to Regulate Marijuana in Connecticut.

Ryan Tucker: A first round draft pick in 2005, Ryan Tucker played it safe in the minor leagues. However, he noticed everything changed in the majors.

When you’re on the [major league] roster, you can use cannabis, and a lot of people do, openly.

Tucker has since opened a marijuana dispensary in Cathedral City, California.

Dirk Hayhurst: Echoing Tucker’s comments, Dirk Hayhurst claims that some big-league clubs will actually promote a player who smokes marijuana to the majors in order to avoid random drug testing at the minor-league level.

Tim Lincecum: In 2009, San Francisco Giants pitcher Tim Lincecum was pulled over and issued a civil infraction and fine after officers confiscated 3.2 grams of marijuana and a pipe. The following season, Lincecum and the Giants won the World Series. To this day, you can see “Let Timmy Smoke” t-shirts at Giants games.

Nick Diaz: Among pro athletes, none are as unabashed about their cannabis use as ex-UFC fighter, Nick Diaz.

During an interview with High Times, Diaz stated:

If I’m at home and I’m training – doing my same things every day – then I’m definitely going to want to use cannabis. It’s gonna help. I’m trying to stay focused on what I’m doing. I don’t want a whole lot of things going on – people to call back, or text messages or whatever. I chill out, relax a little bit, and then I don’t have those issues.

Frank Shamrock: Frank Shamrock was an undefeated UFC Middleweight champion, and now uses cannabis to treat injuries he racked up throughout his 16-year career. Shamrock is a member of the Athletes for Care organization, which advocates for cannabis, among other things. He also co-hosted The BakeOut Show, which aims to educate the public about medical marijuana.

During an interview with High Times, Shamrock had this to say about marijuana:

I used cannabis during my entire sports career, from day one until the very end. I used to recover, I used it for pain, I used oils to protect my brain.

Riley Cote: Riley Cote spent eight years in the NHL. Throughout most of his life, he has used cannabis for its therapeutic benefits. Cote cited cannabis with helping him treat pain, calm anxiety, recover quicker, and minimize the necessity for pharmaceutical drugs throughout his NHL career.

Cote is a founding member of Athletes for Care, and has also founded the HempHeals Foundation, which promotes “a cleaner more sustainable way of life, by including hemp as a renewable alternative to the toxic industries that currently have hijacked society.”

READY TO GIVE MEDICAL MARIJUANA A TRY?

Cannabis use among professional athletes hardly stops there. From world-class tennis players such as Julie Anthony to ultra-marathoner Avery Collins, sports legends from all walks of life have spoken up on behalf of marijuana’s benefits for athletes and non-athletes alike!

To see if marijuana can help you, reach out to CannaMD at (855) 420-9170 or complete a free online application, and find out if you qualify for medical marijuana treatment today!