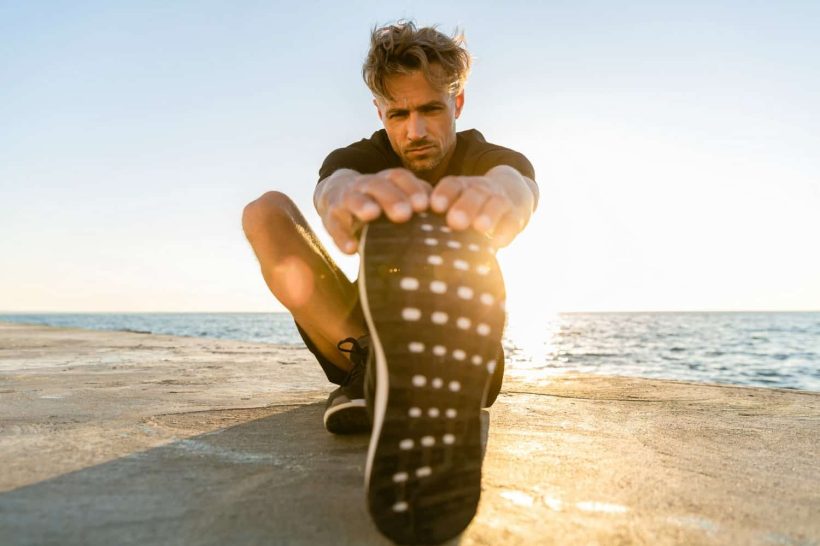 Based on existing stereotypes, you’d think that marijuana and athletics don’t mix. But the traditional image of the lethargic, couch-bound stoner doesn’t jibe with a reality in which an increasing number of athletes are embracing marijuana not only as a recreational release but also as a training and recovery aid.

Anecdotal descriptions suggest marijuana may provide benefits such as pain relief, mood enhancement and possibly weight loss. Assertions of athletic performance enhancement are less clear cut and often tied to specific strains and dosages of marijuana. In the past, such claims, pro and con, were difficult to measure in a quantitative manner.

Fortunately, a growing body of evidence now allows for a more objective assessment of the effects of marijuana on sports performance.

It is widely accepted that marijuana may impair certain cognitive functions, but the extent and nature of any such impairments have been shown to vary widely based on dosage, individual reactions and the chemical makeup of specific marijuana strains. The federal classification of cannabis as a Schedule I substance has historically inhibited research on the subject of human performance under the influence of marijuana.

Of the limited number of double-blind placebo-controlled human studies currently on record, one of the more oft-cited findings comes from the American Journal of Psychiatry. In this study, certified airline pilots were provided placebo or marijuana cigarettes, then tasked with performing a series of flight maneuvers. The findings of this study indicated that:

However, as a counterpoint to these findings, a study reported by the New York Academy of Sciences indicated that, while more complex tasks involving significant levels of decision making and new information could be mildly to significantly affected by marijuana use:

In addition, it has been suggested that the results of numerous early studies were skewed by the administration of unrealistically high doses of marijuana containing as much as 100 mg of THC. (It is generally accepted that strong psycho-activity is reported at dosages beginning around 10 mg THC.)

So what can we take away from these somewhat mixed findings?

Based on anecdotal feedback from athletes in disciplines ranging from mixed martial arts to surfing, there is a growing consensus that specific strains of marijuana — specifically sativa blends with moderate THC content — may actually enhance focus and creativity when practicing and refining familiar actions, but are less suited to achieving peak performance during activities requiring fast decision-making, or a workout that incorporates new exercises.

Cannabidiol (CBD), a non-psychoactive chemical compound in cannabis, is gaining increasing acceptance among athletes. Even some athletic governing bodies consider it as a viable alternative for managing pain and inflammation associated with training recovery and sports injuries.

An article published in the Journal of Cellular Research notes that:

Cannabinoids are potent anti-inflammatory agents and they exert their effects through induction of apoptosis, inhibition of cell proliferation, suppression of cytokine production and induction of T-regulatory cells.

Sources such as a 2018 study by the Hebrew University of Jerusalem confirm the anti-inflammatory benefits of cannabinoids, with an article published in Future Medicinal Chemistry stating that:

Cannabinoids downregulate cytokine and chemokine production and, in some models, upregulate T-regulatory cells (Tregs) as a mechanism to suppress inflammatory responses.

Manipulation of endocannabinoids and/or use of exogenous cannabinoids in vivo can constitute a potent treatment modality against inflammatory disorders.

Taken together, these and other sources paint an encouraging picture of cannabinoids as an aid to post-workout and injury recovery for athletes.

Though popular culture celebrates the image of the munchie-craving stoner, there is actually significant evidence that marijuana may contribute to weight loss. A 2013 epidemiological study concluded that:

The prevalence of obesity is paradoxically much lower in cannabis users as compared to non-users… and  is still present after adjusting for variables such as sex and age. We propose that this effect is directly related to exposure to the THC present in cannabis smoke. We therefore propose the seemingly paradoxical hypothesis that THC or a THC/CBD combination drug may produce weight loss.

Conclusions derived from this and other studies indicate that the lower average body mass index (BMI) of marijuana users may be due to the increased stimulation of CB1 receptors, which down-regulate the appetite-stimulating effects of THC.

In addition, there are indications that both CBD and another marijuana cannabinoid — tetrahydrocannabivarin (THCV) — may increase the metabolism of fat cells.

A study published in the July 2013 edition of the American Journal of Medicine, based on a sampling of more than 4,600 regular users of marijuana, concluded that this group on average had fasting insulin levels 16% lower than a non-marijuana users, as well as 17% lower insulin resistance levels.

Athletes are subject to both physical stresses and psychological stresses that may result from performance expectations or competitive pressures. Both forms of stress can have negative effects  on health.

One of the more influential hormones created by stressors is cortisol, which is released when the body’s sympathetic nervous system is triggered to create a “fight-or-flight” response.  Cortisol’s role in this process narrows arteries, increases blood pressure; raises blood sugar and blunts insulin sensitivity.  While the occasional triggering of this reaction in true emergency situations may have survival value, it can create significant negative effects when the body is repeatedly subjected to elevated cortisol levels due to the frequent stressors associated with athletic performance.

Research indicates a potential link between cannabis use and the regulation of cortisol. An article published in the journal Psychopharmacology reports that:

As more research is devoted to the study of medical marijuana’s potential effects on athletic performance, workout recovery and pain management, new benefits may be revealed.

Already, there is a sufficient body of evidence to suggest that medical marijuana may have a legitimate role to play in the locker room and on the training table.

Find out if you qualify for medical marijuana treatment today by completing a quick application or calling 1 (855) 420-9170.