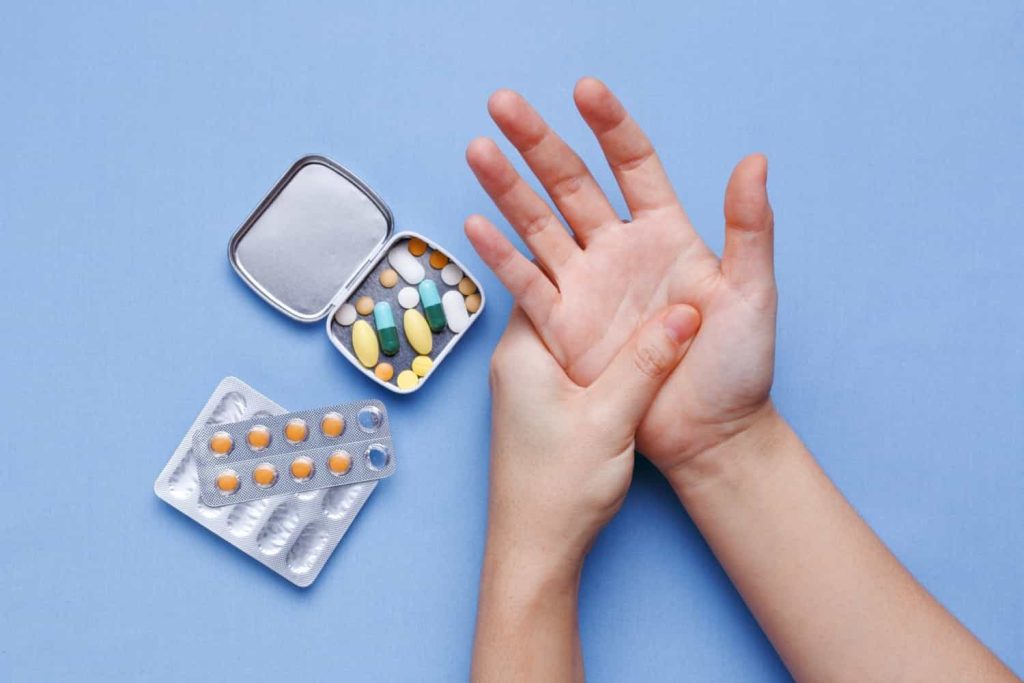 Marijuana has long been used for pain in medical traditions around the world. Today, both patient experience and modern scientific research support claims of medical marijuana’s effectiveness for pain management. It is also known that marijuana targets the body’s pain receptors in ways similar to synthetic opioids.

And so, in light of America’s ongoing struggle with a sweeping opioid crisis of addiction and overdose deaths, it makes sense that there is a growing interest both among the public and the medical community in the possibilities of medical marijuana as an alternative to pharmaceuticals for pain management.

In the past, CannaMD has reported on this trend, which includes a number of high-profile celebrities and athletes. Now, scientific studies put hard numbers to the trend and reveal some interesting and encouraging outcomes that take place when medical marijuana is substituted for opioids.

In the fall of 2018, scientists at the San Francisco Veterans Affairs Medical Center released findings from a survey on the subject of marijuana versus opioids. The researchers looked at the results of a nationally representative study of more than 9,000 respondents who shared information on their use of opioids and marijuana.

Among the most common reasons patients cited for moving to marijuana were:

As is often the case in the academic community, the study authors noted that more research on the subject was needed, but also add that:

Our findings suggest that even if objective measures do not support that marijuana is substitutive for opioid use, patients perceive that marijuana use has reduced their opioid use. Perhaps the commercialization of marijuana and the favorable media coverage surrounding the health effects of marijuana are fostering such a perception.

A broad-based study conducted by Florida International University looked at information from the National Survey on Drug Use and Health. The study, which surveyed more than 120,000 individuals, sought to determine whether those who lived in states where medical marijuana was legal were less likely or more likely to turn to opioids for pain relief.

The authors report that the legalization of medical marijuana:

Results further indicate that the presence of medicinal cannabis legislation appears to have no influence over opioid misuse.

This led to the conclusion that:

Medical marijuana laws may ultimately serve to attenuate the consequences of opioid over reliance.

Other takeaways from this study include findings that:

As more people gain access to medical marijuana, dependence on opioids for pain relief is likely to decline. This was the conclusion of a report jointly published by researchers at the University of Alabama and Vanderbilt University, which looked at trends based on more than 1.3 billion opioid prescriptions written between 2011 and 2018. The purpose of this study was to investigate potential links between opioid use and changes in medical marijuana laws.

We find that recreational and medical cannabis access laws reduce the number of morphine milligram equivalents prescribed each year by 6.9 and 6.1 percent, respectively.

These laws also reduce the total days supply of opioids prescribed, the total number of patients receiving opioids, and the probability a provider prescribes any opioids net of any offsetting effects.

Additionally, we find consistent evidence that cannabis access laws have different effects across types of providers and physician specialties.

Some of the more interesting data on the relationship between opioids and medical marijuana for pain management comes from the field of orthopedic surgery. A study of more than 500 pre-operative patients suffering from acute arthritis pain showed that marijuana use had increased from 9 to 15 percent between 2012 and 2017, while opioid use decreased from 24 percent to 17 percent over the same time period.

Another finding of the study was that there was minimal crossover between these treatment options, with only three percent of respondents using both marijuana and opioids.

More insights come from a survey of patients who underwent total joint replacement surgery. Those who received the cannabinoid medication Dronabinol had shorter lengths of stay and consumed fewer opioids.

There is a growing body of anecdotal and circumstantial evidence that cannabinoids, or compounds derived from cannabis plants, may play a role in mitigating some of the harms of the opioid epidemic.

While opioids are effective to manage the pain, they can have acute and chronic complications, including confusion, nausea, vomiting, constipation and high risk of addiction.

Medical cannabis is an effective and safe alternative for pain treatment.

Recent studies showed that patients have reported a reduction in opioid usage when taking cannabis as a substitute for pain relief.

To learn more about medical marijuana and pain management, see:

Marijuana and Arthritis: The Basics

If you are currently suffering from pain and are looking for a safe alternative to opioids, CannaMD can help!

We provide an easy pre-qualification service that connects you to our network of state-licensed, board-certified physicians. Our team is always available to answer your questions, provide advice, and streamline the process of qualification for medical marijuana. Simply complete our free application to find out if you qualify or call (855) 420-9170 today!