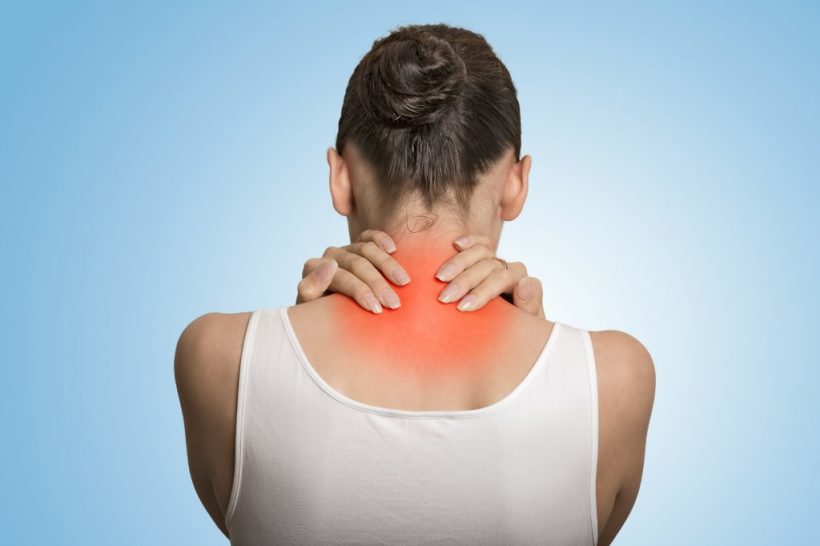 Fibromyalgia is a complex pain disorder that causes widespread musculoskeletal pain, sleep problems, and emotional and mental distress. According to the National Fibromyalgia & Chronic Pain Association, the condition affects an estimated 3-6% of the world’s population. Various treatment options exist; however, there is currently no known cure.

While additional studies are still needed, new research and patient testimonials suggest cannabis may be the missing piece to the puzzle.

As an assault survivor, CannaMD patient Diana Russom has sustained severe injuries resulting in a number of medical conditions, including: fibromyalgia, post-traumatic stress disorder (PTSD), and migraines. While Russom acknowledges the role of pharmaceutical medication in the early stages of her recovery, she notes that prescription painkillers and antidepressants soon became more of a problem than a solution:

At one point, they had me taking five Narco, two Buspar, two Celexa, three Klonopins, and multiple anti-inflammatories all in one day!

Unfortunately, Russom is not alone. According to a 2017 nationally representative survey, American adults take an average of four prescription drugs a day. (A 2016 Centers for Disease Control and Prevention study found that 11.9% of participants had taken over five prescription drugs in the past 30 days.) While the U.S. population has only increased 21% over the last two decades, the total number of prescriptions filled by adults and children has skyrocketed 85%.

According to Russom, medical cannabis completely changed her life:

I was able to cut my prescriptions in half!

When I walked into my pain management doctor’s office and told them I’d gotten my medical cannabis card, the nurses literally started dancing. My doctor was so happy!

In addition to decreasing other medications, Russom says cannabis also helped her regain her appetite, sleep better at night, and (surprisingly) stop struggling with allergies. (Cannabinoids exert a broad influence over the immune system and are being increasingly studied as treatment agents for asthma, allergies, and more.)

However, it was the plant’s ability to treat fibromyalgia that brings Russom to tears:

For two years, I couldn’t take a shower without excruciating pain, like tons of little needles raining down my back. And then one day [after using cannabis], I decided to give it a try – and it was just unbelievable. The pain was gone. I mean, the pain was GONE!

As CannaMD explored in an earlier post, the endocannabinoid system is comprised of naturally occurring cannabinoids (similar to the phytocannabinoids found in cannabis) and cannabinoid receptors (known as CB1 and CB2). These receptors and chemical compounds play a major role in regulating sleep, pain, immune system functioning, and more.

According to Cannabis and Cannabinoids Research:

The biologically hypothesized rationale for cannabinoid administration is whole-body exposure to exogenous cannabinoids to turn on pain inhibition.

(For more details on how cannabinoids work to alleviate pain, see: How Does Medical Marijuana Help Pain?.)

Speaking specifically to fibromyalgia pain, a recent study followed 28 patients who used cannabis and 28 patients who did not. Results published in the peer-reviewed journal PLOS One found:

[Cannabis user] scores showed a statistically significant reduction of pain and stiffness, enhancement of relaxation, and an increase in somnolence and feeling of well being. The mental health component summary score… was significantly higher in cannabis users than in non-users.

The present results together with previous evidence seem to confirm the beneficial effects of cannabinoids on fibromyalgia symptoms.

Despite the healing benefits of medical cannabis, Russom recognizes the treatment’s stigma. However, she claims results quickly win over even the harshest skeptics:

I took my cannabis extract one day and then my 84-year-old very conservative mother – who knows my anxiety and severe anger management issues – she saw me. We were having lunch, and my granddaughter almost dropped her drink. I didn’t even give it a second thought and reacted calmly. Later, when we were leaving, my mother mentioned the incident and said: “So your cannabis medicine is really working for you isn’t it? I was raised to believe it’s a hallucinogenic and addictive – something that would make you stab your grandmother for a dollar! – and I’m telling you right now I’m 1000% a believer!”

Russom also references the power of community, encouraging new patients to get involved with online groups (such as CannaFacts) and research other patient stories and YouTube videos.

Worried about getting started? Russom says to start with CBD oil, take it slow, and keep things in perspective:

I can either put two drops of THC sativa extract the size of a grain of rice on a cracker once or twice a day, and take indica [a strain of cannabis] at night for sleeping, or I can take a grocery bag of pills – guess which one I’m going to do!

Besides relief from fibromyalgia pain and a host other symptoms, Russom points to an even larger benefit:

Interested in learning more about medical cannabis? Speak with one of our qualifying specialists today!