Everything We Know About Marijuana and Cancer 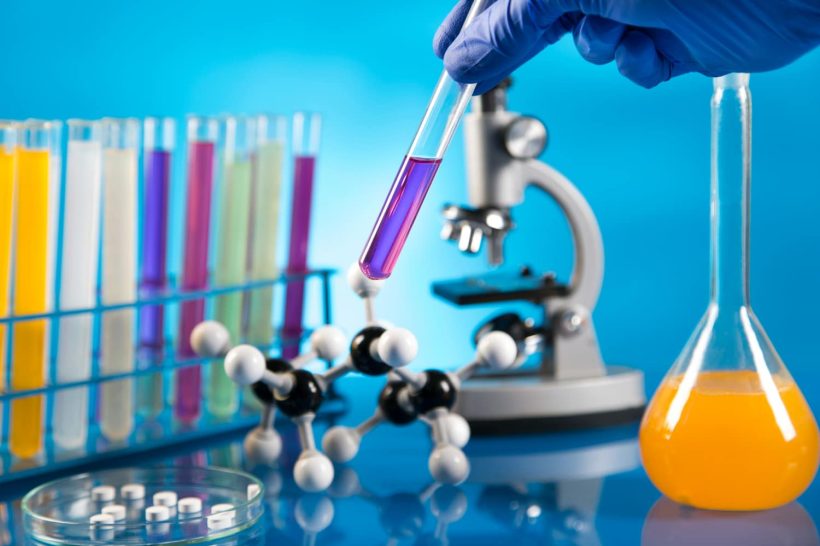 Several months prior, respected peer-reviewed journal, Cancer Medicine, published a comprehensive review of the molecular mechanisms underlying marijuana’s anti-cancer properties, including the role of the endocannabinoid system in carcinogenesis (the formation of cancer), the impact of marijuana cannabinoids on the immune system in the context of cancer development, and ongoing clinical trials evaluating the safety and efficacy of marijuana as an anti-cancer agent.

Today, CannaMD takes a closer look at this seminal study and new, exciting research on the horizon – outlining everything we currently know about medical marijuana and cancer.

The term cancer refers to a group of related diseases. In each case, some of the body’s cells begin dividing and spread into surrounding tissue.

Normally, cells grow and divide as we need them. When cells become old or damaged, they die and new cells take their place. However, when cancer develops, this system falls apart: Old and damaged cells survive when they shouldn’t and new cells form when they aren’t needed.

Unlike regular cells, which have distinct purposes, cancer cells are less specialized – which is one of the reasons why they can divide without stopping. Cancer cells can also ignore signals for programmed death, or apoptosis, which is how our body usually gets rid of unwanted cells.

These extra cells often form growths called tumors. Cancer cells can influence the normal cells, molecules, and blood vessels that surround a tumor – forcing the body to supply tumors with oxygen and nutrients.

There are currently over 100 known types of cancer, each usually named for the organ or tissue where the cancer forms.

According to the National Cancer Institute, cancer is a genetic disease caused by changes to our genes that control how our cells function.

These genetic abnormalities can be inherited, arise from errors that occur during cell division, or develop because of DNA damage caused by environmental factors (such as chemicals in tobacco smoke or ultraviolet rays).

Cannabinoids are a class of chemical compounds that typically interact with cannabinoid receptors. There are three types of cannabinoids:

While there are over 100 known phytocannabinoids, a small handful garner the most attention: delta-9 tetrahydrocannabinol (THC) and cannabidiol (CBD).

THC is the primary psychoactive compound in marijuana. CBD, which is non-psychoactive, attenuates the “high” produced by THC and has been widely studied for its effects on anxiety, pain, and other medical conditions.

Although research is still new, it appears there are two primary cannabinoid receptors: CB1 and CB2.

CB1 receptors have been observed in the brain and central nervous system and implicated in a wide-range of behaviors including memory, learning, emotions, perception, endocrine function, motor behavior, depression, anxiety, appetite, and cognition. CB2 receptors, found in the immune and nervous systems, show strong therapeutic potential for immune disorders and allergies.

It’s important to note that while CB1 binds with THC (and its endogenous cannabinoid twin: anandamide or AEA) as well as CBD and the endogenous cannabinoid, sn-2-arachidonoylglycerol (or 2-AG), CB2 receptors have a low affinity for THC/AEA and prefer to bind with CBD/2-AG. (For more details, see: Endocannabinoid Binding to the Cannabinoid Receptors: What is Known and What Remains Unknown.)

In fact, most research suggests that the action of CBD and other non-psychoactive cannabinoids is not linked to a direct activation of cannabinoid receptors. Instead, it’s been proposed that CBD primarily interacts with other types of receptors. For example, CBD and cannabigerol (CBG) have been shown to exert anti-cancer activity through interaction with a non-cannabinoid receptor called TRPM8.

In 1975, the Journal of the National Cancer Institute published a study that paved the way for modern marijuana research. After administering THC and cannabinol (CBN) – another phytocannabinoid – to mice with Lewis lung adenocarcinoma, researchers noticed that tumor growth slowed and/or stopped. THC-treated mice showed prolonged survival rates, leading researchers to conclude:

That [cannabis] compounds readily cross the blood-brain barrier and do not possess many of the toxic manifestations of presently used cytotoxic agents, makes them an appealing group of drugs to study.

Twenty years later, another study found similar results: Mice and rats given various doses of THC exhibited a “significant” dose-related decrease in the incidence of hepatic adenoma tumors and hepatocellular carcinoma (the most common type of liver cancer), as well as a decrease in benign tumors in other organs.

It’s been further demonstrated that silenced expression of CB1 receptors leads to an acceleration of intestinal adenoma (tumor) growth in mouse models.

In recent years, the National Cancer Institute has acknowledged marijuana’s evolving role in cancer treatment, indexing a number of preclinical and human studies on their website.

How does marijuana fight cancer?

Perhaps most exciting, the National Cancer Institute notes that:

This gives marijuana a unique advantage over chemotherapy. Instead of attacking all cells, cannabis only targets the dangerous ones – leaving healthy cells perfectly intact.

While the 2011 discovery that cannabis can actually “kill” cancer cells gained a lot of momentum in the press, there are a number of additional studies fueling excitement within the field. As the European Journal of Pharmacology notes:

Cannabinoids have been used for many centuries to ease pain and in the past decade, the endocannabinoid system has been implicated in a number of pathophysiological conditions […] Several studies have demonstrated that cannabinoids also have anti-cancer activity and as cannabinoids are usually well tolerated and do not produce the typical toxic effects of conventional chemotherapies, there is considerable merit in the development of cannabinoids as potential anticancer therapies.

A brief review of the basis for that merit is summarized, below.

In 1996, researchers administered THC to mice and rats and observed a dose-related decrease in the incidence of hepatic adenoma tumors and hepatocellular carcinoma in the mice, as well as a decrease of benign tumors (polyps and adenomas) in other organs (such as the mammary gland, uterus, pituitary, testis, and pancreas) in the rats.

A 2006 study published by the British Journal of Pharmacology referenced these and other findings, noting:

Additional research has shown that selective action of CB2 receptors results in “considerable regression of malignant tumors [caused by glioma cells].” Scientists have observed similar results with skin tumors, tumors of immune origin, and lung cancer. Echoing the conclusions of other researchers, a recent Oncogene study points to the promise of future research:

Our study suggests that cannabinoids like THC should be explored as novel therapeutic molecules in controlling the growth and metastasis of certain lung cancers.

Interesting work published by Molecular Cancer Therapeutics further suggests that cannabis may serve as an important complement to traditional cancer treatments. Study results indicate that combined administration of THC and temozolomide (the benchmark agent for management of glioblastoma multiforme – a highly treatment-resistant form of cancer) exerts a strong anti-tumoral action in glioma xenografts, an effect that is also observed in tumors that are resistant to temozolomide treatment.

A meta-analysis of 34 in vitro and in vivo studies of cannabinoids in glioma reported that all but one study confirmed that cannabinoids selectively kill tumor cells.

In addition to specifically targeting the disease itself, marijuana is also effective at treating cancer symptoms and treatment side-effects.

Interested in learning more? Check out these popular CannaMD posts:

CannaMD is also proud to offer a database of medical marijuana research studies. Browse cannabis and cancer studies, or explore other conditions!

CannaMD is committed to helping cancer patients pursue a better quality of life. To see if you qualify for medical marijuana treatment, complete a quick application or call (855) 420-9170.

And for daily updates on research and medical cannabis news, be sure to follow CannaMD on Facebook at @MyCannaMD.