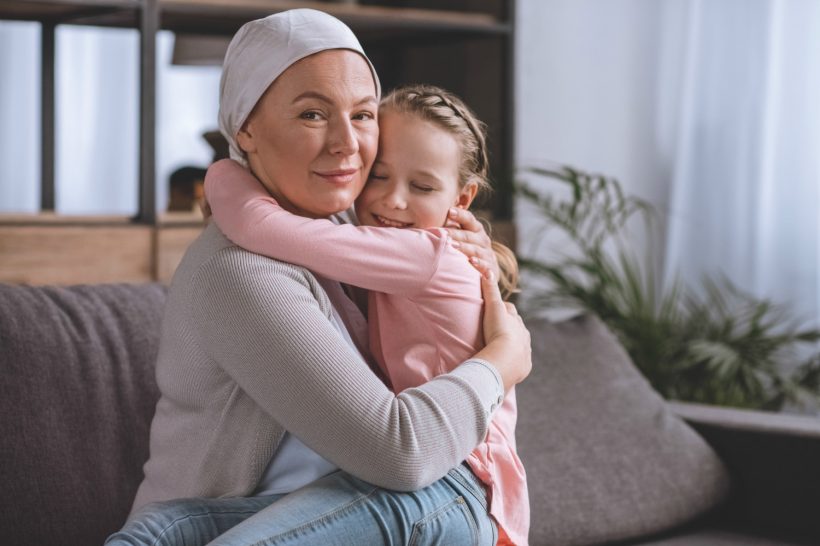 Medical marijuana is increasingly recognized as having a vital role in the treatment of cancer. In a previous post, CannaMD outlined the potential benefits of marijuana as an anti-cancer agent. As summarized by peer-reviewed journal Current Oncology:

For the cancer patient, cannabis has a number of potential benefits, especially in the management of symptoms. Cannabis is useful in combatting anorexia, chemotherapy-induced nausea and vomiting, pain, insomnia, and depression.

Here, we’ll take a deeper dive into its use in mitigating certain disease symptoms and side effects created by cancer treatments such as chemotherapy and radiation.

A History of Healing

Marijuana has a long history as a therapeutic agent, not only in traditional folk medicines, but also in mainstream medicine where it was historically prescribed by physicians to treat a range of conditions until being removed from The U.S. Pharmacopoeia in 1942.

It’s pretty clear from anthropological and archaeological evidence that cannabis has been used as a medicine for thousands of years — and it was a medicine in the US until 1942.

I’m an oncologist and I say all the time, not a day goes by when I’m not recommending cannabis to patients for nausea, loss of appetite, pain, insomnia and depression — it works.

Resurgent interest in marijuana’s healing properties came with the passage of California Proposition 215 in 1996. Worth noting is that one of the primary backers of the bill was a registered nurse, Anna Boyce, who had helped her husband obtain marijuana when he was dying of cancer.

Boyce describes her husband’s experience in the Journal of Pharmacy and Therapeutics:

He started chemo. He was ill. He was sicker from the chemo than he was from the cancer, because he wasn’t even aware how bad the cancer was. It was not only in the lung; it was in the liver and pancreas. He was given three months. The oncologist agreed [that] he could use marijuana.

Two puffs and my husband would go for chemotherapy with a smile and come home happy. He didn’t [need to smoke it] again until the next day.

The use of cannabis-based medicines in pain management has moved beyond anecdotal justifications as studies indicate the effectiveness of these marijuana derivatives.

CannaMD has detailed the pain management potential of cannabinoids in a previous post, available here. A summary of that article highlights the following:

Research has shown that components of marijuana can stimulate activity of the brain’s cannabinoid receptors, which act in much the same way as opioid receptors to regulate nociceptive processing, resulting in a reduction of pain signals associated with tissue damage and bone pain (which is a frequent cancer symptom).

Cannabis has also shown promise for neuropathy pain, which is also common among cancer patients. One study found:

[Medical cannabis may be] as tolerable and effective as current neuropathic agents.

Based on such findings, a growing faction within the medical field are recognizing the potential of medical marijuana as a complement to or even a replacement for opioids. For instance, Cannabis and Cannabinoid Research reported one study of more than 3,000 cancer patients prescribed cannabis for managing their malignancy-associated symptoms. Study results showed:

An observed drop in opioid use: Although opioids were the most consumed drug by patients at enrollment, after 6 months of cannabis use, 36% of them had stopped taking opioids entirely, and an additional 9.9% decreased their dosage.

In the face of the dramatic opioid epidemic in the United States, this finding offers reasons for hope.

New combinations of cannabinoids may prove even more effective than opioids and current cannabis-based medications, the study went on to report.

THC/CBD-balanced preparations, if well produced and standardized, could be considered a therapeutically safer option than dronabinol or nabilone.

Help with Nausea and Vomiting

Two of the unpleasant side effects of many chemotherapy programs are nausea and vomiting. A range of  antiemetic drugs are prescribed to mitigate chemo-related nausea and vomiting, including serotonin and dopamine receptor blockers, NK1 receptor blockers, and corticosteroids. Each of these medications has its own potential side effects, and not all patients respond positively to these medications.

As early as the 1970s, the potential therapeutic benefits of THC, CBD, CBG and other cannabinoids in cancer treatment were becoming apparent; there have since been more that 1,100 papers published on the subject.

Before medical marijuana became legal in many states, the research community investigated the efficacy of cannabis-derivatives such as Marinol (dronabinol), which is a FDA-approved cannabis-derived medication first used for HIV/AIDS-associated appetite and weight loss. Studies showed that dronabinol could be used either alone or in conjunction with traditional antiemetics to reduce chemo-related nausea and vomiting.

In a number of cases, cannabinoids were actually found to be more effective than pharmaceutical antiemetics. A study published in the British Medical Journal reported:

A broad systematic review of research literature published in 2015 examined the efficacy of cannabinoids for the control of nausea and vomiting in cancer chemotherapy, as compared to either placebo or antiemetic medications. A summary of findings showed:

This led researchers to conclude:

Cannabinoids are a useful adjunctive treatment to consider for people on moderately or highly emetic chemotherapy that are refractory to other anti-emetic treatments, when all other options of therapy have been tried.

Loss of appetite is a common symptom of some cancers, as well as cancer treatments including chemotherapy, radiation therapy and surgery. Marijuana has a history of use for the stimulation of appetite, and numerous studies have linked the cannabinoid THC to appetite stimulation. This led to the FDA’s 1985 approval of cannabis-based medication dronabinol (Marinol) for the treatment of anorexia and/or weight loss in HIV/AIDS or cancer patients.

In clinical studies, THC has shown significant stimulation of appetite and increase of body weight in HIV-positive and cancer patients. The appetite-stimulating effect of cannabis itself has also been well documented in many anecdotal cases.

There are strong indications that cannabis is better tolerated than THC alone, because cannabis contains several additional cannabinoids, like cannabidiol (CBD), which antagonize the psychotropic actions of THC, but do not inhibit the appetite-stimulating effect.

New research from the University of Washington has identified some of the “hunger triggers” created by inhaled marijuana. These findings came from an animal-based study that investigated the effects of vaporized cannabis on the hypothalamus. The hypothalamus is a portion of the brain plays a critical role in regulating energy balance by modulating both food intake and energy expenditure. CB1 receptors within the hypothalamus respond to cannabinoids, including THC, creating a ghrelin surge which increases hunger sensations.

Hope for the Future

Based on the ever-growing body of evidence of marijuana’s potential benefits for the treatment of cancer and the symptoms of cancer treatment, the American Cancer Society has also issued a position statement on the subject:

The American Cancer Society supports the need for more scientific research on cannabinoids for cancer patients, and recognizes the need for better and more effective therapies that can overcome the often debilitating side effects of cancer and its treatment.

CannaMD is committed to helping cancer patients pursue a better quality of life. To see if you qualify for medical marijuana treatment, complete a brief application or call 1 (855) 420-9170.