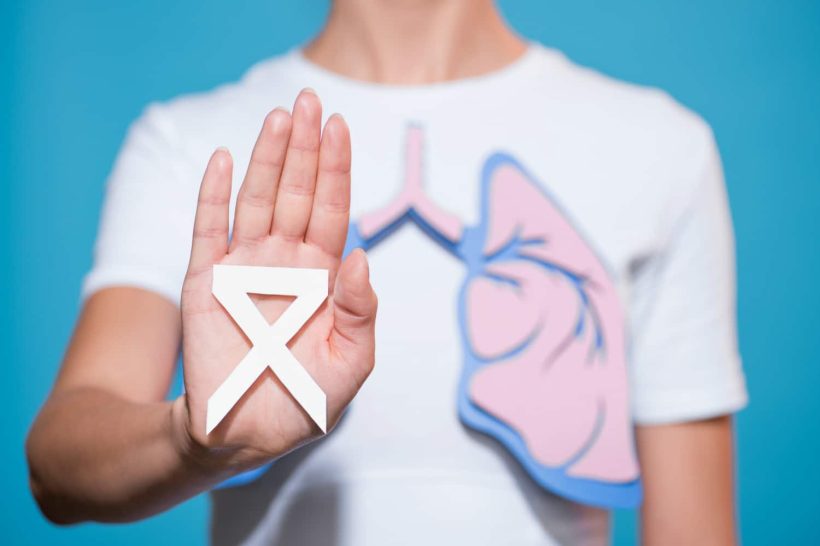 Multiple studies have confirmed marijuana’s ability to treat cancer symptoms, including chemotherapy side effects. More recent research has even suggested that marijuana may play a role in slowing and/or stopping cancer cells from dividing and, in some cases, even triggering cancer cell death.

But what about smoking marijuana? Is there any risk that inhaling cannabis could actually cause cancer?

Today, CannaMD takes a closer look at what the most current peer-reviewed research has to say.

How Does Marijuana Help Cancer?

The term cancer refers to a group of related diseases. In each case, some of the body’s cells begin dividing and spread into surrounding tissue.

Normally, cells grow and divide as we need them. When cells become old or damaged, they die and new cells take their place. However, when cancer develops, this system falls apart: Old and damaged cells survive when they shouldn’t and new cells form when they aren’t needed.

That’s why scientists with the Journal of Molecular Medicine were so excited to discover that marijuana may slow and/or stop cancer cells from dividing. Adding more fuel to the fire, a study published by Molecular Cancer Therapeutics concluded that marijuana cannabinoid, CBD, “induced programmed cell death in breast cancer cells.”

As summarized by the National Cancer Institute:

Of particular interest to today’s post, a recent study of an 81-year-old man with lung cancer supports the idea that CBD may help reverse tumor growth.

The patient, who had chosen not to receive chemotherapy or other cancer treatments because he was concerned they would decrease his quality of life, decided to use CBD oil twice a day. Within two months, the tumor in his lung underwent a “significant reduction in size” to what doctors described as a “near total resolution.”

While these studies mark an exciting step in cancer research, a lot of work remains to be done.

Until then, marijuana continues to be used more commonly to treat cancer-related pain, loss of appetite, and anxiety.

For a deeper dive on cannabis and cancer, consider reading: Everything We Know About Marijuana & Cancer.

While research is limited, the National Cancer Institute has catalogued the most significant studies to date. Results are outlined below.

Marijuana use was not associated with tobacco-related cancers or with cancer of the following sites: colorectal, lung, melanoma, breast.

Likewise, a population-based case-control study of 611 lung cancer patients revealed that chronic low cannabis exposure was not associated with an increased risk of lung cancer or other upper aerodigestive tract cancers. Furthermore, the study found no positive associations with any cancer type (oral, pharyngeal, laryngeal, lung, or esophagus) when adjusting for several confounders, including cigarette smoking.

These results led researchers to conclude:

[This study] suggests that the association of these cancers with marijuana, even long-term or heavy use, is not strong and may be below practically detectable limits.

As summarized by the National Cancer Institute, a systematic review assessing 19 studies that evaluated premalignant or malignant lung lesions in persons 18 years or older who inhaled marijuana concluded that:

Observational studies failed to demonstrate statistically significant associations between cannabis inhalation and lung cancer after adjusting for tobacco use.

In a review of the published meta-analyses, the National Academies of Sciences, Engineering, and Medicine concluded:

There was moderate evidence of no statistical association between cannabis smoking and the incidence of lung cancer.

At present, no conclusive positive associations can be drawn between cannabis smoking and incidence of lung or upper airway cancer.

Lastly, in what has been called “the largest and longest study ever” to consider the issue of marijuana and impaired lung function, the Journal of the American Medical Association found that:

Occasional and low cumulative marijuana use was not associated with adverse effects on pulmonary function.

Interestingly, results also suggest that low and moderate levels of marijuana use may even improve lung function, as measured by two lung capacity tests: FEV1 and FVC.

As associate professor of epidemiology and biostatistics at the University of California and lead study author Dr. Mark Pletcher explains:

FEV1 and FVC both actually increased with moderate and occasional use of marijuana […] It’s a weird effect to see and we couldn’t make it go away.

What About Other Cancer Risks?

While research is still young, scientists are optimistic about low risk associations between cannabis and other types of cancer, respiratory, and pulmonary diseases.

According to Canadian reports:

The association between chronic heavy cannabis smoking (without tobacco) and chronic obstructive pulmonary disease, is unclear, but if there is one, is possibly small.

Epidemiologic studies examining association of cannabis use with head and neck squamous cell carcinomas have been inconsistent in their findings.

A systematic review and meta-analysis of nine case-control studies involving 13,931 participants, supports this conclusion, noting that there was “insufficient evidence” to support or refute a positive or negative association between marijuana smoking and the incidence of head and neck cancers.

However, it should be mentioned that the retrospective cohort study discussed earlier, that found that marijuana use was not associated with tobacco-related cancers or lung cancer, did find that among nonsmokers of tobacco “ever having used cannabis” was associated with an increased risk of prostate and cervical cancer.

In this relatively young study cohort, marijuana use and cancer were not associated in overall analyses, but associations in nonsmokers of tobacco cigarettes suggested that marijuana use might affect certain site-specific cancer risks.

Where Can I Learn More?

CannaMD‘s team of certified medical marijuana doctors are also on hand to answer any questions you may have. Give us a call at 1 (855) 420-9170 and let us know how we can help!

You can also find out if you qualify for medical marijuana treatment by filling out a quick online application!