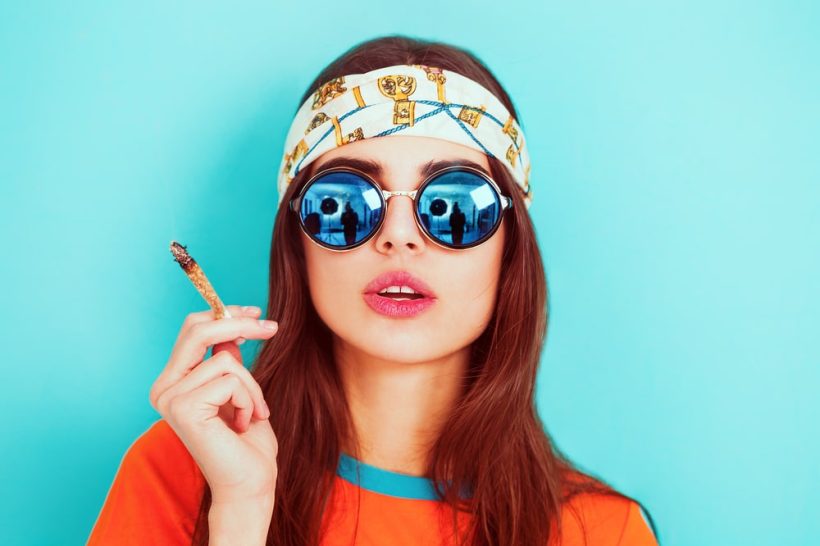 “Marijuana makes you lazy, apathetic, and emotionally detached.” For decades, critics of marijuana use have sounded this dire warning, and pop culture has long embraced and reinforced the stereotype of the lazy stoner. But science tells a different story.

In recent years, a number of studies on both adolescents and adults have painted a far more benign picture of marijuana’s effects on motivation, enthusiasm, and the ability to experience pleasure. Some of the most conclusive evidence to date comes from research conducted at the University of Cambridge and published in the International Journal of Neuropsychopharmacology in August of 2022. The study, aptly named, “Anhedonia, apathy, pleasure, and effort-based decision-making in adult and adolescent cannabis users and controls,” sought to determine whether marijuana use by teens resulted in higher levels of apathy (loss of motivation) and anhedonia (loss of interest in or pleasure from rewards).

Researchers surveyed 274 teens and adults who had reported using marijuana at least once a week over the prior three-month period. The average usage was four times per week. Participants were asked to respond to a series of standardized measurements used by psychologists to assess apathy, the ability to respond to pleasure, the desire to learn new things, and the willingness to complete a task in order to earn a reward. Results from this group were then compared to a control group of non-users, selected to represent similar backgrounds and demographics. Based on a comparison of scores, the authors concluded that:

Expanding on these conclusions, one of the co-authors, Dr. Will Lawn from the Institute of Psychiatry, Psychology, and Neuroscience at King’s College London, states:

There’s been a lot of concern that cannabis use in adolescence might lead to worse outcomes than cannabis use during adulthood. But our study suggests that adolescents are no more vulnerable than adults to the harmful effects of cannabis on motivation, the experience of pleasure, or the brain’s response to reward.

In addition to negating concerns over marijuana’s potentially negative effects on motivation and apathy, the Cambridge study raises the interesting observation that marijuana users were actually slightly less likely to exhibit the condition known as anhedonia, which is defined as an inability to experience pleasure. Anhedonia is a common symptom of depression. The authors did not draw any conclusions to suggest that marijuana use directly increases pleasure responses and decreases the risk of depression, but the data would certainly provide some evidence to support this hypothesis.

Another facet of Cambridge University’s overarching study known as “CannTeen” used magnetic resonance imaging (MRI) to monitor brain activity while test subjects were participating in reward-based exercises such as answering a test question for a chance to earn money. Tests were conducted for both adult and adolescent cannabis users, as well as equivalent control groups of non-users.

Whole-brain MRI imaging performed during test sessions indicated no difference in cerebral activity between user and non-user groups in areas of the brain involved in reward-response activity. In addition, the tests showed no difference in response between adult and adolescent cannabis users, leading the authors to conclude that:

Reward anticipation and feedback processing in key reward regions are unaffected by cannabis use at a moderate frequency of three to four days per week.

Adolescents are not at increased vulnerability to cannabis-related differences in neural reward processing.

The researchers did note one difference in brain activity among cannabis users, which was an elevated level of activity in the inferior parietal cortex and right frontopolar cortex regions of the brain. These areas are responsible for a wide range of neural functions, including spatial attention, mathematical operations, and the execution of goal-oriented behavior.

There is a significant body of research on the relationship between marijuana use and motivation, as CannaMD has previously reported.

Another study conducted by the Florida International University Department of Psychology tracked high school students over a two-year period, using periodic assessments to monitor academic performance, motivation, and mental well-being. After adjusting for a range of co-variables, the authors concluded that the only noteworthy difference between marijuana-using students and non-users was a slight increase in the impulse to skip school. In all other aspects of motivational performance, the authors reported that:

Our results do not support a prospective link between cannabis use and reduced motivation among adolescents.

Cannabis use may not lead to reductions in motivation over time.

Reporting in the 2021 issue of Harm Reduction Journal described the results of a study that measured the daily activity levels of more than 2,000 individuals, ages 20 to 59. Each participant in the study wore an accelerometer device for a period of seven days to determine their average activity level throughout the day. Participants were divided into three groups: non-cannabis users, infrequent (light to moderate) users, and frequent users, then tracked for daily time spent in sedentary behavior, moderate physical activity, and moderate to vigorous physical activity. After crunching the data, the authors reported several noteworthy insights. According to their results:

This study’s finding that older cannabis-using adults may be more inclined to engage in physical activity is in keeping with information previously provided by CannaMD, which has reported that marijuana may increase productivity among older adults.