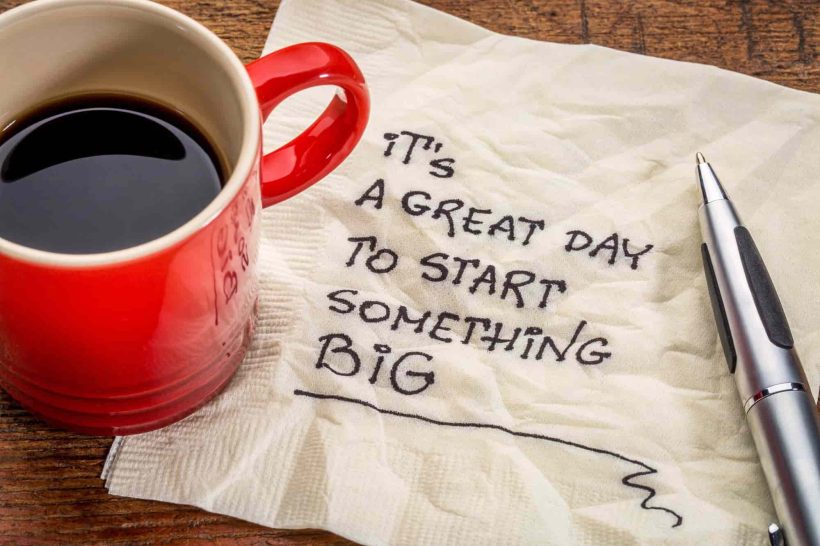 According to pop culture stereotypes, smoking marijuana will turn you into a lazy couch potato. But findings from several recent studies tell a different story, providing indications that there is no loss of motivation associated with marijuana use, and that in fact the opposite may be true.

The most recent blow to the “lazy stoner” stereotype comes from a study published in the January 2022 edition of the peer-reviewed journal, Experimental and Clinical Psychopharmacology. The project involved university students recruited to participate in a motivational study involving a test known as the “Effort Expenditure for Rewards Task” (or EEfRT). In this test, participants are given a series of repeated trials in which they are able to choose between performing an easy task for a modest monetary reward or a more difficult and complex task in order to earn a greater monetary reward. A total of 47 students at the University of Memphis undertook the test: 25 who self-identified as frequent cannabis users and 22 who were non-users.

The results indicated that the frequent cannabis users tended to select high-effort tasks more often than the non-user group. The authors stated:

The results provide preliminary evidence suggesting that college students who use cannabis are more likely to expend effort to obtain reward, even after controlling for the magnitude of the reward and the probability of reward receipt. These results do not support the amotivational syndrome hypothesis.

Amotivational syndrome is defined as a lack of desire to complete tasks, a sense of apathy about the future, poor concentration, and decreased interest in social and other activities. A long-standing assumption among some opponents of marijuana is that ongoing cannabis use will result in the development of amotivational behavior.

This study addresses the issue and provides contradictory evidence to the hypothesis, as the authors also state:

Contrary to the amotivational syndrome hypothesis, college students using more cannabis were more likely to select the high-effort choice option, regardless of the reward magnitude, probability, and expected value of the overall reward.

More insights on marijuana and motivation come from an online study conducted by the University of Colorado Boulder, which examined attitudes and behaviors associated with marijuana use and exercise. Adults in five states where recreational marijuana is legal were included in the study. After controlling for variables such as age and gender, the authors concluded that respondents who reported marijuana use engaged in more minutes of aerobic and anaerobic exercise per week than non-users.

The majority of participants who endorsed using cannabis shortly before/after exercise reported that doing so enhances their enjoyment of and recovery from exercise, and approximately half reported that it increases their motivation to exercise.

Research published in the American Journal of Health Behavior examined the impact of marijuana on exercise habits among seniors. Factors such as body mass index (BMI), exercise behavior, and cardiovascular fitness were measured over the course of a four-month program designed to increase physical activity for sedentary adults aged 60 and older. The results indicated that, as compared to non-users, participants who used marijuana had a lower BMI and engaged in more days of exercise. The study also concluded that marijuana use by participants did not have a negative effect on fitness.

The authors suggest that:

Future studies should collect more detailed information on patterns and forms of cannabis use to understand their potential health effects for older adults.

Such findings may be of particular value as adults over the age of 50 are the demographic reporting the greatest increase in marijuana use.

At the other end of the age spectrum, a 2021 manuscript published in the Journal of the International Neuropsychological Society reported on the results of a trial involving some 400 adolescents aged 14 to 17 who were administered a series of behavioral assessments over a two-year period. After adjusting for covariants, such as depression and the use of alcohol and nicotine, the authors concluded:

Our results do not support a prospective link between cannabis use and reduced motivation among adolescents.

Although the authors noted that subjects of the study who were frequent cannabis users tended to place a lesser importance on school, study results indicated that:

Cannabis use may not lead to reductions in motivation over time.

CannaMD continues to provide updates on new research on medical marijuana. If you have questions about medical marijuana, or conditions that qualify for medical marijuana therapy in the state of Florida, our board-certified physicians are here to help. Call our hotline at (855) 420-9170 or fill out a brief online application to see if you qualify for treatment.