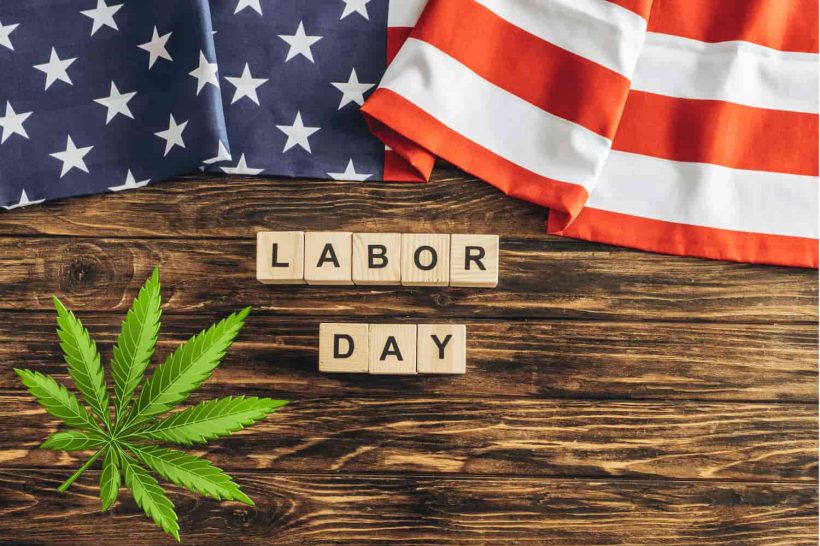 Labor Day is a day to celebrate workers and their achievements, but for many Americans, it’s also a day off from work. This year, as several states have legalized marijuana for medicinal use, the topic of medical marijuana in the workplace is drawing major interest from many employees and employers.

In this post, CannaMD rounds up several of our medical marijuana and work-related articles in order to dive deeper into recent legislation and the impact it could have on the way medical cannabis is treated in the workplace.

Marijuana use has long held a bad reputation when it comes to productivity. Mainstream society tends to view marijuana as a drug that produces laziness and lack of motivation, and this misconception often carries over to the workplace. In many cases, employers are hesitant to hire individuals who use marijuana because they worry that those workers will be less productive. However, studies have shown that this is simply not true.

A 2019 study published in the Journal of Policy Analysis and Management found that Marijuana use increases productivity in older adults. The longitudinal data revealed that state medical marijuana laws actually lead to increases in older adult labor supply – likely due to lower pain and better self-assessed health among adults 51+ in age.

Anxiety is one of the most common mental health problems in the United States. The Center for Workplace Mental Health reports that anxiety disorders affect nearly a third of all people at some point in their lives. This can significantly impact employment, with the organization stating:

Anxiety disorders are associated with poor job productivity and short- and long-term work disability, resulting in more than $4.1 billion in indirect workplace costs.

CannaMD has previously reported that CBD use has the ability to reduce employee anxiety, with studies showing that medical marijuana can contribute to fewer sick days and an increase in workplace productivity.

Additionally, more recent and comprehensive evidence regarding marijuana and anxiety comes from a study conducted by researchers from Washington State University. Based on the analysis of 5,085 reported sessions of cannabis use, the authors of the study concluded that:

Employer Perceptions of Cannabis Use

As recent studies continue to reveal how cannabis can improve worker productivity, employers are becoming more receptive to the idea. This shift in perspective is taking place in many organizations, with Amazon’s Dave Clark announcing in a 2021 blog post that the company will no longer include marijuana in its drug screening program.

Although many employers have become progressively more accepting of medical marijuana, we’re still a ways away from protecting medical marijuana users on a large scale, given that employers can still technically fire employees for positive marijuana tests in most states. Fortunately, changes are being made to protect more employees thanks to new laws that omit certain employees from pre-employment marijuana testing. CannaMD has previously discussed this legislation and how it relates to Floridians and the marijuana laws in the state.

When it comes to marijuana laws in the workplace, it’s important to know which states currently have laws in place that protect medical marijuana patients from being terminated. According to the National Conference of State Legislatures (NCSL), while some states have policies in place that address anti-discrimination for medical cannabis patients, “[s]ignificantly fewer states require employers to carve out accommodations for these patients”.

There are currently only 15 states that provide employee protection against medical cannabis discrimination. Of those states, only two (Nevada and New Jersey) protect employees from being discriminated against for recreational cannabis, while only Nevada requires employers to offer accommodation to medical cannabis patients who work for them. Employees in all other states can face discrimination and termination for using medical cannabis, even if they are in compliance with their state’s program.

Fortunately, there are several pieces of legislature in the works that may soon change this. The NCSL mentions some significant examples that can help protect both employees and employers:

The article also mentions the struggles that Florida has had in passing similar bills:

Florida considered several bills pertaining to medical marijuana, particularly HB 335, which also would have prevented employers from discriminating against medical marijuana users; however, this bill died in committee prior to receiving a vote in either chamber.

On top of adding legislation to protect employees from discrimination and guarantee more accommodations, some states are trying to reduce employment barriers for medical cannabis users. For example, a bill in Alaska was introduced in 2019 that would restrict the release of records pertaining to criminal convictions that are considered lawful today. This vital piece of legislation would help to remove a major employment barrier for people with past criminal convictions for cannabis use.

New legislation and shifting societal perspectives are promising for the future of medical cannabis users in the workforce. The future for Florida medical marijuana patients is looking bright, and CannaMD is proud to be on the frontlines of the fight to end the stigma surrounding medical cannabis use!