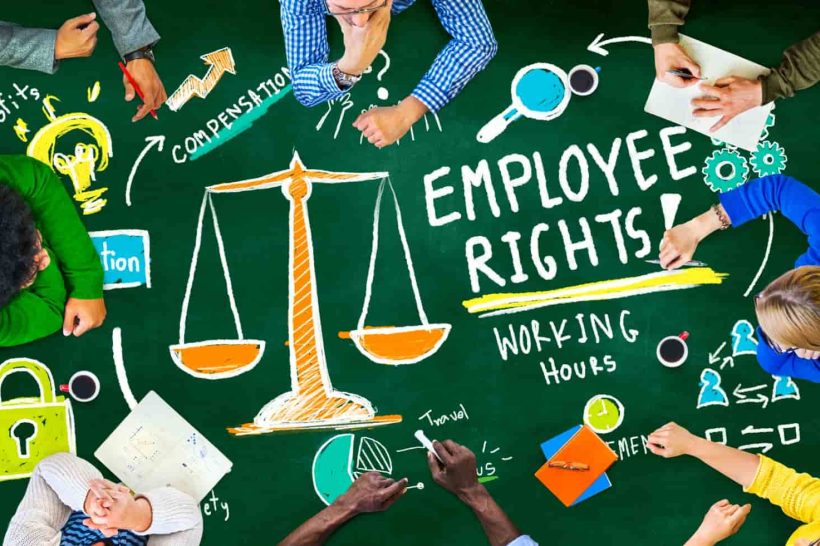 Under current Florida law, employers are not required to accommodate the use of medical marijuana in the workplace. The good news is that attitudes towards medical marijuana are changing and cases across the nation are setting new legal precedents that may extend protections beyond the “don’t ask, don’t tell” attitude that prevails in most work environments.

Currently, 14 states offer some form of employee rights for medical marijuana, and though Florida is not yet among those states, the legal landscape continues to evolve.

Medical Marijuana in the Workplace

One precedent-setting case of note comes from a 2019 ruling by the U.S. District Court of Arizona involving the termination of an employee using approved medical marijuana for pain relief in an off-duty capacity. In this case, the judge ruled that the employer had violated a non-discrimination provision in the Arizona Medical Marijuana Act.

Another ruling that could have a broad effect comes from a New Jersey case in which the judge ruled that an employer must reasonably accommodate an employee who used medical cannabis, as permitted by the state’s Compassionate Use Medical Marijuana Act. This case involved the off-duty use of medical marijuana for pain control, and found that the employer had engaged in disability discrimination based on the provisions of the Act.

In a statement from the law firm of Epstein Becker & Green published on JDSUPRA, the authors reported:

[This is] the latest case in which a court, interpreting a decriminalization statute that does not require non-discrimination or reasonable accommodation of medical marijuana users, has held that the employee may nevertheless be entitled to such protections.

As previously reported over the last two years, courts in Connecticut, Massachusetts, and Rhode Island have found that employers may have an obligation to accommodate an individual’s off-duty, off-site use of medical marijuana, where those states’ decriminalizing statutes expressly provide that employers are not required to accommodate use in the workplace.

This is particularly relevant to Florida patients, as the Sunshine State’s medical marijuana laws clearly state that employers do not have to accommodate medical marijuana use. However, as the lawyers above note, judges are ruling in other states that cannabis patients may still be entitled to protection.

On the national level, U.S. Representative Charlie Crist (D-St. Petersburg) co-authored a bipartisan bill that is now making its way through Congress.

In a statement on his official website, Crist states:

The bill, co-led by Congressman Don Young (R-AK), would protect veterans’ cannabis treatment options and their ability to be employed by the federal government. Currently, use of marijuana by federal employees is prohibited by law and any use is cause for termination.

For our veterans’, cannabis has been shown to address chronic pain and PTSD, often replacing addictive and harmful opioids. At the same time, the federal government is the largest employer of our veterans’ community. This conflict, between medical care and maintaining employment, needs to be resolved.

For federal employees complying with state cannabis law, they shouldn’t have to choose between a proven treatment and their job.

Likewise, Democratic Rep. Tina Polsky of Boca Raton proposed a Florida bill (HB 595) that would protect employees from discrimination in the workplace due to their status as a medical marijuana patient or for the use of cannabis while off the job.

According to a draft of the bill, submitted in November, 2019:

As High Times notes, the bill would not apply to Florida employees in occupations with safety-sensitive job responsibilities, such as heavy-equipment operators, first responders, day care, and health care workers, and those who drive, carry a firearm, or handle hazardous materials. The bill would also not give employees the right to use cannabis while on the job.

CannaMD will continue to post updates as legislation develops. For more information, see: Can I Use Medical Marijuana at Work in Florida?.

One argument opponents of medical marijuana make is that its growing acceptance will result in an increase in workplace accidents. But at this time, there is no compelling evidence that suggests this is the case.

A 2017 study by the National Academies of Sciences, Engineering, and Medicine found that:

[T]here was either no or insufficient evidence to support a statistical association between cannabis use and occupational accidents or injuries.

More insights come from a study conducted at Montanan State University, which made a comprehensive survey of workplace fatality statistics from all 50 states spanning 1998 to 2015. The numbers showed that:

Legalizing medical marijuana was associated with a 19.5% reduction in the expected number of workplace fatalities among workers aged 25-44.

Five years after coming into effect, medical marijuana laws were associated with a 33.7% reduction in the expected number of workplace fatalities

Medical marijuana laws that listed pain as a qualifying condition were associated with larger reductions in fatalities among workers aged 25-44 than those that did not.

These findings lead the authors to conclude:

The results provide evidence that legalizing medical marijuana improved workplace safety for workers aged 25-44. Further investigation is required to determine whether this result is attributable to reductions in the consumption of alcohol and other substances that impair cognitive function, memory, and motor skills.

The role of medical marijuana for pain management may be one key to this unexpected decrease in workplace accidents. The accepted explanation is that the adoption of medical marijuana may allow patients seeking pain relief to make a shift from the use of opioids and other pain-relieving drugs that can cause serious impairment or lead to addiction behaviors. This phenomenon may be particularly notable among older adults who are more often in need of some form of pain relief.

Indications of this phenomenon come from a study from the National Bureau of Economic Research, which concludes:

Medical marijuana offers a new treatment option for patients suffering from a number of health conditions. While marijuana cannot cure underlying conditions, medicinal use may reduce symptoms. There is evidence that patients may substitute medical marijuana for other conventional treatments. These substitution patterns are particularly relevant for older adults, as this population is much more likely to use prescription medications to treat symptoms associated with chronic health conditions….

Our analysis of health outcomes suggests that passage of a medical marijuana law leads to reductions in chronic pain and improved self-assessed health among older adults.

Passage of medical marijuana law (MML) leads to an increase in the probability of full-time employment by 3 percent and weekly hours worked (conditional on working) by 3 percent.

Because we do not find evidence that passage of a MML changes the probability of any work, we interpret our findings to imply that passage of an MML allows currently working older adults to increase their participation in the labor market rather than motivating a return to paid employment for those older adults who have previously left the labor market due to health conditions.

Under current Florida law, there are a number of conditions that qualify for treatment with medical marijuana. If you have questions or are seeking treatment for relief of a qualifying condition, call CannaMD‘s experienced team of doctors at (855) 420-9170 or fill out a quick and easy online form.

Our board-certified physicians are always available to help!