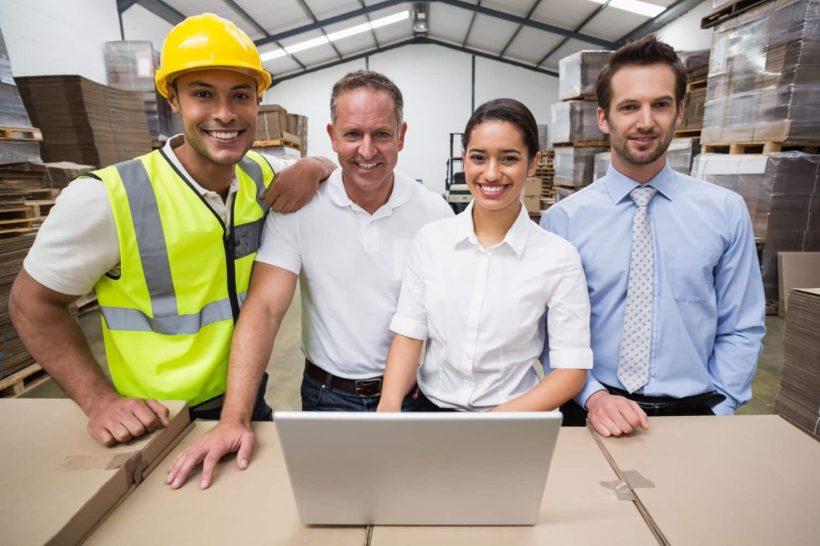 Given the historic stereotypes surrounding marijuana use, it might seem counterintuitive to claim that certain forms of cannabis and cannabis-derived products may actually improve workplace performance. However, that’s exactly what science suggests.

Much of the discussion on potential performance-enhancing benefits of cannabis centers on the role of the endocannabinoid, cannabidiol (more commonly known as CBD). Whether administered as a stand-alone product or as part of a specifically balanced formulation that works in consort with THC and other cannabinoids, CBD has shown promise in resolving a number of workplace-related performance issues.

According to the Center for Workplace Mental Health, anxiety disorders are the “most common mental disorders in the United States,” affecting 18% of adults and as many as a third of all people at some point in their lifetime.

A report from the organization states:

Anxiety disorders are associated with poor job productivity and short- and long-term work disability, resulting in more than $4.1 billion in indirect workplace costs.

CannaMD has reported on marijuana’s success in treating anxiety, highlighting a recent study that suggests high CBD/high THC products work best to offset stress. While social anxiety can hinder workplace performance by limiting peer-to-peer interactions and communication, according to a study published in the Journal of Psychopharmacology, one oral dose of CBD yields a “significant” reduction in subjective anxiety. Research also suggests CBD works in consort with THC to effectively treat post-traumatic stress disorder (PTSD).

While many recreational strains of marijuana with significant THC content are noted for their intoxicating effects, there is also evidence that formulations with moderate THC and a higher CBD content can result in enhancements of specific cognitive functions. Research has shown that CBD and THC may have opposing effects on neural performance, with CBD enhancing many of the same cognitive functions that THC suppresses. It has also been suggested that CBD may boost recognition memory and play a role in conflict monitoring and emotional processing.

The explanation for these effects may be the ways in which CBD activates cannabinoid receptors in the brain. A study from 2011 states that endocannabinoid levels are elevated following traumatic brain injury, which suggests that stimulation of the endocannabinoid system may play a significant role in both neuroprotection and neuroregeneration.

CBD has also been shown to improve cognition in a range of conditions involving cognitive impairment.

Poor sleep can have a range of negative effects on workplace performance, including absenteeism, decreased productivity, increased risk of accidents and injuries, and increased healthcare costs. CannaMD has reported on the ways in which medical marijuana can enhance sleep patterns by promoting slow-wave sleep.

Equally interesting is the finding that CBD formulations can play a beneficial role in promoting wakefulness, and in creating rest cycles that result in better sleep combined with increased alertness while awake. In a study involving night shift work, participants alternating between day and night work patterns were provided a single marijuana cigarette with relatively low THC content, and monitored for a range of performance benchmarks during simulated shifts.

The authors noted that:

It’s hard to be productive at work when you are in pain. A study by the American Medical Association found that 13% of workers experience a loss in productive time due to common pain conditions over a 2-week period. Other research based on information from the American Productivity Audit estimates that lost hours of productivity at work caused by pain costs businesses $80 billion a year.

Because CBD is known to promote a range of anti-inflammatory responses in the human body, its use for pain management is receiving growing attention. A 2016 clinical study of laboratory rats given transdermal CBD therapies concluded that topical CBD application has therapeutic potential for relief of arthritis pain-related behaviors and inflammation without evident side effects.

CannaMD has also reported on the ways in which medical marijuana can be an effective alternative to opioids for pain relief, and on the potential benefits of low-dose marijuana therapies.

In addition to helping managing pain, there is some evidence that CBD may aid in injury recovery. A 2019 report indicates that CBD may accelerate wound healing, and it is gaining attention in the sports medicine community for a range of potential recovery and healing properties.

If you are considering medical marijuana for pain relief, sleep enhancement, or other conditions and have questions, CannaMD is available to help. Call (855) 420-9170 to schedule an appointment with one of our qualifying physicians or fill out a brief application online!