Can Marijuana Fix the “Prescribing Cascade”? 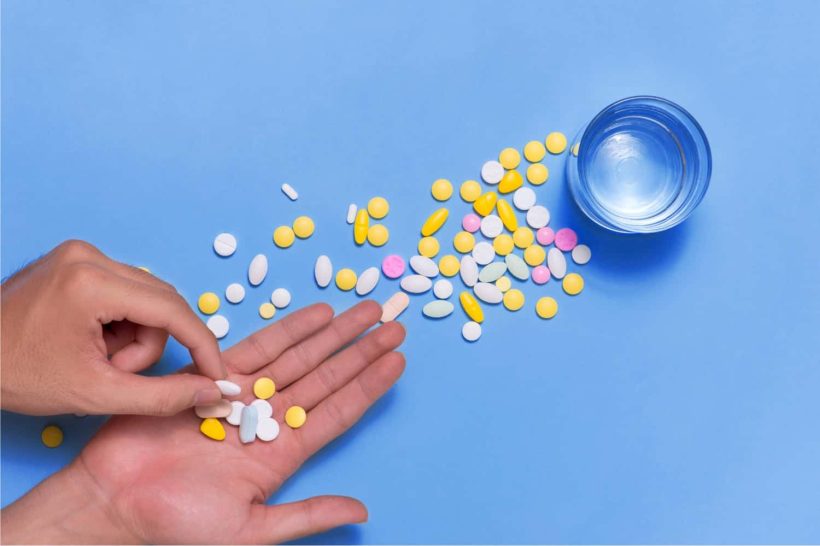 With modern medicine advancing at an astounding rate, new medications and treatments are becoming available to treat nearly every ailment life throws at you. And while this may sound like great news, it doesn’t come without its own drawbacks.

Polypharmacy (the use of multiple medications), and the resulting prescribing cascade (where drugs are prescribed to treat the side effects of another), are two such consequences of a medical community with an overabundance of tools at its disposal.

Medical marijuana presents itself as a potential solution to this problem: With few side effects, and potential applications in treating a whole host of different conditions, marijuana may be a safer alternative to many of today’s most prescribed medications.

Polypharmacy is a growing problem where patients are prescribed multiple different medications simultaneously in order to treat a given medical condition. With 35.8% of older adults in the United States taking upwards of five prescription medications a day, this is far from a small problem.

While polypharmacy might not seem like a big deal at first, when you consider the fact that each of these medications comes with its own side effects, you can see how quickly this becomes problematic. As an example, 6.5% of hospital admissions in the United Kingdom are the result of adverse drug reactions, with 90% of those hospitalized taking multiple medications at once.

It’s often mistakenly believed that taking multiple medications results in better management of a patient’s symptoms, but often that’s simply not the case. In fact, according to one study conducted by the University of Pittsburgh, patients experienced higher symptom burden and a lower quality of life when polypharmacy was employed.

The authors of this study went on to suggest that these negative outcomes could be due to the prescribing cascade, where an adverse drug reaction is misinterpreted as a new medical condition, resulting in the prescription of new drugs which starts the cycle anew.

WHO IS AFFECTED MOST?

While this is a problem in nearly every demographic, the elderly are especially susceptible to falling victim to the prescribing cascade.

Sir Munir Pirmohamed, professor of molecular and clinical pharmacology at the University of Liverpool, suggests prescription drugs may be “poisoning” the elderly. Due to many common pharmaceuticals being tested mainly on younger patients who aren’t dealing with multiple conditions, unforeseen problems often occur when older patients end up being prescribed multiple medications at a time.

However, it’s not just older patients who encounter problems with polypharmacy. Patients with difficult-to-treat illnesses such as epilepsy, or children with autism spectrum disorder (ASD), are all commonly prescribed multiple medications to treat complex symptoms. Add in adverse reactions from these additional medications, and the prescribing cascade can quickly become a problem.

HOW CAN MEDICAL MARIJUANA HELP?

Interestingly, medical marijuana is presenting itself as a potential solution to the problems of polypharmacy and the prescribing cascade. Containing hundreds of cannabinoids, including tetrahydrocannabinol (THC) and cannabidiol (CBD), cannabis has many potent effects:

With little in the way of side effects and adverse drug interactions, medical marijuana may potentially be used to replace a lot of the drugs patients are currently being prescribed.

Some examples of medical marijuana being put to good use in this regard include:

Ava Barry, who suffers from a rare form of epilepsy known as Dravet Syndrome, was taking up to 15 tablets a day to help manage her condition. Due to her medications not controlling her seizures, more drugs were prescribed, without the old ones being removed.

Her parents decided to take a chance and had Ava try CBD oil, which saw her seizures finally begin to subside. After beginning to take a mixture of CBD and THC, she was able to come off all of her other medications.

In a Project CBD article, nurse practitioner and president of the American Cannabis Nurses Association, Eloise Thiesen, gave her account of how many of her elderly patients came to her taking several medications to manage their pain. She’s had great success with switching her patients over to medical marijuana, saying:

Over and over I hear people say to me, ‘I’m getting my life back.’

Their thinking is clearer, they’re engaged again with their loved ones. They really are in the present moment, and it’s miraculous to see.

Numerous studies have found that in states where marijuana is legal, opioid pain medication prescriptions are noticeably reduced. Additionally, in a survey conducted at the San Francisco Veterans Affairs Medical Center, 4 in 10 respondents reported they either reduced or stopped opioid use completely when they began using medical marijuana.

Many patients suffering from anxiety and depression have also had good luck switching from prescription benzodiazepines to medical marijuana.

One study published in January 2019 by Cannabis and Cannabinoid Research observed that following an average two-month prescription course of medical marijuana, 30.1% of patients were able to stop using benzodiazepines. At the final follow-up, researchers saw a total of 45.2% of patients ceasing benzodiazepine use.

CANNAMD DOCTORS ARE HERE TO HELP

If you’re currently taking medication(s) for your health condition, don’t rule out medical marijuana as an alternative treatment. The odds are good that you’ll be added to the long list of medical marijuana success stories!

Reach out to CannaMD today at (855) 420-9170 to set up your appointment or fill out a free online application!