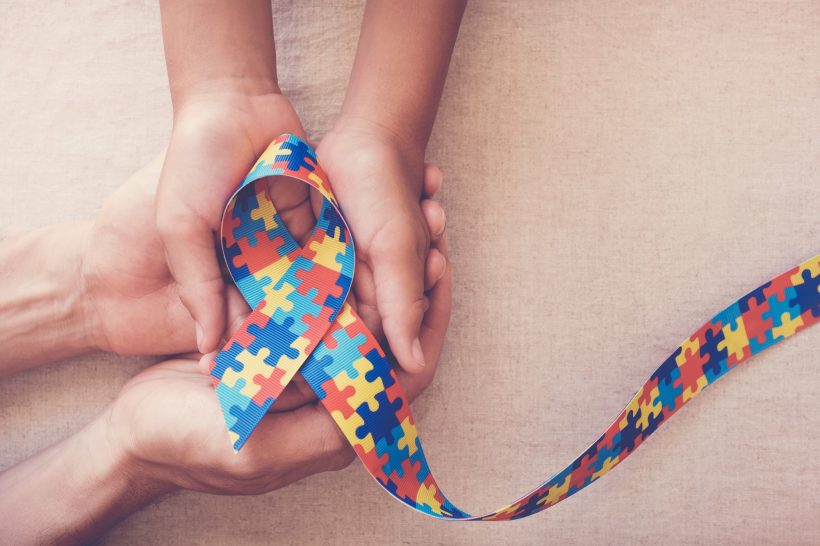 In this article, CannaMD explores the wealth of research that shows promise for using medical cannabis for autism.

Autism spectrum disorder (ASD) is a complex neurological and developmental condition that affects a person’s social interactions, communication skills, and behavioral patterns. It is called a “spectrum disorder” because the symptoms can range from mild to severe and affect people differently.

As explained by Autism Speaks:

There is not one autism but many subtypes, most influenced by a combination of genetic and environmental factors. Because autism is a spectrum disorder, each person with autism has a distinct set of strengths and challenges.

The ways in which people with autism learn, think, and problem-solve can range from highly skilled to severely challenged. Some people with ASD may require significant support in their daily lives, while others may need less support and, in some cases, live entirely independently.

Autism has been on the rise over recent decades, with no clear explanation for why. The Centers for Disease Control and Prevention (CDC) estimate that 1 in 44 children born in the United States in 2010 has been diagnosed with autism. Compared to the approximately 1 in 150 children born in 1992, that is an increase of roughly 300%.

Autism spectrum disorder can be diagnosed as early as 18 months, but most diagnoses are made after age 4. And while the exact cause of autism is unknown, it is believed to be caused by a combination of genetic and environmental factors. Further, there is no known cure for autism, only treatments and therapies that can help manage some of the symptoms.

Which is why studies that investigate the potential benefits of cannabis and autism — like the ones below — are so important.

The Link Between Cannabis & Epilepsy

Until recently, most arguments for marijuana’s potential for treating autism have been anecdotal. Advocacy groups like Mothers Advocating Medical Marijuana for Autism have shared dozens of testimonies describing how medical marijuana helps with symptoms of spasticity, improves sleep patterns, and reduces the frequency of inappropriate behavioral episodes.

These anecdotal accounts are now being backed up by research as scientists learn more about the significant overlap between epilepsy and autism. The two conditions share several similarities when it comes to epidemiology, etiology, and neurobiology.

One population study published in the journal Neuropsychiatric Disease and Treatment details the comorbidity between the conditions, stating:

This is a pertinent finding, given that it is well established that medical marijuana is an effective treatment for epilepsy. A case report published in the Journal of Medicine discusses a pediatric patient with both epilepsy and autism spectrum disorder. The patient was treated with cannabinoid extract as a complementary treatment. The authors noted that positive effects were experienced immediately at very low doses.

They went on to conclude:

This case report provides evidence that a lower than previously reported dose of a phytocannabinoid in the form of a cannabidiol-based extract may be capable of aiding in autism spectrum disorder-related behavioral symptoms, core social communication abilities, and comorbid anxiety, sleep difficulties, and weight control.

CBD is well established in the medical community as a potential treatment for PTSD, anxiety, pain, and sleep issues. But it doesn’t stop there. A 2019 study published in Frontiers of Neurology provides insight into how CBD may benefit people with autism.

Over nine months, the study followed 18 patients as they were treated with a CBD-rich cannabis extract made up of 75 parts CBD and 1 part THC. Researchers found that by the end of the study, almost all patients demonstrated improvement in one or more of the following areas:

The most significant improvements were seen in seizure activity, sleep disorders, social interactions, and ADHD.

Paired with the fact that the side effects of CBD were negligible in this study, the findings show great promise for CBD as a viable alternative to conventional treatments that often come with undesirable side effects.

As the authors of the study summarize:

The results reported here are very promising and indicate that CBD-enriched cannabis extract may ameliorate multiple ASD symptoms even in non-epileptic patients, with substantial increase in life quality for both ASD patients and caretakers.

A 2019 Israeli study showed similar promise as it documented the use of CBD-rich marijuana as a treatment in 60 adolescents with autism. The researchers found that:

This preliminary study supports feasibility of CBD-based cannabis trials in children with ASD.

A randomized double-blind, placebo-controlled clinical trial was done in 2021 on a cohort of 150 adolescents with autism. Researchers found that whole-plant cannabis extract was a safe and effective treatment for ASD symptoms.

One of the most extensive studies done on the subject was published in Scientific Reports and followed 188 ASD patients treated with cannabis between 2015 and 2017. The authors found that over 80% of participants reported a moderate or significant improvement in their symptoms.

Similarly, a 2019 Brazilian observational trial found that twice-daily administration of CBD extract led to improved autism symptoms in 14 out of 15 adolescent patients.

Cannabis has shown some encouraging results when it comes to treating autism. And while CBD has been the primary focus, research shows that THC may play an equally important role.

A study published by the Journal of Developmental & Behavioral Pediatrics demonstrated promise for THC as an autism therapy. The researchers administered Dronabinol (a cannabis-based medication that emulates THC)  to autism patients for six months.

The results indicated significant improvements in symptoms like irritability, lethargy, inappropriate speech, stereotypy, and hyperactivity. The authors also noted that 8 out of 10 adolescent patients with intellectual disabilities showed improvement in managing self-injurious behavior.

A 2018 study published in Molecular Autism claims that the signaling of anandamide (an endocannabinoid that binds to the same receptors as THC) may play a role in the pathophysiology of autism. The authors explain:

And as explained by Psychiatric Times:

Research studies have suggested that anandamide produces effects similar to, but less intense than, those associated with THC. Because of this similarity, researchers theorize THC has therapeutic potential in the treatment of autism.

An abundance of research still needs to happen before scientists fully understand how THC and CBD work together to treat autism. However, the available evidence does suggest that cannabis could be a valuable tool in treating this complex condition.

Ready to Get Your Medical Marijuana Card?

CannaMD can answer any questions you have about medical marijuana treatment for autism or any other medical condition. Give us a call at (855) 420-9170 or fill out our online form to see if you qualify today!