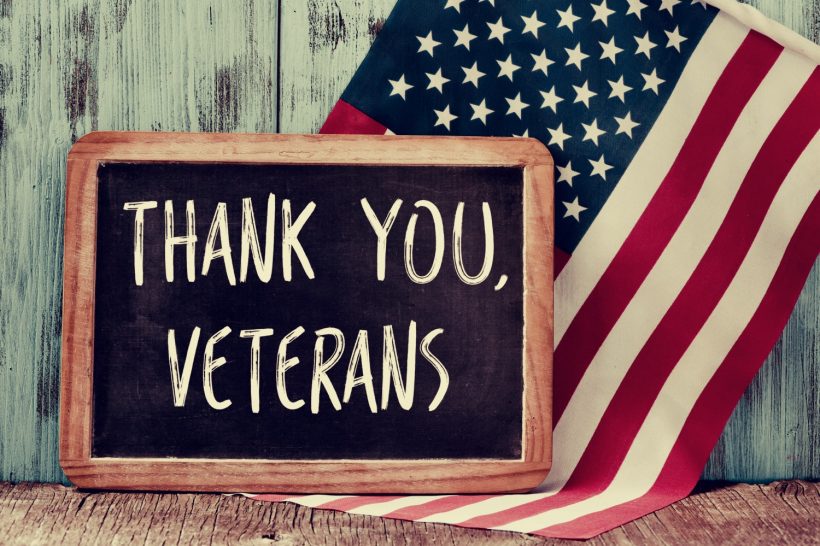 As we honor those who have served in the United States armed forces, CannaMD has organized five of the most important things every veteran deserves to know about medical marijuana, PTSD, and the Department of Veterans Affairs (VA).

We’re eternally grateful for the selfless sacrifice and courage of those who have served and remain committed to helping our veterans in any way we can!

If you are not a veteran, but have a loved one who is, we encourage you to share today’s important message.

While VA doctors can’t prescribe or recommend medical marijuana (that’s what we do), they also can’t withhold benefits because you’re a medical cannabis patient.

The VA, through VHA Directive 1315, confirms:

Veterans must not be denied VA services solely because they are participating in state-approved marijuana programs.

According to the VA:

Veteran participation in state marijuana programs does not affect eligibility for VA care and services. VA providers can and do discuss marijuana use with veterans as part of comprehensive care planning, and adjust treatment plans as necessary.

2. Marijuana May Work Better than Other PTSD Medications

According to a leading neuropsychopharmacology journal:

Although SSRIs [antidepressants] are associated with an overall response rate of approximately 60% in patients with PTSD, only 20% to 30% of patients achieve complete remission.

Fortunately, medical marijuana may provide an effective alternative. As Dr. Alexander Neumeister, director of the molecular imaging program in the Departments of Psychiatry and Radiology at the NYU School of Medicine, explains:

There’s not a single pharmacological treatment out there that has been developed specifically for PTSD. There’s a consensus among clinicians that existing pharmaceutical treatments such as antidepressant simply do not work.

In fact, we know very well that people with PTSD who use marijuana — a potent cannabinoid — often experience more relief from their symptoms than they do from antidepressants and other psychiatric medications.

For more on marijuana vs. pharmaceutical medication, see: How Marijuana Helps PTSD.

In addition to working with Veterans for Cannabis and other local organizations, CannaMD‘s board-certified physicians are honored to provide medical marijuana treatment to veterans and offer a 10% discount on all appointments.

CannaMD offers convenient locations all across the state. To schedule an appointment, simply call (855) 420-9170 or fill out a quick online application!

Veterans are also encouraged to speak with their local dispensary regarding military discounts on cannabis medication. Standard discounts include:

Note: Discounts are subject to change. Dispensaries may be running additional specials on Veteran’s Day.

A 2014 study of 80 patients applying for their state’s medical cannabis program concluded:

Based on the Clinician-Administered Post-Traumatic Scale (CAPS) for DSM-IV, study participants experienced greater than 75% reduction in CAPS symptom scores when patients were using cannabis compared to when they were not.

Research suggests that marijuana may work in a number of different ways to decrease PTSD symptoms. For instance, a recent Frontiers in Neuroscience review noted that marijuana cannabinoid, CBD, can inhibit disturbing memories while offering fewer side effects than pharmaceutical medication.

Lastly, research has identified a link between PTSD and low levels of the brain lipid, anandamide – a compound that closely resembles marijuana cannabinoid, THC. Anandmide has been called the body’s “natural antidepressant,” and when anandamide levels are restricted, results can include chronic anxiety, impaired fear extinction, aversive memory consolidation, and other symptoms of PTSD.

Importantly, anandamide activates our body’s CB1 receptors, the same brain receptors that are stimulated by THC. Studies link exposure to chronic stress to decreased CB1 receptor binding and expression within the hippocampus. This is a significant finding, as the hippocampus plays a major role in short and long-term memory consolidation (disruptions to memory consolidation are thought to play a role in PTSD flashbacks and other symptoms, such as hyper-vigilance).

While more research is needed, these studies suggest medical marijuana may restore balance to this complicated biological process.

Of the nearly 175,000 medical marijuana certifications issued in Florida in 2018, more than 41,000 were for the treatment of PTSD, making it the second most common qualifying condition behind chronic pain. While CannaMD‘s experienced team of physicians are always available to help, it’s important to know that other PTSD and veterans resources are also available.

A NOTE REGARDING ACTIVE SERVICE MEMBERS: The Department of Defense states in their military drug and alcohol policy for active service members that they will “…enforce the prohibition of illicit and controlled substances, and substances prohibited by lawful order. Controlled substances are scheduled in 21 U.S.C. § 812 and are referenced by the Uniform Code of Military Justice (UCMJ), 10 U.S.C. § 912a, Article 112a.” However, thanks to an amendment to the National Defense Authorization Act (NDAA), active service members may now use products containing hemp and its derivatives, including CBD (note: marijuana-derived CBD is still prohibited).

Ready to try medical marijuana? Or just have questions? Give us a call at (855) 420-9170 or fill out a quick and easy online form. Our board-certified physicians are always available to help!

And to all our veterans out there: THANK YOU for your courage, sacrifice, and protection!