What is Trump’s Position on Marijuana? 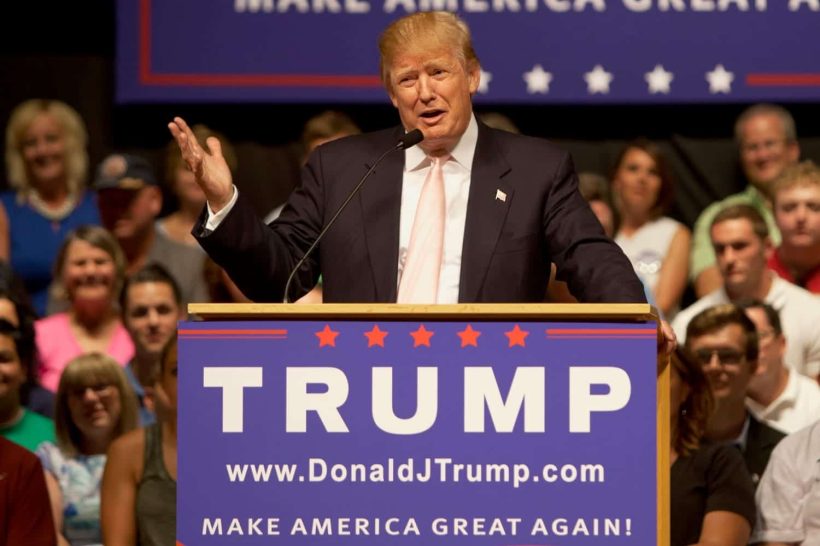 Where does Donald Trump stand on marijuana? It’s a question that continues to generate speculation by the media. As CannaMD has reported, the President’s position has shifted back and forth over the years, from once having stated support for full legalization to more ambivalent opinions on state-level legalization, along with anti-marijuana statements and polices enacted during his time in office that would restrict medical marijuana research and acceptance.

Unlike a number of candidates and several presidents who have admitted to personal consumption of marijuana, Trump asserts that he has never sampled marijuana and has never had a drink of alcohol. Such personal abstinence did not seem to color his historic opinion on controlled substances, however. During a 1990 luncheon hosted by the Miami Herald, Trump referred to the government’s drug enforcement efforts at that time as a joke, and told the audience that:

We’re loosing badly the war on drugs. You have to legalize drugs to win the war. You have to take the profit away from these drug czars.

Fast forward two decades, and as Trump began his run for the White House, his messaging became somewhat mixed. When questioned by Sean Hannity in June of 2015 on the question of Colorado’s legalization of marijuana, Tump stated his “very strong feelings” that legalization was bad, but then added that “medical marijuana was another thing.”

During a February 2016 appearance on Fox News’ O’Reilly Factor, Trump responded to the host Bill O’Reilly’s question on the effects of the legalization of marijuana by the state of Colorado saying:

The book isn’t written on it yet, but there is a lot of difficulty in terms of illness and what’s going on with the brain and the mind and what it’s doing. So, you know, it’s coming out probably over the next year or so. It’s going to come out.

At that point, when O’Reilly asserted that medical marijuana was “a ruse,” Trump replied:

But I know people that have serious problems and they did that they really — it really does help them.

While campaigning in Nevada in October 2016,  Trump said that the issue of legalization should be considered on a state-by-state basis. He reiterated that “medical marijuana should happen,” but also cautioned that in Colorado:

There’s a question as to how it’s all working out there, you know? That’s not going exactly trouble-free. So I really think that we should study Colorado, see what’s happening.

Through the remainder of the 2016 campaign cycle, Trump maintained a  generally consistent stance on medical marijuana and legalization as a state’s right issue. During this same campaign, however, the candidate made numerous statements suggesting the idea that a physical wall was needed to address illegal immigration and keep drugs out of the United States.

Once Trump was in office, his administration seemed to pivot towards a less favorable stance on legalization and state’s rights with the appointment of hard-line marijuana opponent Jeff Sessions as Attorney General. Sessions, who has repeatedly made his position on marijuana clear during his years in the Senate, said the following in March of 2017 during his address to the National Association of Attorney’s General:

I, as you know, am dubious about marijuana – as states can pass whatever laws they choose. But, I’m not sure we’re going to be a better, healthier nation if we have marijuana being sold at every corner grocery store.

Sessions went on to discredit the idea that medical marijuana could provide an alternative form of pain relief that could help address the opioid crisis.

Marijuana is a cure for opiate abuse? Give me a break! This is the kind of argument that’s been made out there to just – almost a desperate attempt to defend the harmlessness of marijuana of even its benefits. I doubt that’s true. My best view is that we don’t need to be legalizing marijuana.

Marijuana reform under the Trump administration seemed to take a further step backward in January of 2018. A day after California legalized recreational marijuana, Sessions issued a memorandum which overturned Obama-era policies that kept federal law enforcement agencies from interfering with the state laws that legalized marijuana.

Yet despite this apparent green lighting of a federal crackdown on state legalization, no concerted effort ensued. Instead, Sessions was replaced by William Barr in November of that year. Barr has since indicated that he favors a more lenient stance on marijuana laws, as well as a coherent national policy which might include legalization.

During his time in office, Trump himself repeated his opinion that marijuana reform is a state’s right issue, but he has not yet come out in outright support of national legalization. He drew criticism from reform advocates for his 2017 stated support of Philippines president Rodrigo Duterte’s  government-sanctioned attacks on drug suspects in which more than 12,000 suspects were killed by government forces.

These and other contradictory statements have lead some to label Trump as “anti-marijuana,” but the broader opinion is that he will ultimately come down in favor of marijuana reform at some level, whether it is a policy of non-interference at the state level, or support of the Marijuana Opportunity, Reinvestment and Expungement Act that is now making its way through the House of Representatives.

Many political observers feel that Trump’s ultimate position going into the 2020 election season will be based on his ultimate challenger for the White House. With most all Democratic candidates advocating national legalization, and national opinion in favor of marijuana reform, Trump is likely to move in the same direction as it becomes a matter of political expedience.

How to Start Medical Marijuana

CannaMD will continue to provide updates on medical marijuana and the status of marijuana reform as the nation moves deeper into the 2020 campaign season. If you have questions about medical marijuana, or conditions that qualify for medical marijuana therapies in the state of Florida, our board-certified physicians are here to help. Call our experienced team at (855) 420-9170 or fill out a brief online application to see you qualify for treatment.