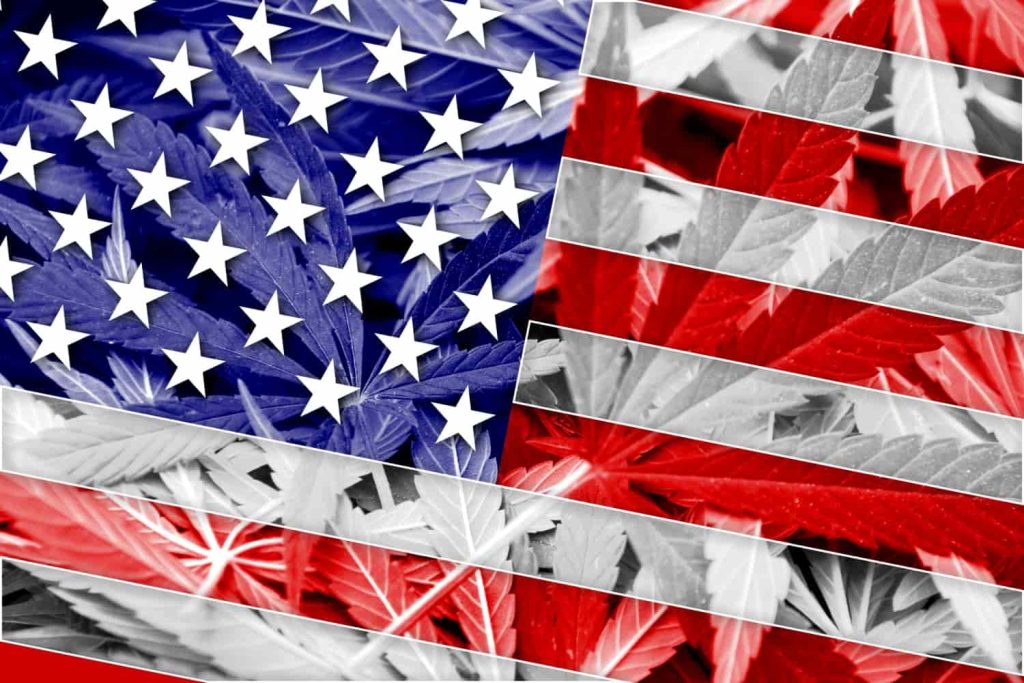 Attitudes towards marijuana have shifted dramatically since the days of Reagan’s War on Drugs. And with polls showing a majority of Americans favoring the legalization of medical and in some cases recreational marijuana, it’s not surprising that many hopefuls for the 2020 presidential race have come out in support of legalization or at least decriminalization of marijuana.

Here’s where the 2020 presidential candidates stand on cannabis.

Pinning down the President’s position on marijuana reform can seem a bit challenging, as he has made a range of statements over the years that leave his position somewhat unclear. In the 1990s, he advocated for legalization. But when questioned on the subject of legalization during the 2015 Conservative Political Action Conference, Trump stated:

I’d say it’s bad. Medical marijuana is another thing, but I think it’s bad and I feel strongly about that.

Other statements during his candidacy and presidency offer similarly mixed messages on legalization. At that same 2015 conference, when asked about his position on state-level approval of marijuana, Trump stated:

If they vote for it, they vote for it. But, you know, they have got a lot of problems going on right now in Colorado. Some big problems. But I think, medical marijuana, 100%.

After Trump took office, Attorney General Jeff Sessions announced his intention to pursue a hard-line stance against state-by-state legalization efforts, but the administration’s position seemed to soften after Sessions’s resignation.

When asked about federal legalization during an August 30, 2019 press briefing, Trump said:

While Trump has consistently expressed support for medical marijuana, his position on recreational cannabis and broad-level legalization remains unclear.

Biden’s stance on marijuana has certainly softened since his time as the chairman of the Senate Judiciary Committee when he oversaw the passage of the Narcotics Control Act of 1986. His position has made somewhat of a reversal over the years as public support for legalization continues to grow. But for the most part, the former Vice President remains somewhat of an outlier from the majority of Democratic hopefuls, most of whom are in full support of national legalization.

There’s has been a lot of scrutiny over Biden’s 2010 statement:

There’s a distinction between sending somebody to jail for a number of ounces and legalizing it. The punishment ought to match the crime.

However I believe legalization is a mistake. I nonetheless consider [marijuana] is a gateway drug.

In 2013 Biden appeared to soften his stance a bit when he stated:

I believe too many of my young people are being unfairly punished and chewed up by the criminal justice system over small amounts of marijuana. Their lives are being severely and adversely affected by the sheer number of arrests and incarcerations we are making.

Biden’s current position, as outlined in his Justice Reform Proposal, would reclassify cannabis as a Schedule II drug. This reclassification would be a boon to researchers, but falls short of full legalization. The official wording on his website calls for a plan to:

As president, [Biden] will decriminalize cannabis use and automatically expunge prior convictions. And, he will support the legalization of cannabis for medical purposes, leave decisions regarding legalization for recreational use up to the states, and reschedule cannabis as a Schedule II drug so researchers can study its positive and negative impacts.

In a November, 2019 town hall meeting, Biden doubled down on his concern that marijuana may be a “gateway drug.”

Senator Warren’s historic position on marijuana favored the continuation of research into its potential medical benefit, but fell short of calling for full legalization. Warren’s thinking has shifted in recent years, and though some have called her support for legalization tepid, Warren has gone on the record in support of Massachusetts’s Sensible Marijuana Policy Initiative.

So, actually, I supported Massachusetts changing its laws on marijuana. Massachusetts had decriminalized at that point and I thought it made a lot more sense for Massachusetts to go ahead and legalize marijuana, and I now support the legalization of marijuana.

Warren more recently co-sponsored the bi-partisan STATES Act which would allow states to implement their own marijuana laws without federal interference, and was among the co-sponsors of the Marijuana Justice Act, which seeks to legalize marijuana at the federal level.

On February 28 of this year, Warren tweeted:

While Warren claims she’s never tried cannabis and has “no plans to start now,” her recent actions signify a shift from her early career and a strong support for marijuana legalization.

As one of Congress’s earliest and most unapologetic advocates of marijuana reform, Sanders’ s stance on legalization is clear. He co-sponsored a 1996 House Bill seeking to legalize and regulate medical marijuana, and has introduced and supported a range of pro-marijuana legislation in the years since. Most recently he became a co-sponsor or the Marijuana Justice Act of 2019 and the Secure And Fair Enforcement (SAFE) Banking Act of 2019.

On September 24 of this year, the Senator from Vermont announced his legalization plan at precisely 4:20pm. Key points of the plan are to:

In support of that plan, Sanders tweeted:

When we said four years ago that we needed to legalize marijuana, it was considered a “radical” idea. Today, 11 states plus DC have legalized it. Not so radical anymore. When we’re in the White House we will do so nationwide.

The Rest of the Field

Though no other Democratic candidates are currently poling in the double digits, it’s worth noting that most all of the tier-two contenders are now on the record supporting legalization.

A long-time advocate for marijuana reform, Booker was the primary sponsor of the Marijuana Justice Act. He explained:

The Marijuana Justice Act seeks to reverse decades of this unfair, unjust, and failed policy by removing marijuana from the list of controlled substances and making it legal at the federal level.

Though he spoke little about marijuana form during the early days of his candidacy, the Mayor from South Bend is now on board with legalization. On his website, Buttigieg states:

We will, on the federal level, eliminate incarceration for drug possession, reduce sentences for other drug offenses and apply these reductions retroactively, legalize marijuana and expunge past convictions.

The former San Francisco district attorney has drawn heat for her early record on marijuana convictions, but she has since moved from enforcer to advocate, and has pledged her full support for legalization. Her official website states:

Kamala will take action to legalize marijuana, further reform federal sentencing laws, end private prisons and the profiting off of people in prison, and push states to prioritize treatment and rehabilitation for drug offenses.

This entrepreneur, lawyer, and philanthropist made his position on the subject clear when he introduced a line of marijuana-themed campaign merchandise in August of this year. Per Yang’s website:

We need to resolve the ambiguity and legalize marijuana at the federal level. This would improve safety, social equity, and generate tens of billions of dollars in new revenue based on legal cannabis businesses.

From going on record against legalization in the late 1990s, Senator Klobuchar has since revised her position, stating:

I support the legalization of marijuana and believe that states should have the right to determine the best approach to marijuana within their borders.

In contrast to the majority of the Democratic filed, and despite having once bragged about his personal enjoyment of marijuana, late-comer to the field Bloomberg has become a vocal critic of legalization, recently stating:

We are trying to legalize another addictive narcotic, which is perhaps the stupidest thing anybody has ever done.

The Future of Marijuana Politics

The fact that a majority of candidates favor some form of marijuana reform and decriminalization or full legalization is good news for the field of medical marijuana research, as removing restrictions on the use of marijuana in its various forms will not only give more patients access to cannabis medications, but will also allow researchers to  engage in new studies not now possible under federal law.

CannaMD will continue to follow the issues, and our board-certified physicians are always available to answer your questions. To learn more or find out about qualifying conditions for medical marijuana in Florida, you can call us at (855) 420-9170 or fill out a quick and easy online form.