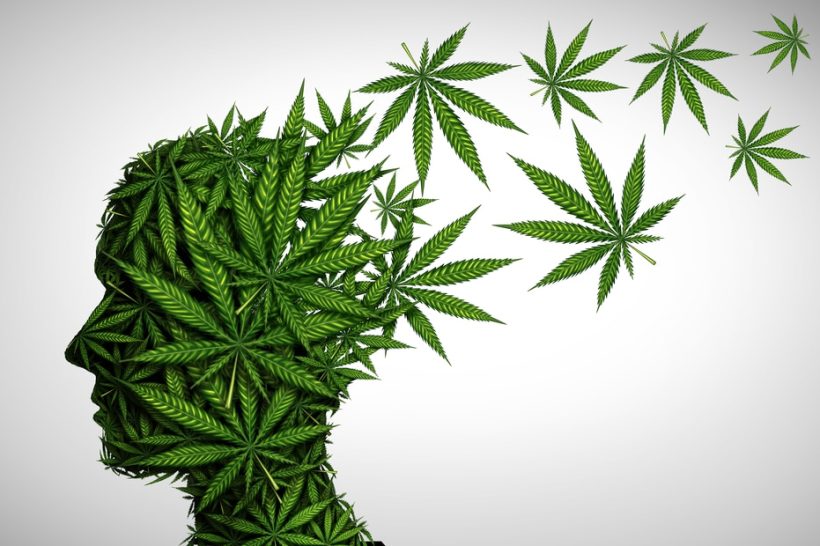 The recent release of a report by the National Institute on Drug Abuse generated a flurry of attention-grabbing headlines in the popular press. “Young adults are using marijuana and hallucinogens at the highest rates on record,” warned one major new agency, while another described the use of marijuana and psychedelics as “soaring among young adults.”

The sensational nature of these headlines might create the impression that the youth of America are engaging in uninhibited drug binges. But a closer inspection of the information gathered by the annual Monitoring the Future (MTF) survey reveals a far more nuanced explanation of both trends.

What is the new marijuana & hallucinogen study?

The annual MTF study has been conducted every year since 1975 and is designed to measure drug and alcohol use based on self-reported information compiled from survey participants. Details of the study’s survey methodology are stated in the introduction to its report:

The integrated MTF study includes annual surveys of nationally representative samples of 8th, 10th, and 12th-grade students, as well as a subset of 12th-grade students followed into adulthood from each graduating class. Repeating these annual cross-sectional surveys over time provides data to examine behavior change across history in consistent age segments of the adult population, as well as among key subgroups.

Findings from the most recent MTF study were released in August of 2022. Based on self-reported data from participants age 19 to 60, the study authors identified a number of noteworthy trends in substance use, including the aforementioned increased use of marijuana and hallucinogenic substances.

Is marijuana use increasing?

Past-year, past-month, and daily marijuana use during the most recent survey period were at the highest levels since reporting for use began in 1988. This increase was noted in all age groups from 19 to 60, but the popular media has focused primarily on the young-adult group from ages 19 to 30. Within this group, some 43% reported past-year marijuana use, which represents a significant increase from self-reported use of 34% in 2016, and 21% in 2001. Past-month and daily marijuana use also showed increases over the same time period, increasing from 17% to 29% and 6% to 11%, respectively.

Individuals who used medical cannabis were less likely to meet criteria for an alcohol use disorder or to use other illicit drugs, [and that] medical cannabis users may tend to use with the goal of alleviating medical symptoms in addition to alleviating anxiety and other motives.

Hallucinogen use on the rise

Some of the most attention-getting takeaways from the latest MTF survey are related to increases in the use of hallucinogenic compounds. Over the previous decade, self-reported past-year use of hallucinogens by young adults increased from 3% to 8%. Among the substances included in this category are LSD, MDMA, mescaline, peyote, psilocybin mushrooms, and PCP. The only substance in this category with a reported decrease in use was MDMA (also known as ecstasy or molly).

While young adults reported the greatest increase in the use of hallucinogens, there were also increases noted among older adults. Survey results show that previous-year use by adults age 35 to 50 remained relatively stable for many years, rising from 0.7% in 2011 to 0.8% in 2016, followed by a marked increase in use in 2020 to reach 2.5% in 2021. In contrast to these increases, research reveals that consumption of hallucinogenic drugs by teens age 12 to 17 has decreased in recent years.

Is there a link between marijuana & hallucinogen use?

Headlines such as those mentioned above might seem to imply a correlation between increased marijuana use and hallucinogen consumption. However, the MTF study made no such assertions. As we have previously reported, evidence does not suggest that marijuana is a “gateway drug” that leads to the consumption of other substances, including hallucinogens.

One suggested commonality between the consumption of marijuana and hallucinogens comes from a research study conducted by the University of Miami. Based on self-reporting from some 3,000 respondents, the authors concluded that consumption of both marijuana and the hallucinogen psilocybin was often tied to a therapeutic desire for pain relief and improved mental health.

[T]hose consuming psilocybin exhibited lower evidence of severe depression and anxiety compared with the other groups.

The use of psychedelics for mental health therapy has gained increased attention in recent years, and there is some evidence to suggest that certain psychedelic compounds may aid in the treatment of acute depression, substance addictions, obsessive-compulsive disorder, anxiety associated with life-threatening diseases, and social anxiety in autistic adults.

At this time, psilocybin compounds remain illegal in all states, but are decriminalized in Colorado, with full legalization in that state on the November 2022 ballot. Academic opinions on the use of psilocybin vary, with some sources indicating it is a relatively safe drug, while others warn against potential negative outcomes from psilocybin use in a recreational context, and advise that it be used only in controlled settings with appropriate safety guidelines in place for users and researchers.

In addition to marijuana and hallucinogen use, the MTF study reported on a number of additional trends relating to substance use. Among the insights:

Full results from the 2022 MTF study will be released in December of 2022. Any additional insights relative to medical marijuana use and related subjects will be reported by CannaMD at that time.