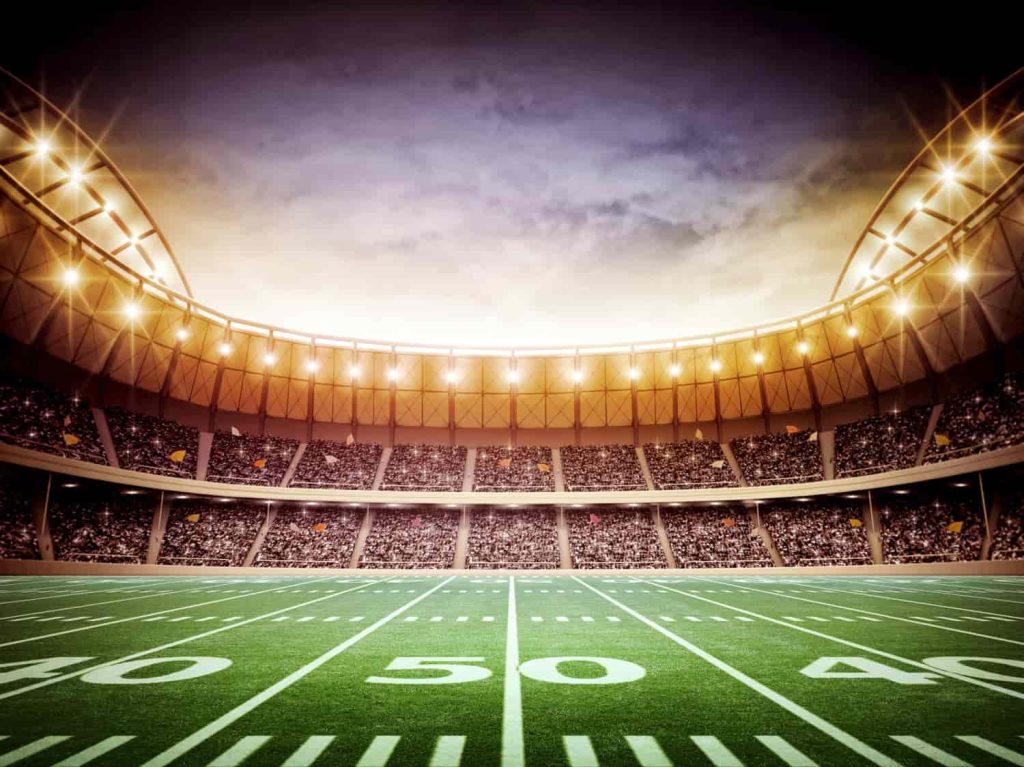 In the meantime, the Super Bowl LIV showdown between the San Francisco 49ers and Kansas City Chiefs highlights major problems with anti-marijuana policies and begs the question:

Is the NFL’s current marijuana policy actually hurting players? And, if so: When will it change?

Every football team has had their share of run-ins with the NFL’s current cannabis policy, even those on the roster for the 2020 Super Bowl.

Early in 2019, Chiefs wide receiver De’Anthony Thomas was arrested for possession of marijuana. As a result, he was suspended from the first game of the season. Subsequently, he was placed on the Chiefs’s reserved/suspended list, before finally being released from the team.

Nick Moody, former linebacker for the 49ers, admits to regularly smoking cannabis before games during the 2013 and 2014 seasons and suggests he was far from the only player to partake in a pre-game toking.

Moody has even gone as far as to state:

I feel like my best games were when I was highest.

Also a former member of the 49ers, NFL legend Joe Montana has taken Moody’s marijuana support to the next level, investing in multiple cannabis companies, including Caliva, a San Jose-based dispensary and delivery service, and Herb, a marijuana news and entertainment producer.

[I hope Caliva will bring] quality health and wellness products that can provide relief to many people and can make a serious impact on opioid use or addiction.

While NFL players currently have to risk it all for natural pain relief form of medical marijuana, Montana’s new venture highlights the danger of this outdated policy: Pushing players towards opioids, which carry a number of dangerous side effects, including addiction.

Much to the disappointment of its players, the NFL’s current marijuana policy is quite harsh. Drug testing is random and failing comes with steep penalties. If a player fails a drug test, they must either enroll in a substance abuse program or be banned from the league. Subsequent failures result in ever-increasing fines and up to a 10-game ban.

In 2018 alone, the NFL fined its players a combined $4 million due to substance abuse.

However, as ESPN points out:

The league did relax its stance somewhat in 2014, when it upped the minimum levels for a positive test from 15 nanograms of THC per milliliter of blood or urine to 35 nanograms.

While it’s easy to blame the NFL’s strict policy on marijuana’s federal classification as a Schedule 1 substance, this hasn’t gotten in the way of the NHL and MLB adopting more forward-thinking policies.

According to NHL officials, the goal of their drug testing procedures is to identify those who need help, not punish offenders.

There’s two different kinds of chemical substances, for lack of a better word. There are those that people feel can or do affect performance, and then you have others that can or may be abused. Then you have questions of legality. We live in a culture in which, when it comes to the latter thing, generationally there has been and continues to be an ongoing shift in attitudes. You want to try to reflect that.

From a personal standpoint – and this is personal – I don’t think there ought to be an intrusion into somebody’s life without an awfully good reason.

According to ESPN, if a player’s drug test features “abnormally high levels” of THC, NHL doctors may recommend the player enters the league’s Substance Abuse and Behavioral Program, where they’ll develop an individualized treatment plan. NHL officials never need to know he’s in the program. The league won’t punish the player for his test and he doesn’t have to enter the program if he doesn’t want to.

The thing that we’re really looking for is if there’s a guy that has an issue or a problem and he needs help – that’s what we’re trying to capture in that program. I do think it has worked very well. We have a tremendous amount of faith in the doctors that run the program. Confidentiality in that program is of the utmost importance.

While the NHL has set a new standard for compassion and progressive medical thought, the MLB has also made strides in recent years.

In 2019, the MLB announced that it was removing marijuana from its list of banned substances for major and minor leagues.

According to an MLB press release:

Going forward, marijuana-related conduct will be treated the same as alcohol-related conduct under the Parties’ Joint Treatment Program for Alcohol-Related and Off-Field Violent Conduct, which provides for mandatory evaluation, voluntary treatment and the possibility of discipline by a Player’s Club or the Commissioner’s Office in response to certain conduct involving natural cannabinoids.

Many football players are hoping the NFL takes notice and scraps its outdated marijuana policy, replacing it with something more aligned with what the MLB and other sports leagues have adopted.

As of publication, the NBA’s policy is closely aligned with the NFL; however, the NBA does not test players for marijuana in the offseason.

Players are subject to four random tests during the regular season. A first positive test means a player must enter the marijuana program. The second positive test calls for a $25,000 fine. The third infraction is a five-game suspension, and five more games are added to each ensuing violation (10 games for a fourth positive test, 15 games for a fifth, etc.).

Fortunately, progress is being made, with the NFL and the players’ union agreeing to work together to study alternative pain management options (including medical marijuana).

I think you should expect and will expect an adjustment of the contemporary way or the present way that marijuana is being thought about.

NFL players are already benefitting from new mental health resources, including regularly available mental health clinicians and mental health education sessions held each season. Additionally, teams are being encouraged to set up mental health referral networks for players to utilize. Many argue that medical cannabis may be an important mental health adjunct, as cannabis has been shown to help with anxiety, PTSD, and depression.

With multiple leagues adjusting their stance on marijuana, we can only hope that the NFL will soon follow suit!

Speak to a medical marijuana doctor

If you are suffering from a qualifying condition for medical marijuana, give CannaMD a call today at (855) 420-9170. Alternatively, you can fill out a quick, online application to find out if you qualify for free!