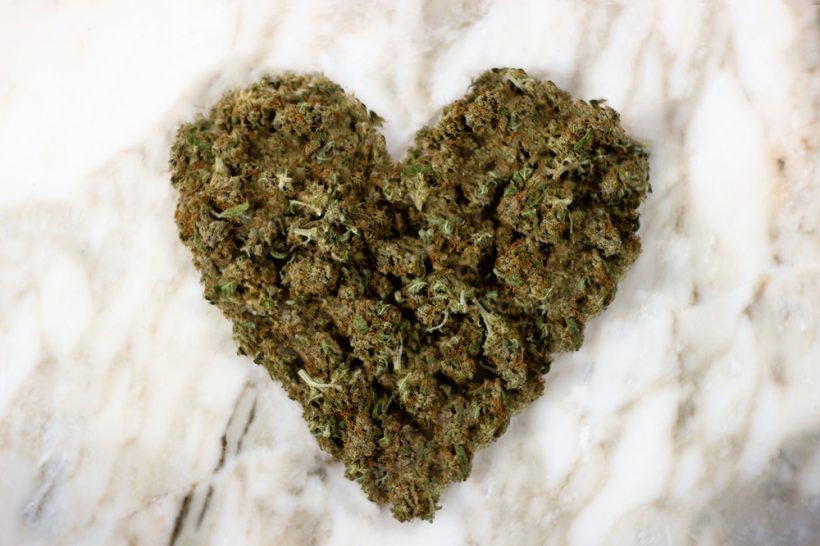 While there are strong associations between cigarette use and cardiovascular disease, the medical community remains somewhat divided on the question of whether smoked cannabis may pose similar risks. A new study led by researchers at Stanford identifies a potential association between regular marijuana use and an increased risk of myocardial infarction.

The study also details some of the specific mechanisms by which THC may trigger a type of cardiovascular inflammation that contributes to atherosclerosis, and concludes with some surprising findings on a natural supplement that may block this inflammation and mitigate associated risks.

Past research on the relationship between marijuana use and an increased risk of cardiovascular disease has yielded mixed and somewhat inconclusive results. A 2020 position statement from the American Heart Association is seen by some as a green light for marijuana safety, as the authors stated that based on currently available information:

Cumulative lifetime and recent cannabis use did not show an association with incidence of cardiovascular disease, coronary heart disease, or cardiac mortality.

But it should also be noted that the same position paper went on to add:

Evidence is still inconclusive for cannabis use and adverse cardiovascular outcomes, resulting in an urgent need for carefully designed, prospective short- and long-term studies.

For many years, researchers faced a number of challenges created by the historic illegality of marijuana use. A majority of these studies based conclusions on broad trends or participants’ self-reported information. This type of data can introduce a degree of inaccuracy from variables such as reported frequency of use and a lack of information on the exact nature of the products consumed. Equally problematic are the numerous confounding behaviors that must be taken into account, including lifestyle, overall health, alcohol consumption, and tobacco use.

For example, a long-term study that tracked young-adult cannabis users over a 25-year period concluded:

Marijuana use appears to be associated with subclinical atherosclerosis, but only among ever tobacco users.

The Stanford study mentioned above begins with a risk assessment gleaned from information in the U.K. Biobank, which is a long-term study of more than 500,000 individuals ages 40 to 69 tracked over a period of more than ten years. Based on self-reported data, individuals who indicated frequent and ongoing use of marijuana were identified as having an increased risk of having a heart attack before the age of 50. Risk assessment was made after controlling for age, body mass index (BMI), and sex, but the authors did not identify tobacco use as a potential co-founding variable.

In the disclaimer section of the study, the authors made the following statements:

While cannabis is an independent risk factor when controlled for age and BMI, the confounder of tobacco abuse could not be addressed due to the sample size of the U.K. Biobank cohort and individuals underreporting illicit cannabis use. However, when adjusted for baseline characteristics including cigarette smoking [existing information showed] the hazard ratio for marijuana and cardiovascular events was higher than smoking traditional cigarettes alone.

As we have previously reported, individuals with a history of heart problems, or who are at significant risk of developing heart problems, should consult with qualified medical professionals such as CannaMD’s network of state-licensed physicians before initiating medical cannabis therapies.

For more insights on the subject, refer to our previous post: Understanding the American Heart Association’s Statement on Marijuana.

THC’s Effect on the Cardiovascular System

While risk assessments reported in the Stanford study contribute some new information to the dialog, the truly headline-worthy findings come from subsequent sections detailing clinical and laboratory studies into the direct effects of THC on human and mice cardiovascular systems.

Key discoveries from this research are highlighted in a trio of summary statements offered by the authors, who report:

In the initial clinical phase of the study, the researchers recruited 20 recreational marijuana users, who were asked to smoke a single marijuana cigarette. Blood samples were drawn and examined immediately after smoking, and again at three and six-hour intervals.

Plasma sampling revealed that test subjects’ blood exhibited elevated levels of proteins known as cytokines after smoking marijuana. While some cytokines provide beneficial effects to the immune system, several of the proteins elevated by marijuana use were shown to trigger a cytotoxic response that results in cellular inflammation and oxidative stress, which can in turn promote accelerated atherosclerosis.

Three specific types of human cells involved in cardiopulmonary activity were evaluated for THC-induced cytotoxicity, but only one type known as endothelial cells exhibited inflammatory reactions from THC exposure. These cells line blood vessels and play a key role in vascular health by regulating the growth and development of blood-vessel tissue.

Chronic inflammation of endothelial cells can lead to tissue damage and atherosclerosis.

Based on an understanding that THC-induced endothelial cell inflammation and oxidative stress are triggered primarily through the activation of CB1 receptors, the researchers next set out to identify specific compounds that might mitigate this response. Among the compounds tested for an affinity to CB1 receptors was the isoflavone genistine, which is a naturally occurring compound found in soybeans and fava beans.

Additional research on the potentially beneficial properties of genistein involved mice modeling, with subjects administered THC or THC in combination with genistein. Single-exposure dosages were calculated to achieve a blood plasma level equivalent to a human smoking a single marijuana cigarette (plasma concentration of delta-9-THC of ~100 ng/mL). Subsequent analysis revealed that while THC alone elevated blood plasma levels of specific cytokines associated with an increased risk of atherosclerosis, subjects administered a combination of THC and genistein had significantly lower levels of these inflammatory cytokines. Genistein was also shown to reduce oxidative stress and prevent THC-induced suppression of the beneficial antioxidant glutathione.

Based on these findings, the authors stated:

Collectively, these results indicated that genistein could reverse delta-9-THC-induced effects [on the cardiovascular system].

Effects Of THC & Genistein On Atherosclerosis

Another facet of the Stanford study investigated the roles of THC and genistein in the development and mitigation of chronic atherosclerosis. Mice fed a high-fat diet for 12 weeks were administered a neutral control substance, THC, or THC in combination with genistein. While all groups exhibited weight gain over the course of the study, subjects receiving either THC or THC plus genistein did not exhibit increased blood pressure or changes in serum lipid profiles as compared to the control group. However, mice receiving THC alone were found to have significantly increased levels of arterial plaque, while mice receiving THC plus genistein did not have similar levels of plaque buildup.

[C]o-treatment with genistein offset the formation of atherosclerotic plaque caused by exposure to THC.

In a final section of the study, the authors sought to determine if genistein supplementation might negate some of the generally accepted therapeutic benefits of marijuana, which include pain, nausea, and anxiety relief. This concern was based on genistein’s proven ability to influence CB1 receptors, which are the primary regulators of cannabis-induced neurobehavioral effects.

Laboratory analysis indicated that genistein administered to laboratory mice showed up in the intestinal tract, heart, and lungs, but was minimally detected in brain tissue. This led to the conclusion that genistein has poor blood-brain barrier penetration, and should therefore have little influence on the neurobehavioral effects of marijuana.

To confirm this hypothesis, laboratory mice were administered either THC alone or THC in combination with genistein and assessed for markers such as mobility, analgesia, hypothermia, and sedation (all of which are associated with the administration of THC). Results showed that both groups exhibited similar affectations. This led the authors to conclude that co-administration of genistein did not reduce the effectiveness of THC’s neurobehavioral properties.

In concluding remarks, the authors summed up their findings:

Further exploration of compounds with homology to genistein is expected to yield more potent CB1 antagonists with similar safety profiles as genistein.

The Stanford study suggests that genistein may provide cardioprotective benefits that offset THC-induced inflammation and oxidative stress. But it should be stressed that these findings were made under laboratory conditions, and are likely just the first effort in an ongoing investigation of the real-world benefits of genistein supplementation.

At this time, CannaMD‘s medical professionals are not in a position to formally recommend the consumption of genistein via soybeans or fava beans, and would caution medical marijuana patients against assuming that genistein supplementation represents a panacea for THC exposure. As more information becomes available, we will continue to provide updates on the possible therapeutic benefits identified in this first-of-its-kind research.