What Marijuana Patients with Heart Problems Need to Know 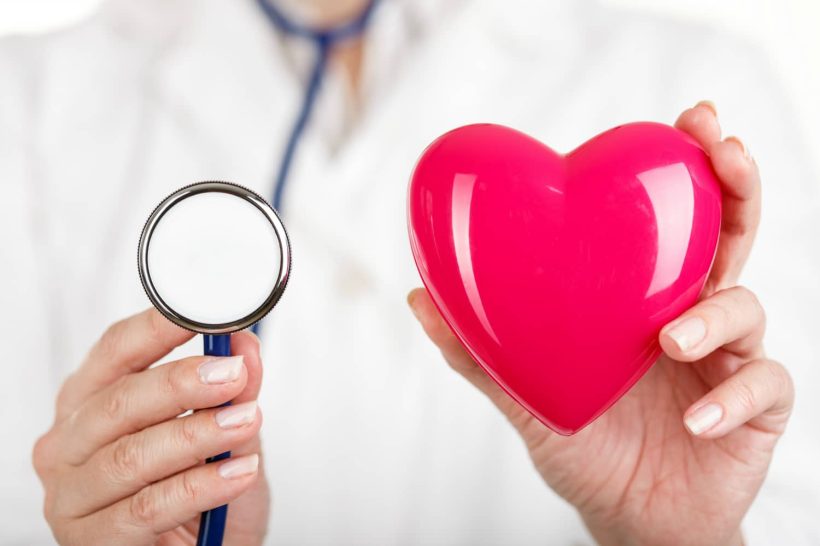 In January of 2020, the Journal of the American College of Cardiology published a review titled Marijuana Use in Patients With Cardiovascular Disease. The study touched on a number of both general and specific concerns related to marijuana’s potential role in a range of cardiovascular disorders, but ultimately offered no specific and definitive conclusions.

As a result, the review would appear to be neither a cause for concern nor a complete dismissal of the potential risks associated with marijuana use as it relates to cardiovascular disease. Instead, the study can be seen as a starting point for discussion and further study.

* We estimate that more than 2 million U.S. adults who have reported ever using marijuana have cardiovascular disease.

* Observational studies have suggested an association between marijuana use and a range of cardiovascular risks.

* Marijuana is becoming increasingly potent, and smoking marijuana carries many of the same cardiovascular health hazards as smoking tobacco.

* Few randomized clinical trials have been conducted or are planned to explore the effects of marijuana on cardiovascular risk.

* Screening and testing for use of marijuana are encouraged in clinical settings, especially in the care of young patients presenting with cardiovascular disease.

Because the questions raised are of significant importance, it’s worth taking a deeper dive into each of these five points based on available information and relevant insights.

We estimate that more than 2 million U.S. adults who have reported ever using marijuana have cardiovascular disease.

The study authors arrived at this estimate based on a series of user-response surveys, with the notation that “given the substantial non-response [to the survey questions] these data are subject to response bias.”

When reported, marijuana use has often been self-reported, and few have collected “doses” or blood levels. Many epidemiological studies may be confounded by factors related to health care access and other adverse health behaviors (concurrent tobacco use and other drugs of abuse).

Acknowledging the limited scope of data, few mechanisms of cardiovascular risk have emerge.

Taken in context, the 2 million total is no longer as remarkable. According to the Center for Disease Control, heart disease is the leading cause of death in the United States, and some 18 million adults age 20 and over have some form of cardiovascular diseases. This number represents nearly 7% of the adult population, which is currently estimated at some 200 million-plus individuals.

With some one in seven adults in the United States now using marijuana, applying the relevant numbers (1 in 7 users = 28 million x 7 percent of the population = 2 million) shows that marijuana uses as a whole would seem to have a similar risk of cardiovascular diseases as the general population. The variable that might skew this equation is the fact that marijuana use has been historically more prevalent among younger adults, while cardiovascular diseases are more prevalent in older adults.

These demographics are changing, however, as an increasing number of older adults are embracing marijuana for both recreational and medicinal proposes.

Is marijuana linked to cardiovascular risks?

Observational studies have suggested an association between marijuana use and a range of cardiovascular risks.

The extent and prevalence of these risks have yet to be well defined. As noted in the concluding remarks of a review by Health Canada:

A recent systematic review of 24 studies suggests that evidence examining the effect of cannabis on cardiovascular health is inconsistent and insufficient.

Based on the limited data, which was rated as poor to moderate quality with high risk of bias, there were no overall significant associations between cannabis use and adverse cardiovascular outcomes related to diabetes, dyslipidemia, acute myocardial infarction, stroke, or cardiovascular and all-cause mortality.

But given the potentially important nature of the concerns raised, it’s worth taking a closer look. The American College of Cardiology review proposed five areas of potential concern:

The first of these concerns  — concurrent hazards — is perhaps the single greatest impediment to research, as it is often difficult or impossible to isolate one single factor that triggers events such as a myocardial infarction (a.k.a. a heart attack). A scientific paper published in the Lancet looked at a range of potential triggers that included cocaine use, heavy meals, smoking of marijuana, negative emotions, physical exertion, positive emotions, anger, sexual activity, traffic exposure, respiratory infections, coffee consumption, and air pollution. By applying statistical rankings to some 36 epidemiological studies with identifiable triggers, results showed that marijuana use might increase the risk of myocardial infarction by about the same factor as eating a heavy meal, and that the highest overall number of incidents were caused by physical exertion, alcohol, coffee, and anger. The fact that many of these triggers may coexist increases the difficulty of isolating marijuana as the primary factor in an event.

Another study that took a more direct look at marijuana as a potential trigger for myocardial infarction reported that of 3,882 patients experiencing a heart attack, 124 reported smoking marijuana in the prior year, 37 within 24 hours, and 9 within 1 hour of myocardial infarction symptoms. The study also noted that the marijuana users in the study were more likely to be men, current cigarette smokers, and obese — all factors which complicated the isolation of marijuana as a trigger.

As a result, the authors concluded:

Smoking marijuana is a rare trigger of acute myocardial infarction.

Understanding the mechanism through which marijuana causes infarction may provide insight into the triggering of myocardial infarction by this and other, more common stressors.

There is evidence to suggest that smoked marijuana can elevate levels of oxidative stress, and the formation of free radicals known as reactive oxygen species (ROS), which increase not only with the frequency of smoking, but also with elevated levels of THC. This would suggest that strains of smoked marijuana with ultra-high levels of TCH might pose a greater risk than low-level strains.

It has also been demonstrated that the CBD component of marijuana may reduce the effects of oxidative stress and inflammation. Users may be able to take advantage of CBD’s mitigating effects by selecting marijuana strains with more balanced CBD/THC rations.

Based on this information, individuals concerned with the effects of oxidative stress that may be associated with smoked marijuana might wish to consider alternative delivery methods such as tincture oils or patches.

Additionally, both CB1 and CB2 receptors have been shown to play a role in decreasing heart tissue damage by ischemia-reperfusion injuries — leading to the suggestion that the endocannabinoid system may be a potential therapeutic element for the treatment of heart failure and cardiac arrhythmias.

Other findings of interest include the news that a recently discovered compound within soybeans has the ability to block damage to the lining of blood vessels in the heart and circulatory system, and may reduce or eliminate the cardiovascular effects of recreational and medical marijuana use (including mitigation of an increased risk of peripheral artery disease).

On a less positive note, according to a March 2019 report in the Journal of the American College of Cardiology, some clinical evidence suggests that marijuana use may contribute to an arrhythmic condition in certain users. The report states:

Arrhythmias were present in nearly 5% of patients with a history of marijuana use.

But this number may not be as newsworthy as it first seems, as other sources indicate that:

Approximately one in 18 people, or 5% of the U.S. population, has an arrhythmia. Based on these statistics, marijuana users would not seem to be in a higher-risk subgroup.

Also, some of the most recent findings reported by the Heart Society note:

According to new research, smoking marijuana may not be associated with an increased risk of ventricular fibrillation and ventricular tachycardia following an acute myocardial infarction, or heart attack.

The Heart Society adds that the same research showed:

Marijuana users had a decreased risk of atrial fibrillation and in-hospital mortality.

As evidenced by these various reports, marijuana and cardiovascular research is complex, often conflicting, and still developing.

Are marijuana and tobacco risks similar?

Marijuana is becoming increasingly potent, and smoking marijuana carries many of the same cardiovascular health hazards as smoking tobacco.

Concerns over the increased potency of marijuana include the breeding of plants with THC concentrations that have risen from historic levels of 2 to 4% to new strains than can top 25 percent. In addition to these more potent smoked products, concentrated products such as oils, dabs, and edibles may contain THC levels approaching 90% while at the same time reducing CBD and other cannabinoids to very low levels.

These dramatic increases in THC potency would seem to reinforce the importance of obtaining marijuana products from regulated and licensed sources that clearly document and label both THC and CBD content.

Another common concern not iterated in the American College of Cardiology review is the greater prevalence of potentially dangerous pesticides and other toxins often found in illegally sourced marijuana.

The concurrent use of smoked marijuana and tobacco may be one of the greatest concerns raised by the new study. As we’ve reported in the past, current research has shown no definitive link between long-term use of smoked cannabis and lung cancer. However, the present study does note:

Although the dominant psychogenic substance differs in tobacco (nicotine) and marijuana (THC), when smoked, many cardiotoxic chemicals are similarly produced. When the combustion products of both substances are profiled, both contain a similar array of chemicals.

The deleterious and potentially deadly effects of smoked tobacco are well documented. What is clear is that patients consuming smoked marijuana can dramatically decrease their risk of developing lung cancer if they abstain from cigarettes. Additionally, patients with cardiovascular concerns may wish to investigate alternative methods of delivery or behaviors that eliminate some of the risk associated with smoke ingestion, including prolonged, deep inhalations.

Few randomized clinical trials have been conducted or are planned to explore the effects of marijuana on cardiovascular risk.

In the past, marijuana’s classification as a Schedule I drug by the Controlled Substance Act created numerous barriers to research. But as an increasing number of states have embraced the legalization of both medical and recreational marijuana, the volume of new research has increased dramatically.

As new insights emerge from these studies, CannaMD will continue to provide patients with the latest and most accurate information on the potential benefits and side effects of medical marijuana.

What does this mean for you?

Screening and testing for use of marijuana are encouraged in clinical settings, especially in the care of young patients presenting with cardiovascular disease.

The best way to assess and monitor any potential benefits or risks of medical marijuana as it relates to cardiovascular health is to begin a dialogue with qualified medical professionals such as CannaMD’s network of state-licensed, board-certified physicians. Our doctors are available to provide expert advice and recommend medical marijuana treatment, where appropriate. You can learn more by calling (855) 420-9170.

You can also download our free e-book: Medical Marijuana Basics, and find out if you qualify for medical marijuana treatment today by completing a quick online application.