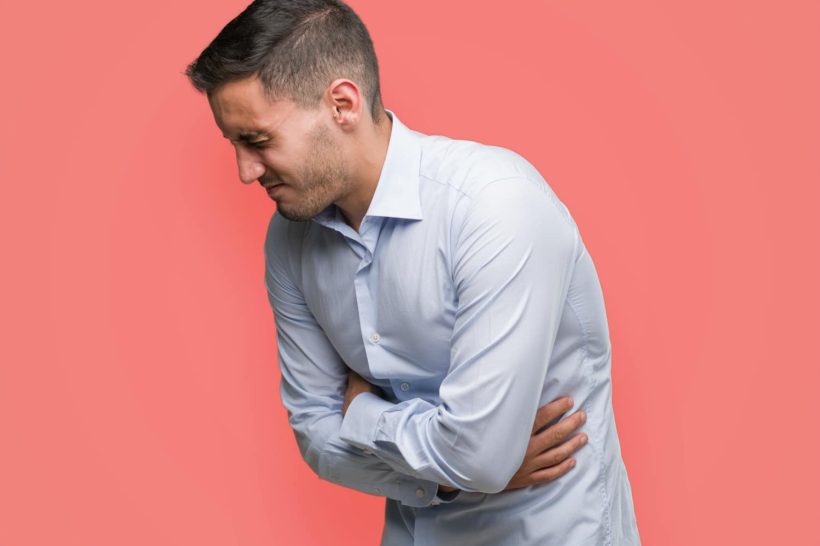 Can medical marijuana reduce the discomforts of nausea and the debilitating experience of vomiting?  Numerous traditional and alternative medical disciplines say yes, and there is a growing body of evidence within the mainstream medical community that also supports this conclusion. To understand the ways in which marijuana can reduce or eliminate nausea and the urge to vomit, we first need to understand the causes of these conditions.

Nausea and vomiting are the body’s equivalent of a trouble light and a safety valve. These physical reactions warn that something we’re about to eat is a bad idea, or that something we’ve eaten or drunk isn’t right and should be purged from the body ASAP.

Certain illness and infections may bring on nausea and vomiting as the body begins to retreat into a healing mode, and harsh chemicals — including some medications — also trigger these responses. The morning sickness often associated with early-stage pregnancy is caused by a heightened sensitivity to questionable food and harsh chemicals, and is considered nature’s way of protecting the mother and developing fetus from toxins and poor food choices.

The discomfort and debilitation of motion sickness is created by a conflict between what our eyes tell us and the information provided by our inner ear’s vestibular system. This neurological crosstalk throws the body out of whack, and triggers the warning lights and purge valves that have us reaching for the “barf bag” on an airplane or “feeding the fish” over the side of a boat.

Medical conditions such as HIV/AIDS and cancer, and their related treatments, can also cause extreme nausea. Fortunately, medical marijuana has emerged as a natural and highly effective option for treating all types of nausea.

The discovery of the endocanabinoid system and the role it plays in regulating certain neural and endocrine functions has lead researchers to an understanding of the ways in which this system may be responsible for the stimulation or suppression of nausea and the vomiting response.

Findings indicate that the body’s natural cannabinoid receptors, and more specifically CB1 receptors, are involved in the regulation of food intake, nausea, and emesis (vomiting). These receptors are prevalent in both the brain and gastrointestinal tract, and they are stimulated by chemical compounds known as endocannabinoids. Two of the most active of these endocannabinoids are anandamide and 2-arachidonoyl glycerol, also known as 2-AG.

Laboratory research has shown that suppressing natural levels of these endocannabinoids can increase the chances of experiencing nausea and vomiting, while enhanced levels of the same compounds may reduce symptoms of nausea and the urge to vomit.

The exact biological mechanisms by which CB1 receptors suppress nausea and the urge to vomit is still being researched, but the relationship is now well understood. This fact is summed up by a report from the University of Guelph that concluded:

Considerable evidence demonstrates that manipulation of the endocannabinoid system regulates nausea and vomiting in humans and other animals.

It is now well established that compounds such as Δ9-tetrahydrocannabinol (THC) found in marijuana can bind with the human body’s natural endocannabinoid receptors, triggering similar stimulus and reactions as those created by the body’s own naturally-produced endocannabinoids.

This relationship explains why THC and other specific compounds within marijuana are able to suppress sensations of nausea and the urge to vomit, leading the authors of a review of literature published in the European Journal of Pharmacology to conclude:

Motion Sickness and the Endocannabinoid System

Whether traveling by car, boat or airplane, motion sickness can spoil the trip. Pharmaceutical remedies such as dramamine and scopolamine provide relief for some but not all people, and often come with unpleasant side effects such as dizziness, drowsiness, and dry mouth.

To understand the relationship between endocannabinoids and motion sickness, a research group from Germany’s Ludwig Maximilians University put volunteers through a series of negative-gravity flight maneuvers similar to those performed by NASA astronauts on the aircraft known as the “vomit comet.” The researchers plotted each participant’s symptoms of nausea during and after each flight and compared it to that individual’s blood levels of the endocannabinoids anandamide and 2-AG. The findings revealed that the participants who experienced acute motion sickness showed significantly lower endocannabinoid blood concentrations during the flights.

This led researchers to state that:

Stress and motion sickness in humans are associated with impaired endocannabinoid activity.

As the study authors note:

Enhancing endocannabinoid system signaling may represent an alternative therapeutic strategy for motion sickness in individuals who do not respond to currently available treatments.

One of the largest groups to embrace medical marijuana for the suppression of nausea and vomiting are cancer patients undergoing chemotherapy treatments. The medications administered during chemotherapy regimes are formulated to kill cancer cells and also have an adverse effect on other types of fast-dividing cells such as hair, nails, and skin. The human body recognizes the toxic nature of these drugs, and its natural defense mechanisms trigger sensations of nausea and in the case of oral administration, an impulse to reject the drugs by vomiting.

A report published in the Oncology Nursing Forum stated that, based on a review of current research and literature:

Cannabinoids are effective in controlling cancer-induced nausea and vomiting, and oral THC and smoked marijuana have similar efficacy.

The same paper went on to conclude that cannabinoids are of comparable efficacy to antiemetics such as prochlorperazine and ondansetron for controlling CINV (chemotherapy induced nausea and vomiting).

Nurses should feel supported by the literature to recommend oral synthetic THC as a treatment for CINV to their patients and physician colleagues.

A substantial percentage of cannabis users viewed it as beneficial for relief of symptoms commonly associated with HIV/AIDS. Relief from anxiety and depression were among the most frequently reported reasons for smoking cannabis, followed by appetite stimulation and relief of nausea.

This finding is particularly relevant to issues of antiretroviral medication adherence. Nausea and anorexia are frequently cited as reasons for delayed or missed doses and discontinuation of ART.

In fact, dronabinol (Marinol), a synthetic form of marijuana cannabinoid THC, is approved by the Food and Drug Administration (FDA) for treatment of HIV/AIDS-associated loss of appetite. (For more on THC and Marinol, see the Journal of Analytical Toxicology.)

As the body of evidence grows, voices within the mainstream medical community are increasingly embracing the possibilities of medical marijuana for the control of nausea and vomiting. This understanding may in turn lead to new research into the mechanisms of the endocannabinoid system, with a focus on understanding the specific functions of anandamide and 2-AG.

A comprehensive report on this subject published in the European Journal of Pharmacology stated:

Advances in recent progress in understanding the regulation of nausea and vomiting by cannabinoids and the endocannabinoid system have revealed significant potential for therapeutic approaches to be developed.

As these and other new developments in the field of medical marijuana come to light, CannaMD will continue to keep you informed of the latest developments.

If you suffer from nausea, CannaMD‘s board certified physicians can help. To see if you qualify for medical marijuana treatment, complete our free online application or give us a call at (855) 420-9170. Help is only one phone call away!