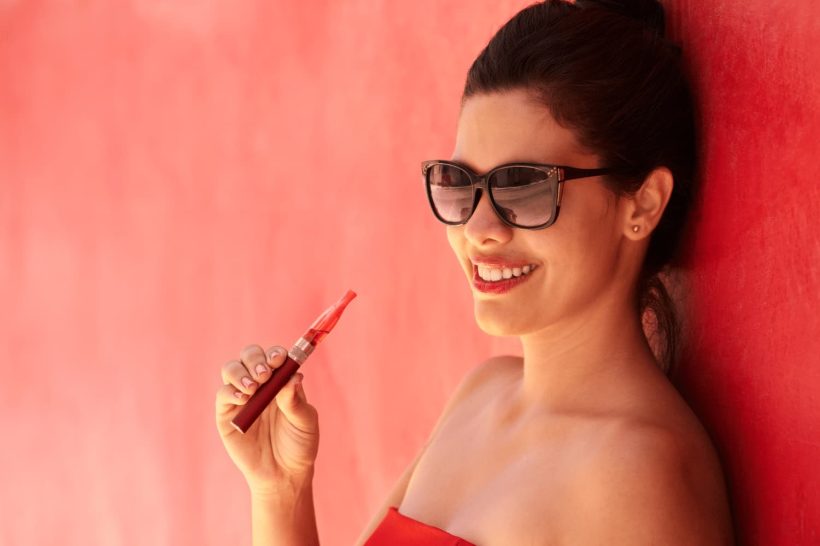 Vape pens have been in the news recently, and not in a good way. After several years of trending strong in both the recreational and medical marijuana communities, in the fall of 1999 these devices were identified as the cause of a respiratory disorder known as EVALI, as in E-cigarette or Vaping Associated Lung Injury. By early 2020, nearly 3,000 hospitalizations and deaths were attributed to EVALI, and the American Medical Association had called for a ban on e-cigarette and vaping products.

But as it turns out, banning marijuana vape pens may not be the best solution, and a more recent research letter published in the Journal of the American Medical Association reports that vaping-related respiratory illnesses actually decreases in areas where marijuana is legal. While this information may seem counter-intuitive, it makes sense based on what we now know about the causes of  EVALI.

Preliminary reporting by the FDA showed that a significant portion of the vaping products sampled by their labs contained cutting agents and additives.

Most significant was the news that:

The report also identified a strong correlation between these additives and cases of EVALI, reporting that:

ILLEGAL VAPING PRODUCTS ARE THE PROBLEM

As CannaMD previously reported, the presence of vitamin E acetate is often associated with vaping products produced by unlicensed facilities and obtained from illegal sources. Given the understanding that the uses of vitamin E acetate to dilute or stretch THC content in unregulated vaping products may be the problem, it is not surprising to learn that cases of EVALI are far more prevalent in states where medical and recreational marijuana are still illegal.

In response to this finding, the authors of the Journal of the American Medical Association research letter citing these statistics noted:

The data suggest that EVALI cases were concentrated in states where consumers do not have legal access to recreational marijuana dispensaries.

One possible inference from our results is that the presence of legal markets for marijuana has helped mitigate or may be protective against EVALI.

Additionally, the study’s lead author is quoted by the news site MedPageToday saying that the team’s findings are:

…consistent with the hypothesis that people have a demand for marijuana products, and in states where they don’t have access to them in this regulatory fashion, they end up purchasing them elsewhere.

IF YOU VAPE, USE TRUSTED SOURCES

Currently, there is no national standard for testing the content of marijuana vaping products. As former head of the FDA Scott Gottlieb wrote in the Wall Street Journal:

Federal agencies exert little oversight, and regulation is left to a patchwork of inadequate state agencies. The weak state bodies sanction the adoption of unsafe practices such as vaping concentrates, while allowing an illegal market in cannabis to flourish.

This lack of consistent testing and labeling underscores the importance of obtaining vaping products from known and trusted sources. This is why the products provided through Florida’s medical marijuana treatment centers, or dispensaries, are laboratory tested, do not contain cutting agents such as coconut (MCT) oil, PG, VG, PEG or vitamin E acetate, and instead use cannabis-derived terpenes to reduce the viscosity of cannabis extracts for vaping.

To protect your health, only purchase legal, regulated cannabis products.

Before purchasing cannabis from a medical marijuana treatment center or dispensary, Florida patients must first qualify for a medical marijuana certification; CannaMD‘s board certified doctors provide qualified patients with the state-required recommendation to complete this process.