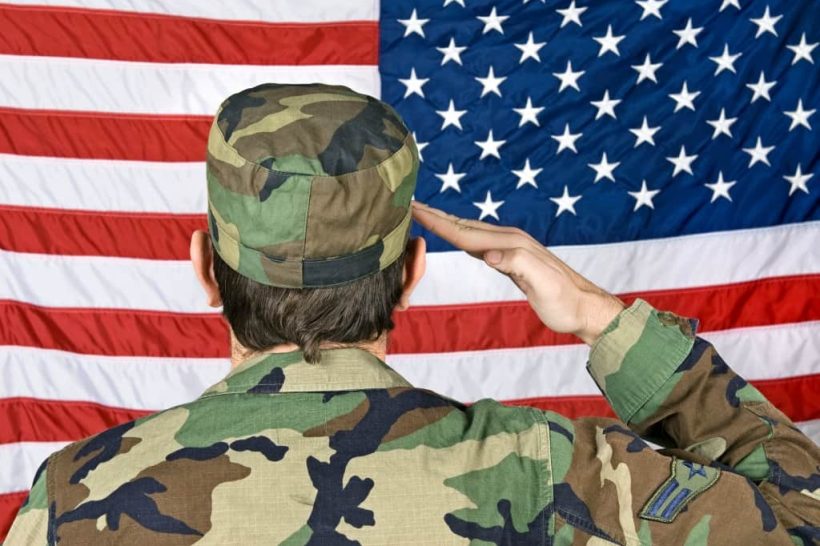 CannaMD is proud to care for United States servicemen and women. Unfortunately, statistics show that a devastating number of veterans suffer from post-traumatic stress disorder (PTSD) – an anxiety problem that develops after exposure to traumatic events, such as combat, crime, or disaster.

According to the U.S. Department of Veteran Affairs, approximately 20 veterans commit suicide every day. While doctors race to address the growing epidemic, veterans have discovered their own cure:

When retired Marine staff sergeant Mark DiPasquale returned from Iraq, he was prescribed 17 opioids, anti-anxiety pills, and other medications. “I just felt like a zombie,” DiPasquale recalls. “I wanted to hurt somebody.”

That all changed when he was introduced to marijuana.

“Do I still have PTSD? Absolutely. [But] I’m back to my old self. I love people again.”

DiPasquale is not alone. Psychiatrist Sue Sisley has observed the trend firsthand.

“Over the last decade, patients have slowly started telling me they were using marijuana successfully to manage their PTSD symptoms. I was extremely dubious at the beginning.”

However, over time, Sisley realized there was no disputing the drug worked. Countless success stories have since changed her stance on treatment.

“All we have now is Zoloft and Paxil. And if you know much about those meds, you know there are many side effects, and they often don’t work. Vets come home from service, and they just want to reintegrate into their family. And we make them fat and impotent and mired in a bunch of disabling side effects.”

Sisley’s words paint a bleak picture all too familiar to veterans. Retired Marine Elvis Alonzo also felt pharmaceutical medication turned him into a “zombie.” As a last resort, he tried marijuana.

“It’s been a godsend. It curbs my anxiety, and it makes me sleep fantastic for at least four hours. It needs to be studied.”

Veterans are now petitioning for that very goal, through organizations like the Veterans Cannabis Collective Foundation. As Verna Jones, Executive Director of the American Legion, explains: It’s time for doctors to take a cue from their patients.

“People ask, ‘Aren’t you the law-and-order group?’ Why, yes, we are. [But] when veterans come to us and say a particular treatment is working for them, we owe it to them to listen and to do the scientific research required.”

How does marijuana treat PTSD?

Several studies speak to the potential of cannabidiol (CBD) – a nonpsychoactive marijuana compound – and its ability to counteract anxiety. As New York University psychiatrist and research Esther Blessing summarizes:

But marijuana’s benefits don’t stop there. According to Sisley,

“I think the most intriguing thing is that a single plant can provide monotherapy for this whole constellation of [PTSD] symptoms.”

Research suggests PTSD patients may be deficient in anadamine, an endogenous cannabinoid compound. This deficiency could skew performance of cannabinoid receptor, CB-1 – which is charged with deactivating traumatic memories and helping us to forget.

You guessed it: Marijuana.

Scientists claim CBD delays the re-uptake of anadamine and its inhibition by certain enzymes. Surprisingly, that’s not all.

A 2016 Frontiers in Pharmacology study found that CBD may also reduce learned fear – a condition that triggers the fight or flight response at inappropriate times – by decreasing fear expression, disrupting memory reconsolidation, and enhancing extinction (the process by which exposure therapy inhibits learned fear).

In May 2018, the House Committee on Veterans Affairs voted unanimously to advance the VA Medicinal Cannabis Research Act to the House floor. The bill encourages the VA to study marijuana as a treatment for PTSD, pain, and other ailments affecting veterans. It also requires the agency to report back to Congress about its progress. (However, VA doctors remain unable to recommend the drug.)

For those considering medical marijuana, the VA – through VHA Directive 1315 – confirms:

“Veterans must not be denied VHA services solely because they are participating in State-approved marijuana programs.”

While veterans continue to fight for marijuana treatment and research, CannaMD is proud to provide care for those struggling with PTSD in Florida. To see if you qualify for a medical marijuana card, fill out an application today. (Note: Veterans receive 10% off all CannaMD appointments.)

Thoughts, questions, or concerns about medical marijuana and PTSD? Let us know in the comments section, below!