Why Does Vaping Make Me Sneeze? 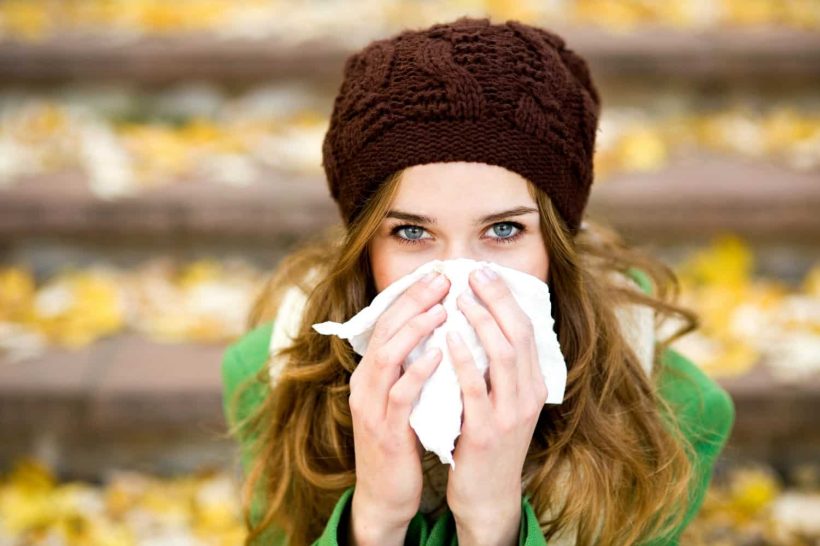 Medical marijuana may be consumed via a number of administration routes, including vaping. Almost every major cannabis distributor now includes a form of oil-based vapor in their product lines. These oils usually come inside a clear cylinder known as a cartridge.

However, since the popularity of vaping cartridges has grown (one California report saw sales increase from 6% in 2015 to 24% in 2016 – a 400% annual increase!), consumers and patients have noticed a weird but harmless reaction:

While the official verdict’s still out, today we’ll take a look at some of the possible reasons why you may get a case of the sniffles when you inhale your vape pen!

The first suspect of any sneeze attack is usually allergies and, since it’s estimated that 36 millions Americans suffer from cannabis-related allergies, it’s not far-fetched to believe that a user’s immune system is reacting to the proteins from the plant as disease-causing invaders.

The one reason the allergies argument doesn’t add up is that while most consumers have a reaction while inhaling the vaporized products, most do not see a reaction when smelling or sniffing the oil in its liquid state.

A promising start, but let’s explore some other possibilities…

Although dying in popularity, some companies rely on fillers such as polyethylene glycol (PEG) to thin out their cannabis oil. This chemical, which is well known to chemists, is not known to cause irritation and is so safe that it’s often used in eye drops. However, further research has shown that PEG can take on other forms when vaporized, most notably: formaldehyde. (Which is why a lot of cartridge distributors have stopped using PEG.)

So, could fillers be the culprit?

Doubtful, since users of purer cartridges seem to let out a few sneezes when they’re puffing on the “good stuff” as well.

But still, worth considering!

Some medical cannabis patients blame the heat emitting from their vaporizer for the reason they sneeze.

It might sound odd, because a bigger inhale usually means you’re coughing rather than sneezing, but there could be some solid reasons for sneezing as well: Concentrates must be heated to vaporize, which means you’re essentially breathing in heated air.

Could sneezing be another way your body is expelling the hot substance?

A lot of patients say yes!

Terpenes are what give cannabis its wonderful aroma. “Citrusy,” “fruity,” and “skunky” are all words used to describe the scent of any good bud, and they all rely on terpenes to exist.

Those same scent-giving chemicals may also be the reason so many patients find themselves looking for tissues.

If your vape has a nice scent or taste to it then, more than likely, the manufacturer has maintained and/or added some terpenes to the mix. Limonene or linalool, which are popular terpenes featured by many products, oxidize into irritants on their own or when combusted.

Methacholine and benzene are well known irritants that form during the transformation from liquid to vapor. (To limit this exposure, set the temperature on your atomizer as low as possible or avoid terpenes altogether by using only the purest forms of extract.)

Once again, a promising hypothesis!

In the end, all of these reasons are theoretical at best. Sneezing as an outcome of vaping is definitively common and after all the research and scientific analysis that has taken place as to why, the final answer still seems to be: Researchers just don’t know.

As science continues to take aim at the numerous mysteries of marijuana, we may discover the cause for “vape sneezing” in the near future. Until then, stay tuned (and keep a box of tissues nearby)!

Ready to get started?

CannaMD has a team of certified medical marijuana doctors ready to answer any questions you may have. Give us a call at (855) 420-9170 and let us know how we can help!

You can also find out if you qualify for medical marijuana treatment by filling out a quick online application!