What Is Medical Marijuana? 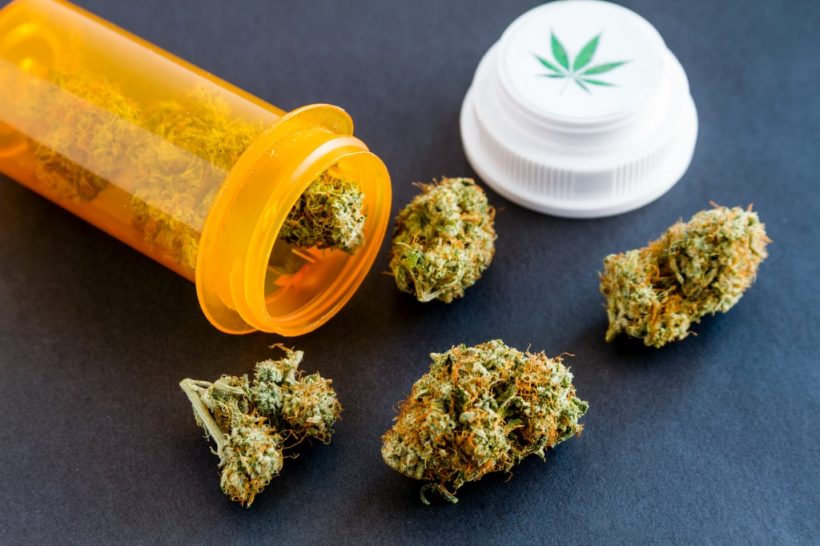 If you’re new to the cannabis community, medical marijuana can seem a little confusing. But not to worry! CannaMD is committed to fostering patient education and making treatment as easy to understand as possible! So let’s start at the beginning, with some medical marijuana basics…

Marijuana (also known as cannabis) is a variety of the Cannabis sativa plant, which is part of the Cannabaceae family. While researchers are still trying to pinpoint an exact number, recent studies suggest marijuana contains over 100 unique chemical compounds called cannabinoids.

Cannabinoids are what make marijuana “work”. (More on that in a later post…)

For now, all you need to know is that different cannabinoids do different things. For instance, tetrahydrocannabinol (THC) gives marijuana its psychoactive effect. Cannabidiol (CBD), on the other hand, exerts its influence without any type of “high.”

Marijuana as medicine dates back to 2900 B.C., with the Shennong Ben Cao Jing (an ancient Chinese text) recording prescribed uses for rheumatic pain, malaria, and other common ailments. Archaeological and historical accounts also suggest cannabis was used, in combination with wine, to anesthetize patients during surgery.

While Western medicine didn’t pick up on the treatment until the early 19th century, researchers were quick to hop on board; by the end of the century, there were over 100 publications on medical cannabis in Europe and the United States.

In 1976, the United States Controlled Substances Act classified cannabis as a Schedule I drug, abruptly halting most marijuana research and making access to critical resources for future studies difficult to achieve.

In 2017, the National Academy of Sciences released a report that reviewed 10,000 scientific abstracts and reached nearly 100 conclusions that found countless medical uses for marijuana and cannabis-derived products.

Wondering what’s the difference between “regular” marijuana and medical marijuana? (You’re not alone! We get that question a lot!)

The short answer? It depends on where you are and what you’re using it for.

Marijuana is marijuana. So the distinction really comes down to legal definitions (currently decided by each state) and how the plant is being used.

In a nutshell, “regular” or recreational marijuana is used without any medical justification.

Although products used by recreational marijuana consumers and medical marijuana patients are derived from the same plant species, they are generally utilized for different purposes (i.e., to get high/alter one’s current state of being vs. symptom alleviation). Accordingly, recreational and medical users often seek different marijuana products with various constituent compositions based on the desired effect. Recreational marijuana users often seek products high in THC, the main psychoactive constituent of the cannabis plant, and while medical patients may also choose products with high THC levels they often seek products high in other potentially therapeutic cannabinoids.

So what does Florida legislation say?

According to Senate Bill 8A, all parts of any Cannabis plant count; however, marijuana is only considered “medical” if it’s dispensed from a medical marijuana treatment center to a state-qualified patient.

Everybody gets so confused about hemp!

True story: Even the United States government can’t keep it straight! (For more on that mix-up, check out our blog post: What is Hemp? And Why Does It Matter?.)

Hemp is another variety of the Cannabis sativa plant. However, while hemp shares a lot of common properties with marijuana, there’s one big difference:

Hemp can’t get you high.

According to the Ministry of Hemp:

Yep, it might not sound exciting, but hemp seeds are primarily used in food products (such as bread, milk, and cereal) and/or made into oil (including fuel, paint, and ink). Fiber from the plant’s stalk is often used in clothing and construction.

Fun fact: Hemp is more sustainable and 60 times faster to market than lumber.

Still confused? Think about marijuana and hemp as siblings. They share much of the same genetic makeup, but they’re two unique individuals.

Tell me more about cannabinoids

Still curious? Keep learning with some of our favorite posts:

Wondering if you qualify for medical marijuana treatment? Find out for free by completing a quick application!

CBD (cannabidiol): Often, but not always, the second-most abundant cannabinoid in marijuana

CBN (cannibinol): Cannabinoid known for its ability to promote sleep and relaxation

Hemp: A non-psychoactive variety of the Cannabis sativa plant

Medical marijuana (as defined by Florida Senate Bill 8A): All parts of any plant of the genus Cannabis, whether growing or not; the seeds thereof; the resin extracted from any part of the plant; and every compound, manufacture, salt, derivative, mixture, or preparation of the plant or its seeds or resin, including low-THC cannabis, which are dispensed from a medical marijuana treatment center for medical use by a qualified patient

Let us know in the comments section, below!