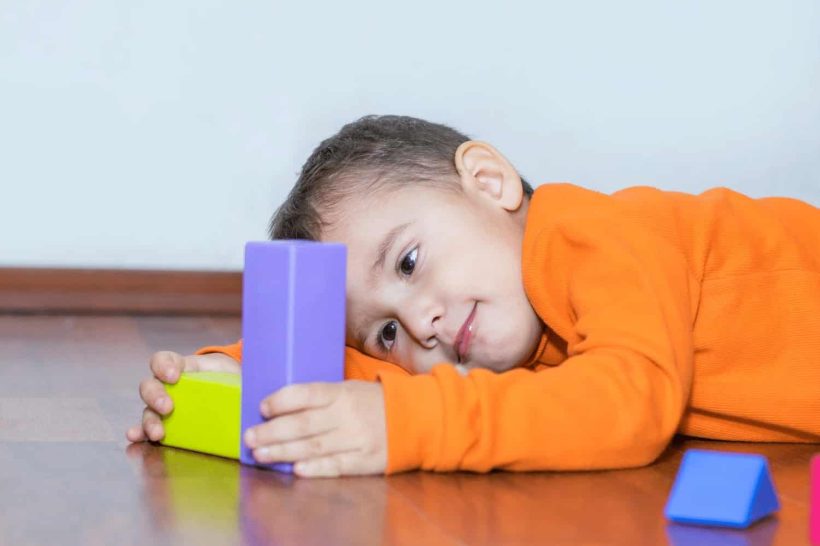 And now, recent research out of Brazil adds one more disease to CBD’s bliss-list: autism. In the study’s own words, its results are “very promising.”

While the word autism may bring to mind certain traits and behaviors, many people lack a clear understanding of exactly what autism spectrum disorder (ASD) is.

According to the the American Psychiatric Association:

The effects of ASD and the severity of symptoms are different in each person.

Some aspects of autism continue to confound the world’s brightest scientists. Autism rates have risen 300% over the past three decades for reasons that nobody can quite pin down.  Further, there is no known cure for autism — only medications and therapies that serve to make life more manageable.

Which is why scientists, like the ones we’re about to review below, are working so diligently to learn more about autism spectrum disorder.

CBD may block PTSD memories, decrease anxiety, and promote better sleep. (It might as well be called the cannabinoid that can do it all!) So it’s only natural to wonder — especially given the problems with conventional autism treatments — if CBD could help this particular disorder.

Fortunately, the research so far says yes. And a study entitled, “Effects of CBD-Enriched Cannabis Sativa Extract on Autism Spectrum Disorder Symptoms: An Observational Study of 18 Participants Undergoing Compassionate Use,” might just be the most promising research to date.

Perhaps with CBD’s favorable impacts on epilepsy in mind, study authors were quick to note that “non-epileptic autism [may share] underlying etiological mechanisms” with epileptic diseases.

Putting two and two together, might CBD’s anti-epileptic benefits carry over into the world of autism on some underlying level? Researchers thought so… and they were about to prove it.

As its name implies, this study followed 18 autistic patients through 9 months of treatment with a CBD-enriched cannabis extract containing 75 parts CBD and 1 part THC. The cannabis extract itself was taken in the form of capsules.

As mentioned earlier, the results were pretty impressive. Almost every single patient who made it through the study demonstrated improvement in more than one of the following areas:

The strongest improvements came in areas like seizure activity (which 5 of the 18 patients had), ADHD, sleep disorders, and social interaction.

How much improvement, you may ask? Good question:

In the world of autistic treatments, these sorts of changes are very significant. And unlike conventional treatments, which are known to cause major side effects, the side effects that patients experienced in this study were about as mild as could be.

As the study authors summed things up:

Among the 15 patients who adhered to the treatment (10 non-epileptic and five epileptic) only one patient showed lack of improvement in autistic symptoms.

But what about THC? While research has primarily focused on CBD, new studies are beginning to probe the potential of other cannabinoids, including THC (which is known to produce marijuana’s psychoactive effects).

According to a 2018 study published in Molecular Autism, anandamide signaling might be involved in the pathophysiology of autism (anandamide is an endocannabinoid that binds to the same receptors as THC):

As the Psychiatric Times summarizes:

Research studies have suggested that anandamide produces effects similar to, but less intense than, those associated with THC. Because of this similarity, researchers theorize THC has therapeutic potential in the treatment of autism.

READY TO TAKE THE NEXT STEP?

If you or someone you love has autism, have hope. Medical marijuana may provide the opportunity to overcome autism’s most challenging symptoms.

If you’d like to learn more about medical marijuana, please download our FREE e-book. CannaMD also has a team of certified medical marijuana doctors who are prepared to answer any questions you might have! You can reach us at (855) 420-9170 to find out how we can help you on your journey with autism.