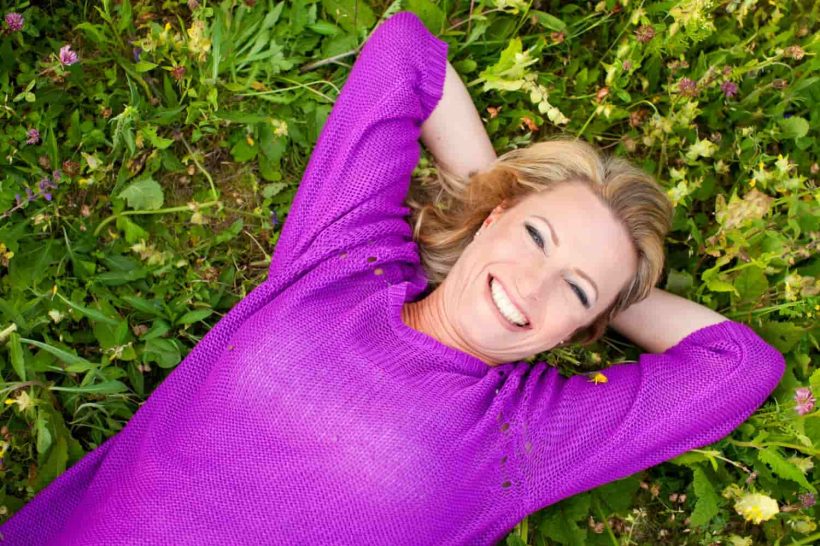 Menopause typically occurs in women during their 40s or 50s. As menopause approaches, the body begins to produce less estrogen during a phase known as perimenopause. Women may notice some changes in their body due to this hormonal imbalance, but these changes can hit hard once menopause begins. During menopause, which usually lasts about one year, the body is no longer producing estrogen. As a result, women can experience an array of frustrating and even debilitating side effects.

Some women turn to hormone replacement therapy and various medications to address these symptoms, but cannabis may be one of the best solutions for addressing changes in the endocannabinoid system and other effects of menopause.

Endogenous cannabinoids and CB1 and CB2 receptors are located in the ovaries, and their activity peaks during ovulation. Since women going through menopause no longer ovulate, they can experience a lack of activity in the endocannabinoid system that leads to many of the common effects of menopause.

The marijuana plant contains a variety of cannabinoids, including THC, CBD and CBN. These cannabinoids interact with the endocannabinoid system much like our endogenous cannabinoids, producing many of the effects that commonly associated with cannabis.

For women experiencing a cannabinoid deficiency due to menopause, the natural cannabinoids found in marijuana can stimulate endocannabinoid system activity to address a range of menopausal symptoms.

Weight gain is one of the most commonly cited effects of menopause. Although cannabis is often associated with the stigma of sitting on the couch and eating junk food, recent studies have shown that marijuana use doesn’t necessarily lead to weight gain. According to a 2014 study, the cannabinoids found in marijuana may actually increase one’s sensitivity to insulin. A lower insulin resistance means that the body is better at using glucose for energy, and it will store less fat as a result.

The same researchers also found that:

Another study published by The American Journal of Medicine supported these findings, concluding:

For more information, see one of our most popular articles: Why Does Marijuana Make You Lose Weight?.

Women experiencing menopause often struggle with anxiety. Mood swings and depression can also be an issue, which are occasionally side effects of other menopausal symptoms. Anxiety and other mood changes can result in a range of symptoms, leaving patients tired, irritable, tense or confused. However, multiple studies have shown that marijuana can have a substantial impact on these symptoms.

A study from Washington State University had remarkable results:

Researchers also found that women experienced more relief from anxiety with medical marijuana than men did.

This study shows that not only is marijuana effective in reducing stress, anxiety and depression, but also that it may be especially beneficial for women who are struggling with menopausal symptoms.

Migraines and other headaches caused by menopause can be particularly debilitating. Unfortunately, migraine treatments can be expensive and provide little relief. Marijuana is often overlooked, however, and may be able to provide more reliable relief at a fraction of the cost.

Adding further support, a study shared at the Third Congress of European Academy of Neurology concluded that the cannabinoids found in marijuana are just as suitable for preventing migraines as any other pharmaceutical treatment.

A disrupted sleep pattern can lead to a slew of other problems with mood and regular body functions. Marijuana’s ability to quell fatigue and encourage sleep is perhaps one of its most well-known qualities.

Cannabis has been used to reduce obstructive sleep apnea, treat patients who don’t sleep well due to PTSD, and to help patients suffering from chronic pain achieve an enhanced quality of sleep. It should come as no surprise that medical marijuana can also aid women who are experiencing fatigue or difficulty sleeping due to menopause.

Menopause can start to affect intimate relationships due to its impact on libido. Women may also experience decreased natural lubrication as well as pain or decreased sensation during intercourse. If you’re concerned about the effects of menopause on your sex life, cannabis may be able to help that, too.

A 2016 study published in the Journal of Sexual Medicine found that over two-thirds of women who consumed cannabis before intercourse believed that it made their sexual experience more pleasurable.

Another study found that cannabis increased the frequency of sexual activity:

Finding relief from other menopausal symptoms may also help ignite your desire for intimacy. By relieving a range of menopausal symptoms, medical marijuana can produce an improved quality of life and a greater sense of well-being.

Can I Qualify for Medical Marijuana?

Although menopause in and of itself does not qualify Florida patients for medical marijuana, you may be eligible for treatment based on diagnosis of another qualifying condition.