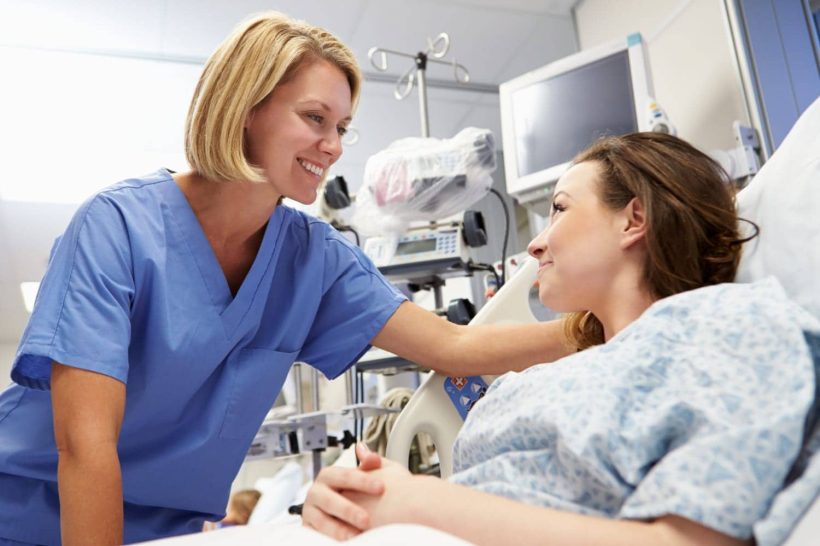 “Marijuana might help you come out of the hospital alive!”

Okay, so that statement is a bit too sensational… but the underlying premise is based on findings from a recent study with the more mundane title: Marijuana Use Associated with Decreased Mortality in Trauma Patients.

The study, which was conducted by researchers at UCLA, compared in-hospital death rates for trauma patients based on indications of marijuana use, as determined by drug test screening on admission. Based on results from a sample of some 141,000 patients aged 18 and older, the authors concluded:

The study authors did not attempt to draw any conclusions as to why marijuana users had indicated lower death rates while in the hospital, instead stating:

The lack of an explanation for these findings may lead some to view this news with a degree of skepticism. But what makes this reporting noteworthy is that it is not the only study to indicate that marijuana users have a decreased risk of mortality when hospitalized for a number of conditions.

A study published in July 2020 in the journal Cureus reported on a survey of 4.5 million patients admitted to the hospital for issues related to congestive heart failure. In comparison to the overall sample, the patients who tested positive for marijuana were one-third less likely to die during their time in the hospital, and had a shorter length of stay.

In addition, the authors noted:

Again, no conclusions were drawn from these findings, and the authors noted the need for more in-depth research to identify possible causal relationships between cannabis use and the prevalence of heart failure.

The adds of in-hospital mortality among cancer patients was significantly reduced among marijuana users compared with non-users.

This statement was among the conclusions drawn from a study published in Cancer Medicine, based on a survey of 3.5 million hospital patients aged 40 and older, of which approximately 10% were identified as marijuana users. Study data also indicated that among all hospitalized patients surveyed, marijuana users were approximately 80% less likely to have a diagnosis of cancer (1.2% vs. 5.5%) compared with non-users, while noting that among among cancer patients there was a slight increase in lymphatic cancer diagnosis among marijuana users (25% vs. 22%).

Marijuana users admitted to a hospital with severe burns have a 99% chance of coming out alive. Heavy drinkers… not so much. That’s according to a report titled Marijuana Use is Protective in Burns, published in the Journal of Burn Care & Research. Report findings were based on a ten-year survey of some 3,300 burn victims requiring hospitalization. By segmenting patients based on routine admission blood and urine toxicology screens, and modeling for parity of injury severity, the researchers reported:

This led to the conclusion that:

In our patient cohort, marijuana use appears to be protective in acute burn admissions, despite classic teaching that illicit drug use leads to poorer outcomes.

COPD is the fourth leading cause of death in the United States. According to a study published in the journal Cannabis and Cannabinoid Research, marijuana users were less likely to die of chronic obstructive pulmonary disease (COPD) while in the hospital. This conclusion was reached based on a survey of 6 million hospital admissions for COPD.

After reviewing the data, the authors stated:

Similar evidence was presented during an annual meeting of the American College of Chest Physicians when a resident physician at Yale New Haven Health reported that “use of marijuana was associated with a 37.6% reduction in the odds of dying in the hospital among patients diagnosed with COPD.”

A 10-year study conducted by a research team at the University of Miami looked at the potential impact of cannabis use on mortality, morbidity, and cost of care for patients hospitalized with acute pancreatitis. Assessments of some 2.8 million subjects were adjusted for a range of factors such as age, sex, race, income, hospital characteristics, and the Charlson Comorbidity Index to provide parity of condition. After all data was analyzed, the research team reported that compared to non-cannabis-exposed patients, cannabis-exposed hospitalized patients with acute pancreatitis had:

By way of explanation, they added:

This finding has support in previous literature because the neuroprotective effects of cannabinoids have been implicated in a variety of neurodegenerative diseases such as Alzheimer’s disease, Huntington’s disease, and multiple sclerosis.

With continued research, more information will be uncovered regarding the therapeutic potential of THC, and further therapeutic interventions may be established.

CannaMD will continue to provide updates on the potential benefits of medical marijuana as new research emerges. If you feel you have a condition that would benefit from cannabis-based therapies therapy, CannaMD is here to help. Find out if you qualify for medical marijuana treatment today by completing a quick application or calling (855) 420-9170.