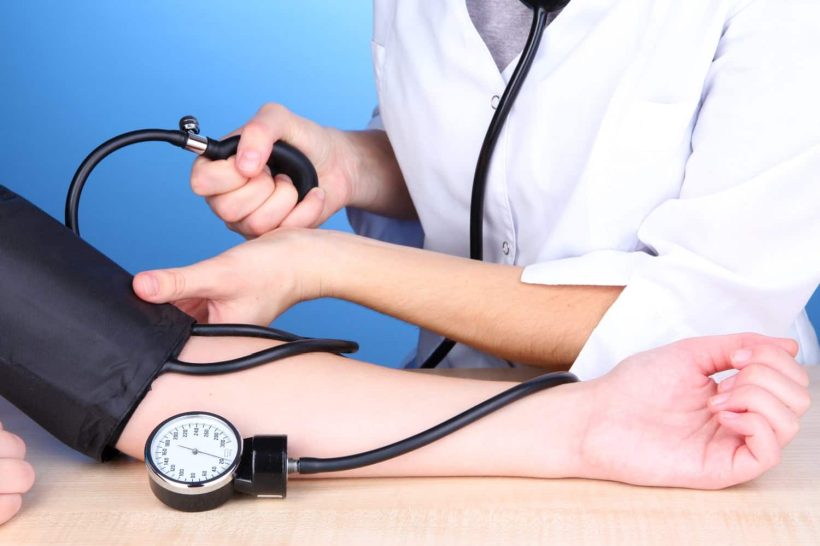 Can medical marijuana help control high blood pressure? A precursory Internet tour on the subject with “Dr. Google” yields conflicting results, with some layman-focused medical sites and a limited number of scholarly publications posting warnings of elevated blood pressure and increased risk of cardiovascular disease associated with marijuana use. Conversely, there is an almost equal number of sources reporting just the opposite, citing marijuana as an agent for lowering blood pressure.

Today, CannaMD takes a closer look at this complicated area of research.

Hypertension is a National Epidemic

Given the serious consequences and widespread prevalence of hypertension in the general adult population, the possible role medical marijuana may play in the reduction of blood pressure certainly warrants a closer look.

Endocannabinoids and the Heart

A number of studies have identified the role that the human body’s endocannabinoid system plays in the regulation of heart activity. When released by vascular tissues, endocannabinoid neurotransmitters such as anandamide and 2-arachidonoylglycerol activate cannabinoid CB1 and CB2 receptors to relax arteries and reduce cardiac effort. When activated as a stress response to circulatory shock or a heart attack, these endocannabinoids provide protective effects that can decrease tissue damage and arrhythmia, and, on a broader basis, may reduce the progression of atherosclerosis.

There is also evidence that the release of endocannabinoids can increase vascular dilation to normalize blood pressure. In a study published by Circulation, the authors state:

[E]ndocannabinoids tonically suppress cardiac contractility in hypertension and that enhancing the CB1-mediated cardiodepressor and vasodilator effects of endogenous anandamide by blocking its hydrolysis can normalize blood pressure.

Targeting the endocannabinoid system offers therapeutic strategies in the treatment of hypertension.

A 2005 review of literature on the subject of blood pressure regulation by endocannabinoids came to a similar conclusion, with the authors stating:

The endocannabinergic system plays an important cardiovascular regulatory role not only in pathophysiological conditions associated with excessive hypotension but also in hypertension. Thus, the pharmacological manipulation of this system may offer novel therapeutic approaches in a variety of cardiovascular disorders.

By the 1970s, clinical animal research had established the method by which THC acts to lower blood pressure in laboratory conditions. These findings spurred interest in the potential therapeutic use of medical marijuana as an agent for blood pressure regulation, with one of the more noteworthy findings coming from a 1979 study reporting that hypertensive subjects who were administered inhaled THC showed an initial increase in heart rate, followed by a marked decrease in systolic blood pressure and diastolic pressure. These effects lasted for a duration of three to four hours, and occurred with greater intensity among hypertensive subjects as compared to a normotensive control group.

Initial enthusiasm for medical marijuana’s potential use in blood pressure regulation was tempered, however, by conflicting reports on the long-term efficacy of marijuana treatments, with some animal studies indicating subjects developed a tolerance for THC administration that negated the hypotensive effect, while other studies reported no evidence of the development of tolerance associated with continued use.

The increased understanding of the specific chemistry involved in the hypotensive effects triggered by THC has led to a renewed interest in the subject. A 2000 review in the journal Chemistry and Physics of Lipids notes:

Cannabinoids, the bioactive constituents of the marijuana plant and their synthetic and endogenous analogs cause not only neurobehavioral, but also cardiovascular effects. The most important component of these effects is a profound decrease in blood pressure and heart rate.

Most recently, a 2021 study of hypertensive adults aged 60 who were prescribed medical marijuana showed that after three months of use, subjects had collectively lowered systolic and diastolic blood pressures by an average of 5.0 mmHg and 4.5 mmHg respectively. Peak effects were noted at three hours after cannabis therapy, with ongoing effects for a 24-hour duration.

The discussion on medical marijuana as an agent for controlling hypertension and normalizing blood pressure has been muddied by seemingly conflicting reports on the long-term safety of use. One of the most chilling warnings comes from a report published in the American Journal of Medicine. Based on a Behavioral Risk Factor analysis of some 130,000 adult marijuana users, the study authors concluded:

Frequent marijuana smoking is associated with significantly higher odds of stroke and myocardial infarction or coronary artery disease, with a possible role in premature cardiovascular disease.

However, this type of analysis does not always provide an accurate picture of risk, as it looks at a broad swath of both recreational and medical marijuana users, and does not always take into account other lifestyle variables that may come into play. To create a more accurate picture, studies must exclude confounding variables such as alcohol consumption, unhealthy behaviors, additional drug use, and other variables that may be associated with recreational marijuana use.

An explanation of this effect comes from a study in the American Journal of Cardiology, which states:

In multivariate analysis, the associations between marijuana use and systolic blood pressure and triglycerides disappeared, having been mainly confounded by greater alcohol use in marijuana users. In conclusion, although marijuana use was not independently associated with cardiovascular risk factors, it was associated with other unhealthy behaviors, such as a high caloric diet, tobacco smoking, and other illicit drug use, which all have long-term detrimental effects on health.

A study examining the association between marijuana use and cardiovascular disease in U.S. adults published in December 2020 states:

Our study found that there is no link to marijuana use and an increase in cardiovascular disease.

Additional support for this position comes from a 2021 review of literature published in the American Journal of Medicine in which the authors stated:

Marijuana itself does not appear to be independently associated with excessive cardiovascular risk factors.

Research into the potential use of cannabis for the treatment of hypertension and the normalization of blood pressure is ongoing. As new information on the subject becomes available, CannaMD will continue to provide updates to help medical marijuana users make an informed decision on their treatment options.

How To Get Your Medical Marijuana Card