Is Marijuana More Popular Than Tobacco? 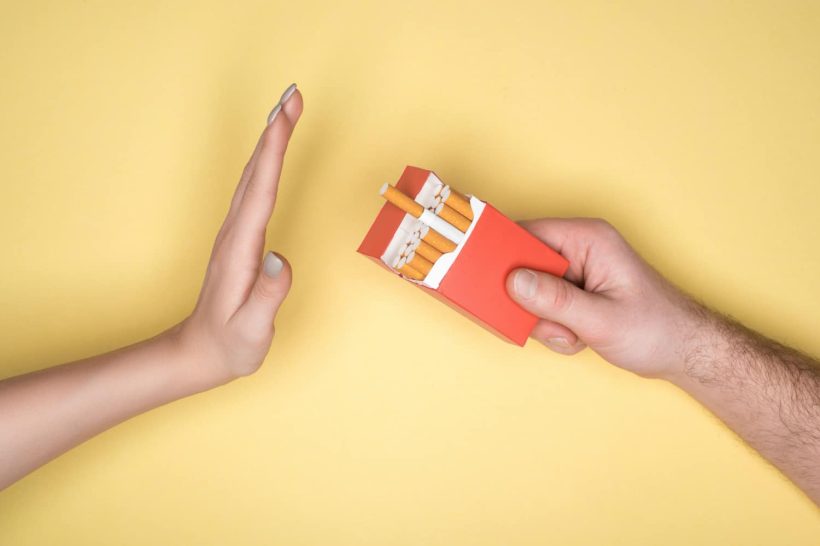 As time goes on, it feels as though tobacco use is drastically decreasing, whereas marijuana use continues to rise in popularity.

However, are we actually seeing these assumptions reflected in the data?

For readers that remember the D.A.R.E. anti-drug campaigns from the early 1990’s, you’ll notice that anti-marijuana programs have faded into the background as anti-tobacco campaigns have gained traction. Could exposure to different ads be playing a role?

Today, CannaMD takes a closer look at tobacco cigarettes, cannabis, and society’s preference when it comes to smoking.

Marijuana has a rich history of both medical and recreational use around the world. However, smokable marijuana gained mass popularity in the United States during the 1920’s thanks to Prohibition. Historians believe that when alcohol was outlawed, people began to search for an alternative substance to lift their moods. Marijuana fit the bill, and thus the little green plant took its place in history as a “party favorite” among American adults.

But, while recreational use held steady, marijuana’s reputation as a purely social substance soon changed. As more and more research emerged suggesting medicinal properties, cannabis took on a different role. Public sentiment shifted as headlines touted the therapeutic potential of cannabinoids in treating a variety of conditions, ranging from cancer to PTSD to Crohn’s disease.

52% of Americans, 18 years of age or older, have tried marijuana at some point in their lives.

(Since the poll was conducted in 2017, four additional states have legalized marijuana – which indicates the probability of an even higher number of adult users in present-day than those originally reported.)

THE ROLE OF EDUCATION

According to the Centers for Disease Control and Prevention (CDC), cigarette smoking in American adults dropped from 42.4% in 1965 to just 14% in 2017.

But what caused this change?

While the answer is complex, with a number of contributing factors – including the ad campaigns discussed earlier, the CDC highlights an important influence: institutionalized learning.

According to the U.S. Census Bureau, in 1960 only 7.7% of the adult population completed a college degree. In 2018, that number skyrocketed to 35%. However, during this same period, cigarette smoking decreased.

As the CDC reports, in 2017 current cigarette smoking was highest among persons with a general education development (GED) certificate and lowest among those with a graduate degree:

On the contrary, college students’ use of marijuana was at the highest levels seen in the past three decades in 2016, and that trend remained true in 2017, according to a national study.

So back to our original question: “Is marijuana more popular than tobacco?”

According to the data – although marijuana has battled with the government for decades – its use is now wildly more popular than cigarette smoking!

By those figures, marijuana is 60% more popular than tobacco cigarettes!

CIGARETTES BY THE NUMBERS

According to the CDC, cigarette smoking is the leading cause of preventable disease and death in the United States, accounting for more than 480,000 deaths every year, or about 1 in 5 deaths. 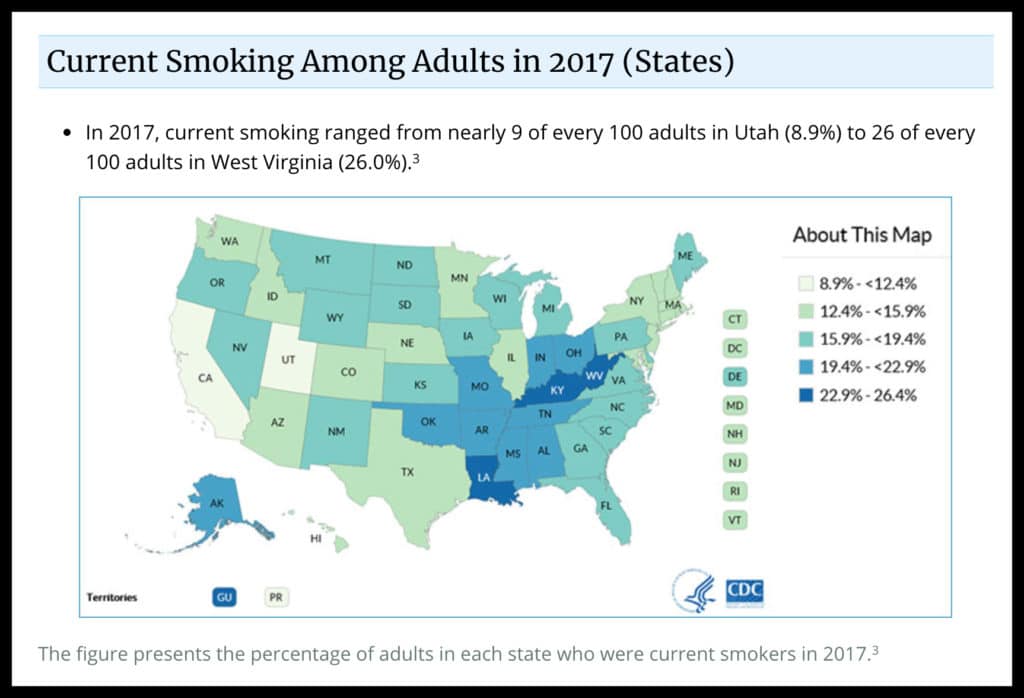 A single 800-mg oral dose of cannabidiol (CBD) reduced the salience and pleasantness of cigarette cues, compared with placebo, after overnight cigarette abstinence in dependent smokers.

While more work is needed, this study provides hope for countless Americans struggling to quit.

If you live in Florida and are eager to learn more about why marijuana has become so popular, fill out an easy online application or give us a call today at (855) 420-9170 to chat further and see if you qualify![

McKenzie Lewis has been a member of the CannaMD marketing team since 2018. Prior to joining CannaMD, she attended the University of Central Florida where she received a Bachelor’s of Science degree in psychology. When it comes to cannabis research, she is especially interested in the application of marijuana as a treatment method for insomnia.
Categories
Related PostS