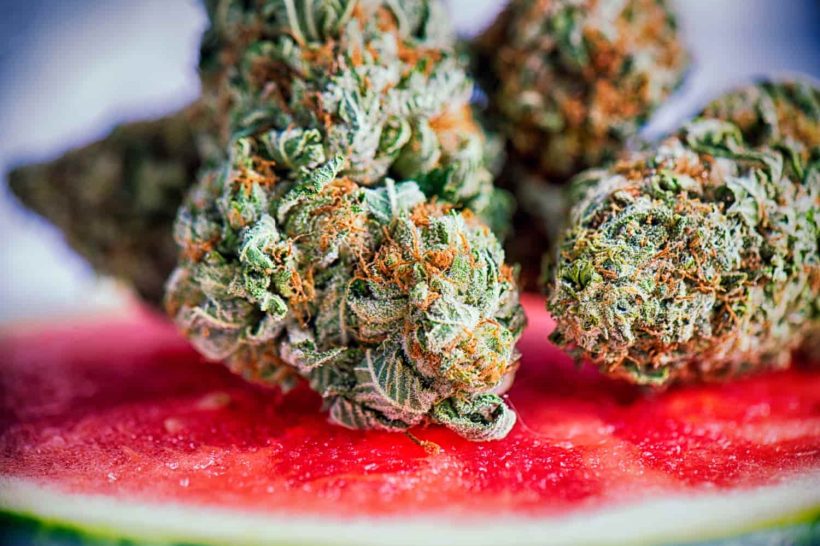 When you go to a medical marijuana treatment center, you will be presented with a variety of different cannabis strain options, most of which have very unique flavor profiles. This is largely due to the effect of terpenes. Terpenes are the main constituents of essential oils as well. These are basically molecules that provide smell, flavor, and color to cannabis products, and they contribute to the overall effectiveness of medical marijuana.

Terpenes are a type of language that can be easily understood across species. When you smell a particular cannabis strain, you’re receiving communication from the plant in the medium of terpenes. This is more than just an arbitrary smell, however – it tells us something about the plant and makes us feel a certain way.

Terpenes are believed to enhance the healing effects of cannabinoids in medical marijuana through synergistic effect. This means that the combined effect cannabinoids and terpenes have on a patient is greater than if the patient were to only consume cannabinoids or only consume terpenes. Since terpenes make up such a large part of the cannabis plant, we should examine their importance in detail.

HOW DO TERPENES WORK?

The first mention of the entourage effect – or mechanism by which certain cannabis compounds interact to influence the effect of others – came from a study that looked at the molecular regulation of cannabinoids. The author noted that terpenes enhanced the medicinal properties of cannabinoids. This synergy between cannabinoids and terpenes can help with pain, inflammation, depression, anxiety, and addiction.

The presence of terpenes is also believed to be responsible for “taming” the effects of acute THC intoxication. In 2001, researchers with the Journal of Cannabis Therapeutics documented clearer thinking and improved memory with a combination of cannabis and calamus root (another plant high in terpenes).

Alpha-bisabolol has a mild, floral, peppery smell. It also has been used in cosmetics because of its healing properties. Alpha-bisabolol has been found to block the effects of mutagens on the liver, and is a potential anti-bacterial, having treated food poisoning caused by Campylobacter. Alpha-bisabolol is a natural compound found in chamomile. It’s been shown to alleviate pain and protect the brain from degeneration. This could make it a valuable treatment for Parkinson’s and Alzheimer’s disease.

Eucalyptol is a terpene characterized by the smell of eucalyptus and menthol. It has been used as an ingredient in cosmetics and healthcare products due to its anti-bacterial and anti-inflammatory properties. It is now being studied for its potential use in treating Alzheimer’s disease, as it helps reduce plaque inflammation. It is a decongestant, anti-inflammatory, and antioxidant. This makes it effective for sinus and digestive problems. It is also shown shown potential in fighting leukemia and colon cancer cells.

Limonene has shown potential in treating depression and anxiety. Limonene has anti-inflammatory properties and has also been studied in breast, prostate, and pancreatic cancer.

Linalool is a floral, woody, and fruity terpene with anticonvulsant and analgesic effects. This terpene acts on the opioid and cholinergic systems to relieve pain and acts as an anticonvulsant, similar to diazepam. It can be used to treat anxiety and has been used as a relaxant for thousands of years.

Myrcene has a scent similar to mangoes, oranges, and lemons. Studies have shown that myrcene can be used as an analgesic and anti-inflammatory agent by increasing cellular membrane permeation. Myrcene is also noted for its antioxidant properties, and has been shown to relieve muscle tension and induce sleep.

Ready to try medical cannabis and need your card? Give CannaMD a call at (855) 420-9170 or complete a quick online application!

Brianna Madrigal serves as an Outreach Liaison with the marketing team at CannaMD. She earned her undergraduate degree in Public Health from the University of Miami, where she focused specifically on cannabis interventions and psychedelic research.
Categories
Related PostS