How to Reverse Marijuana Tolerance 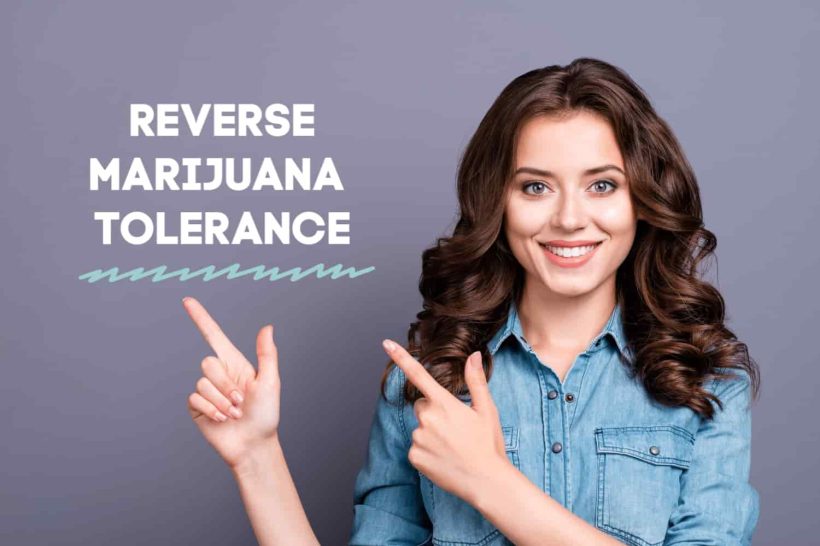 Do you ever feel like you aren’t getting the full benefits from your medical cannabis therapy? You might be developing a tolerance for marijuana.

Research has shown that frequent cannabis use can reduce the body’s natural affinity for marijuana by desensitizing our natural cannabinoid receptors, which becomes less effective at binding with the cannabinoids found in marijuana. Fortunately, this effect is reversible, and can be accomplished with a number of simple practices that can naturally reset and boost your body’s affinity for cannabinoids and the other compounds in medical marijuana, such as terpenes.

Relax and Skip a Few Meals

The cannabinoid responsible for marijuana’s psychoactive effects, THC, is stored in fatty tissues. It’s been proven that taking a day off from eating can stimulate the release of this stored THC. The same studies show that boosting the release of adrenocorticotropic hormone (ACTH) can trigger a similar release. One of the best ways to encourage your body to increase ACTH production is to decrease your stress levels.

Another way to release THC stored in your fatty tissues is through exercise. A 2013 study showed that the release of THC stored in body fat can be increased by up to 15% by exercise, and will continue to be released for up to 28 days if you take a break from marijuana.

For more on marijuana and exercise, see:

Are Marijuana & Runner’s Highs the Same?

If cannabis doesn’t seem to be working as well as it used to, it might not be you building up a tolerance. It might be the marijuana loosing strength. Research has confirmed that the way marijuana is stored can affect its potency.

Exposure to light has been shown to be the single greatest cause of degradation of THC content, and exposure to air is also bad, as it causes oxidation. That’s the same process that turns a piece of cut fruit brown when left out in the open. Storage temperature seems to be less important, but experts suggest that marijuana be stored in a sealed, lightproof container at room temperature to maintain its potency.

You might not want to wait the full 28 days for a total reset, however. It has been pointed out that some degree of tolerance may be desirable, as it tends to mediate the psychoactive effects of THC while still providing the benefits of THC, CBD, and the many other cannabinoids found in marijuana.

If you aren’t comfortable with completely pausing your marijuana therapy, consider changing your routine or methods of medication. As of yet, there hasn’t been much lab research on the benefits of changing dosages, products, or delivery methods to decrease marijuana tolerance, but there’s a lot of commentary from patients in the medical marijuana community to support this strategy.

One popular option is to switch strains. Another is to try new methods of uptake, perhaps switching to tincture oils or trying a vaping or dabbing device. There’s some buzz on the Internet over the strategy of eating mangoes to increase the uptake of myrcene, which in turn boosts the body’s affinity for THC. As of yet, there’s not much hard science supporting this popular notion, but it might be worth giving it a try. Other myrcene-boosting foods include broccoli and nuts. So at the very least, you’ll be enjoying a healthful diet to complement your medical marijuana therapies!

To learn more about dietary influences on marijuana potency, see: